The Congress president isn’t the only Rahul Gandhi contesting from the rural district in Kerala.

It was confusion at the peak for voters who had turned up to vote for Rahul Gandhi in Wayanad — they did not know which button on the EVM to press, for there was not one, nor two, but three Rahul Gandhis who were contesting from the same seat!

For our reference here, we shall call the Congress President Rahul Gandhi RaGa-1.

RaGa-2 is Rahul Gandhi K E — the 33-year-old independent candidate, who is a research scholar on folk music and a resident of Erumeli village in Kottayam, Kerala. His younger brother's name is Rajiv Gandhi K E.

RaGa-3 is Raghul (with a “g”) Gandhi — a 30-year-old consultant hailing from Coimbatore in the neighbouring state of Tamil Nadu — running as the Agila India Makkan Kazagham party candidate, with the support of the Hindustan Janata Party. 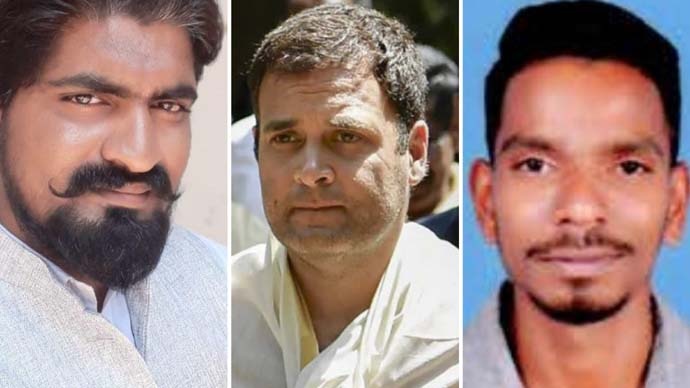 RaGa-1 is the son, grandson and the great-grandson of former Prime Ministers of India.

RaGa-2 is the son of late Kunjumon, who was a driver and a Congressman, besides being a die-hard a fan of the Gandhi family — leading him to name his sons Rahul and Rajiv Gandhi respectively. According to the local panchayat member Prakash Pulikkal, “The sons have no links to the Congress, but Rajiv is a CPM follower. Their mother, Valsamma, is a daily wage worker. I don’t think he has consulted or informed anyone at home when he filed his nomination, as everyone in their locality was surprised to hear about the candidature.”

Raghul Gandhi — RaGa-3 — says, “My father Krishnan P was a local Congress leader, who later switched to AIADMK. During his Congress days, I was born and was named Raghul Gandhi K. My sister was named Indira Priyadarshini. Today that name given by my father has helped me take on the Congress president.” Raghul also adds that the contest in Wayanad was his third attempt in electoral politics. He had reportedly contested in 2016 from Singanallur constituency in Coimbatore during the Tamil Nadu assembly elections, and for the Coimbatore civic body elections in 2014. Third time lucky, you think?

With namesake candidates often fielded to hurt the chances of mainstream candidates by confusing voters, the Election Commission has introduced candidates' photographs on EVMs for the first time this election — the Congress scion seems to be vying with not only his father, grandmother and great-grandfather’s legacy to join them in the list of Prime Ministers of India, but is having his own namesakes likely to eat into his votes as the voters who wanted to bring RaGa-1 to power are flummoxed in the polling booth — most of them haven't seen him to be able to recognise his photo.