Why BJP must 'beg' for votes now

In India, begging is perfectly respectable. Begging for votes is actually demanded. It gives voters a great ego boost.

Stranded on the tarmac of the fog-steeped Delhi airport, that too in the bantam-sized ATR 42-600, cannot be a pleasant experience.

Waiting to go to Shimla, with its topographically special airport and tiny runway, you don’t know whether you are going to take off or be returned unceremoniously to the terminal.

As you wait anxiously, the plane is cold, the engines being shut; besides, you are not permitted to use the washroom on the stationary aircraft.

However, even an unenviable interlude of this sort, when you are forced to do nothing else but think, may help clarify certain questions.

For instance, the three-trillion dollar question — for that is the size of the Indian economy — as to who will win the 2019 elections? 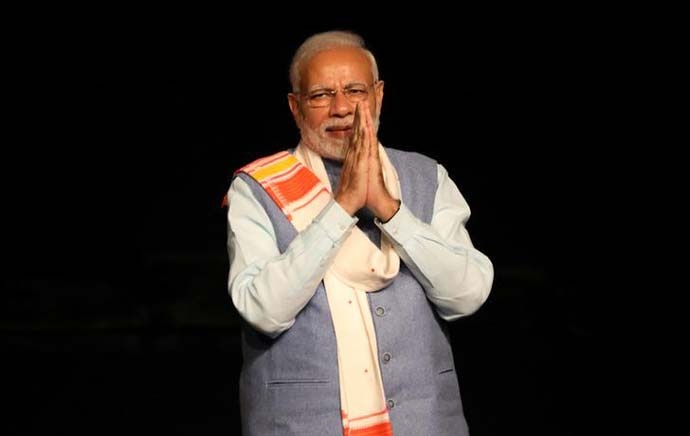 There’s a bit of a lull as both the ruling BJP and the Opposition Congress camps appear somewhat subdued and quiet during this year-end holiday season.

But this, as we all know, is only the calm before the storm.

The reverses in the three Hindi heartland states, Rajasthan, Madhya Pradesh, and Chhattisgarh, have undoubtedly made the BJP and its sympathisers jittery.

But, as one senior leader told me, “This time we won’t be caught on the wrong foot as with the ‘India Shining Campaign.’ We have been given a rude jolt, which the party and its cadre need to use to their advantage to reassess strategy.”

I was struck by how positively the top brass was taking the defeat, which was quite unexpected, at least in two out of the three states mentioned above.

The challenge for the BJP, going by these results, is how to change the voters’ perception.

Data shows that the Congress has not only fared better in poorer parts of India, but also among farmers and weaker sections of society.

It would seem that their recalibrated caste calculus is starting to show positive results.

At the same time, if the 2017 survey by Pew Global is anything to go by, over 55 per cent of Indians support “a strong leader” who “can make decisions without interference from Parliament or the courts.”

This is the highest percentage in any democracy in the world.

In other words, Indians do not approve of a feeble or indecisive leader at the Centre. This favours the BJP and PM Narendra Modi, arguably independent India’s strongest leader. 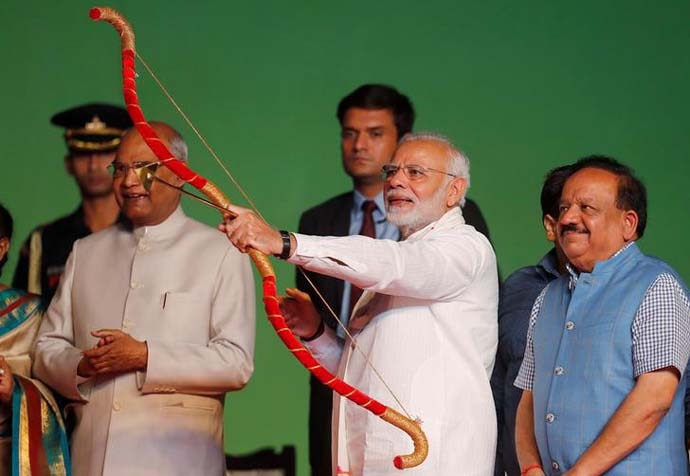 Indians do not approve of a feeble or indecisive leader at the Centre. This favours the BJP and PM Narendra Modi. (Photo: Reuters)

But this is the paradox — while the Indians appreciate a strong leader, they cannot stomach an arrogant or complacent political party.

What the BJP therefore needs is to totally change its image in 2019.

From the ruling party, it must, so to speak, become the “begging party” — begging, that is, for votes from the Indians.

I have deliberately used a very harsh word, but let us remember that in India, begging is perfectly respectable.

Not just for money, which may at times be frowned upon, but certainly for food, which is still not considered disreputable, especially for those who don the garb of renunciates.

Begging for votes, on the other hand, is actually not only desirable but demanded. It gives voters a great ego boost.

Parties must be suitably meek, when they approach even the poorest of our citizenry for votes. However deprived they may be, Indian voters know that they can make or break the fortunes of any government, at least once in five years. They have, in the past, made the most mighty and arrogant of our leaders eat humble pie, if not bite the dust.

What is more, he is also seen as somewhat of a renunciate, turning his back to the comforts and happiness of family life in order to serve his country. The austere life and role of a true public servant suits him. A more acceptable leader must be kept in reserve for the eventuality of a really crippling reversal of fortunes. (Photo: Reuters)

The BJP, thus, must cash in on this image of the strong, but renouncing leader, working unselfishly for the people.

At the same time, the party must climb down from its perch.

Ministers must stop endlessly rattling off the great achievements of their government. Instead, all must adopt the most unpretentious posture while campaigning.

Rather than seen to be boasting of their achievements, they should say, “You can judge what we have done. Even if we fell short of your expectations here and there, tried our best. Please give us another chance to serve you. We promise to do better.”

Such humility will make the voters feel empowered. They are in charge and may show some generosity towards a party which has tried to serve them so sincerely.

Finally, the BJP must have a plan-B.

If it cannot garner sufficient votes, a more acceptable leader — to conciliate and accommodate allies — must be kept in reserve for the eventuality of a really crippling reversal of fortunes.

That is what realpolitik demands.

Coming back to my flight, eventually, even as I myself reached some clarity in my thinking, the fog cleared too.

Our plane did take off and — what is more — land in Shimla. The magnificent range of the snow-bound Himalayas came into view, quite literally the silver-lining to what had begun as a dark, overcast, and fog-ridden morning.

Post your comment
#Congress, #BJP, #Assembly elections 2018, #Lok Sabha elections 2019
The views and opinions expressed in this article are those of the authors and do not necessarily reflect the official policy or position of DailyO.in or the India Today Group. The writers are solely responsible for any claims arising out of the contents of this article.