Our farmers need long-term solutions, not promises of loan waivers and MSPs.

Farmers and farm-related issues have increasingly found support and government empathy — a sure sign that the voting season is here. The poor, the downtrodden, the backward find lots of mention in poll season simply because they make up more than seventy per cent of the 130-crore strong population.

That has been the story of politics in the country so far and it continues. Be it the party in power, out of power, aspiring for power, kings and kingmakers — all queue up. All political parties, big and small, popular and marginal are on the same page on this one. 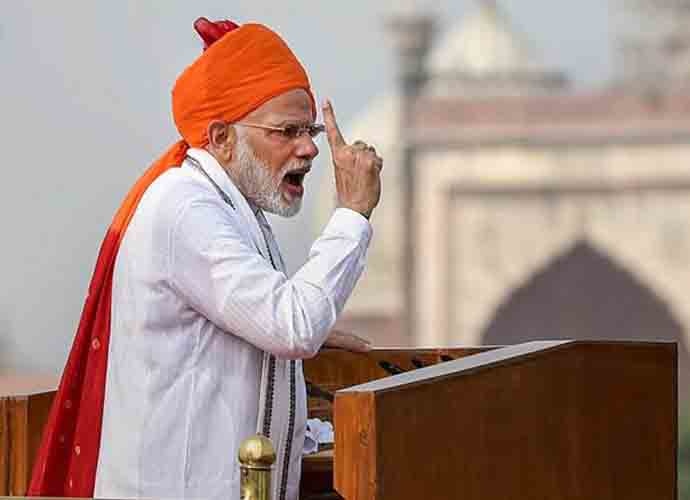 The latest round sees, the All India Kisan Sabha, the Centre of Indian Trade Unions and All India Agricultural Workers Union organising a mega rally of farmers in the national capital on November 29 and 30.

Leaders of all Opposition parties have been invited to elucidate and propose on how they would address agrarian distress and various issues plaguing the farming community, if they are voted to power in 2019, on the concluding day of the rally. Interestingly, BJP has not been invited.

Congress president Rahul Gandhi will be among top Opposition leaders who will put forward their views and plans. It is a welcome step and it is expected that the discussion will focus on what is on in the kitty of the Opposition parties for the farmers and not like normal electoral rallies where three fourth of the airtime is consumed about what the party in power is doing wrong.

The Congress chief's participation is an effort by the Congress party to make agrarian distress a major poll plank. It is not clear if Rahul Gandhi is listening – his speeches are currently carrying a bit too much on deconstructing Rafale jets. The party will like to focus more on farmer's problems, especially in rural areas. 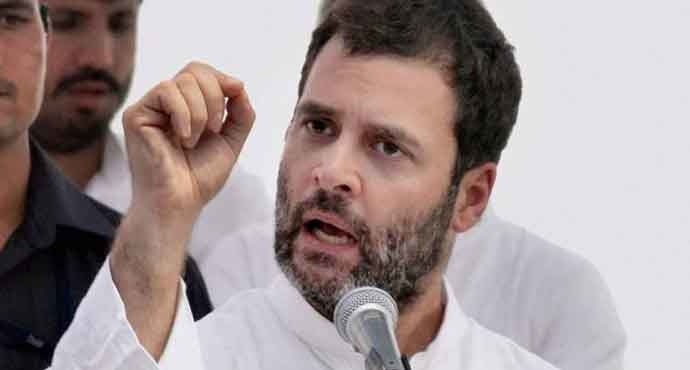 the Congress manifesto for Chhattisgarh and Madhya Pradesh are chiefly focused on the agrarian crisis. (Photo: PTI)

Uttar Pradesh was lost – badly. Now the party needs to win the three states of Chhattisgarh, Madhya Pradesh and Rajasthan, which has 65 Lok Sabha seats. Of these, the BJP had bagged 62 in the 2014 general elections. If the Congress is to avoid a repeat it needs to perform well here and now.

In fact, the Congress manifesto for Chhattisgarh and Madhya Pradesh are chiefly focused on the agrarian crisis. It has promised loan waiver and welfare measures, including enhancing minimum support price for crops, more or less in line with what the Swaminathan Commission recommended.

From a historical perspective, the Congress party cannot avoid its responsibilities for the far distress that is plaguing India. it was the party which was in power, in the centre and states for the longest time since independence. The incumbent government, on its part, could do little to alleviate the socio-economic status of the farmers.

The government has changed, yet nothing has changed for the farmer. Then Congress and Manmohan Singh were in the crosshairs, and today it is PM Modi and BJP. Rahul Gandhi has time and again reiterated that as soon as Congress comes to power, farm loans would be waived. He never misses an opportunity to emphasise that PM Modi is averse to waiving farmer's loans.

However, the issue is that farm loan waiver is not going to solve anything. More or less every farm loan waiver has failed in its objective of bringing indebted farmers out of the debt trap. The main reason is that most of the farm loans are not from institutionalised sources.

The Mudra loan scheme was probably the easiest way to get a loan but its implementation has left a lot to be desired. Secondly, any loan waiver or non-repayment of loans adversely affects bank health, which in turn affects every sector, including the agricultural sector.

Moreover, a huge chunk of our farmers are the small and marginal ones, who are usually unable to secure bank loans and neither are the banks are interested in them. They will get absolutely no benefit from a loan waiver scheme.

On the MSP issue, it must be remembered that we have made it a habit of pursuing a short-term, emergency relief measure as a long-term solution. Over-dependence on MSP will make farming a non-profitable operation in the near future. It will also affect crop diversity and quality adversely. It is hard to understand why a farmer, after doing a good job – reaping a bumper harvest will have to rely on minimum support price? The agricultural infrastructure of the country needs to be upgraded, modernised. (Photo: PTI)

Go, visit a neighbourhood vegetable or fruit mandi and you shall know how much it is. On a separate note, the agrarian community would like to see a policy measure to deal with those unfortunate families that have lost their primary breadwinner to suicide related to farm distress.

Often those left behind have no means to fend for themselves, leave alone repay a loan. Any measure to deal with this aspect would go a long way in addressing and easing farm distress and resultant human suffering.

The incumbent government speaks of doubling farmer's income. It will not happen with loan waivers and MSPs alone. While both of these measures will have their utility as short-term distress relief the focus should be on the overall development of the sector. The agricultural infrastructure of the country needs to be upgraded, modernised.

The farm sector needs a consolidated policy that will address issues of seeds, fertilisers, irrigation, power, weather forecast, cold chain, crop insurance, and above and over all a market where the farmer can meet the buyer, the consumer. The e-mandi concept of the government was ok on paper but on ground, implementation remains low.

The original proposal was of setting up over 400 e-mandis – the farmers need probably a couple of thousand. The day that is done I doubt if you will see our farmers on the streets, fighting for their survival and profession. That day, probably MSP and loan waiver would cease to be poll sops and India would have taken a huge leap towards development.

Also read: Madhya Pradesh elections: How people can get Congress and BJP’s attention to the Bhopal gas tragedy victims

#Narnedra modi, #Rahul Gandhi, #MSP, #Farm loan
The views and opinions expressed in this article are those of the authors and do not necessarily reflect the official policy or position of DailyO.in or the India Today Group. The writers are solely responsible for any claims arising out of the contents of this article.