The Congress finally seems to have got its politics right, after playing the liberal NGO for far too long, where decisions were taken keeping in view political correctness to please the chattering classes of a few cities. Indira Gandhi once referred to Kamal Nath as her ‘third son’. (Source: Twitter)

Kamal Nath is a known Congress loyalist, one so close to the Nehru-Gandhi family that Indira Gandhi referred to him as her ‘third son’.

Seventy-two-year-old Nath brings a huge amount of experience to the table for the party, one that has seen many storms come and pass by.

While many brand him as a 'Dilli darbari', there is no denying the fact that Nath has kept himself so firmly rooted in Madhya Pradesh that even the 2014 Narendra Modi tsunami failed to dislodge him.

Nath has held his fort in Chhindwara since 1980 — the only time he lost the election was in 1997, to Sunderlal Patwa.

The Congress has shown that the party is not going to rest on its laurels now. The party has won the Assembly election, but which political observer can forget, despite 15 years of an incumbent BJP government, what a closely-fought cliff-hanger of a contest it was. The grand old party won 114 seats in the 230-member Assembly — but the BJP also managed to secure 109.

If the Bahujan Samaj Party (BSP) and Samajwadi Party were to support the BJP, Madhya Pradesh could have thrown a rude shock in Congress’ face.

Given the challenging landscape it now faces, where every foe and friend will count, the party has shown sagacity in not falling prey to the ‘progressive’ narrative of giving its young leadership a chance at power. Politics is akin to the game of snakes and ladders — one wrong move can be a party’s total nemesis.

Power has returned to the Congress after a long, hard slog. In choosing Kamal Nath, it has shown it's not as bothered by what the liberal intelligentsia would say as it is about retaining its grip on that power, any which way. Given that it is a political party, this is only logical. 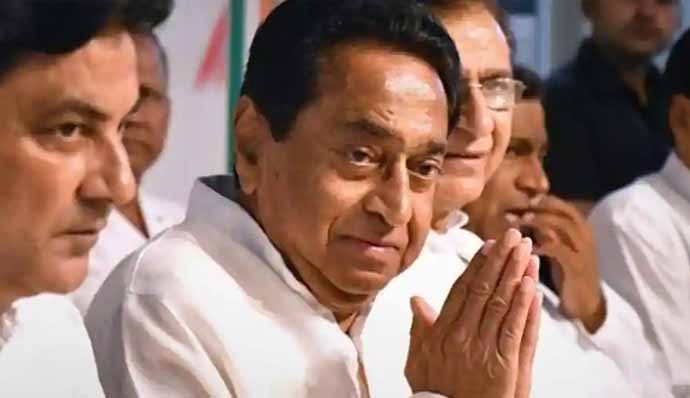 The Congress can present Nath as its ‘development man’ in 2019. (Source: PTI)

It was Kamal Nath, sent just about six months ahead of the crucial elections, who moved the artillery to take on the might of the Rashtriya Swayamsevak Sangh (RSS) cadres campaigning and canvassing for the BJP, backed by BJP president Amit Shah’s discreetly built election machinery.

As president of the Madhya Pradesh Congress state unit, Nath has shown his experience, gathered over years of working on the ground. His shrewd knowledge of ground realities, and the people who make these, is the sanjivini booti that the Congress has been missing on the ground.

Making Nath the chief minister now would be the Congress way of telling the world that the party is back in the political reckoning — and a statement of how serious a contender it is for the mother of all election battles, coming up in 2019.

Jyotiraditya Scindia, the other contender for the chief minister’s chair, might appeal to the youth, but politics is not merely about making symbolic moves. Charisma matters — but in the political heat and dust of India, it also wears off pretty soon. You need the ruggedness that leaders gather by working in the field, among the people, reaching out to them, hearing them, which ultimately prepares battle-hardened fighters. Leaders who can look the opponent, right in the eye. Leaders who are not afraid of appearing cynical even. Jyotiraditya Scindia had age to his side, but that can't match Kamal Nath experience. (Source: PTI)

There is another plus for the Congress here. The development work undertaken by Nath in Chhindwara presents a model worth emulating for legislators across India. He has promised to replicate that model across the state. His reportedly friendly relations with businessmen will help him drive investment in a state where joblessness has been among the top causes for voting the BJP out.

When the Congress enters the 2019 poll fray, it can present Nath as its ‘development man’, stealing that narrative from the BJP.

Having fought and won his first election in 1980, Nath is now a seasoned politician. Politics between parties is brutal, politics within parties is vicious. Most step out of the fight, relegating themselves to lives of political oblivion.

Kamal Nath is not one of those.

His position in the party hasn’t changed, no matter what the season.

A politician that seasoned is what the Congress needs now, given how acrid the fight is going to be in 2019. Madhya Pradesh will send 29 MPs to the Lok Sabha in 2019. And every seat will count.

In choosing Nath, Congress has shown it is serious about each.