With elections round the corner in Madhya Pradesh, every political development needs to be gauged from the perspective of its likely impact on the political shifts in the state. In a recent development, a socio-political group, Jai Adivasi Yuva Shakti (JAYS), has thrown in its hat in the political arean with an announcement to contest 80 seats in West Nimar region of Madhya Pradesh.

This comes after another significant development in which Gondwana Gantantra Party (GGP), a tribal outfit holding sway in around two dozen Assembly constituencies in east Madhya Pradesh, dumped Congress to announce its alliance with Samajwadi Party. Jai Adivasi Yuva Shakti and the Congress may contest the Madhya Pradesh elections together. (Source: Reuters)

In the wake of the growing disenchantment with the BJP in the tribal community, furthered by the changes in the Scheduled Castes and Scheduled Tribes (Prevention of Atrocities) Act (SC/ST Act), which exposed the schism existing between the upper castes and the Scheduled Tribes, and increased the discontent among the SCs and STs; all that Congress needed was a slight tactical push to wrest this vote base from the BJP.

The 2014 elections were a turning point for the BJP, when for the first time it trumped Congress and wrested 37 per cent of tribal votes, while Congress could get only 28 per cent. The Mood of the Nation (MOTN) survey of Lokniti-CSDS shows that the BJP continued to enjoy support among the tribals till 2017. Since then it has seen a sharp fall in its popularity, which has shifted votes to the Congress. As of May this year, the BJP had lost almost 13 basis points, and Congress gained 16 basis points.

If this was the political dynamics before the SC/ST anger broke against the amendments in the act, it can be assumed that the BJP support among the tribals, could have further eroded. Thus, for the Congress, the tribal votes seem to be for the taking.

But with two emerging forces in MP, and one of the forces in the east having dumped Congress, can the grand old party turn this shifting political dynamics to its advantage?

The emerging force in the west

JAYS is of particular interest in the political arena as it started as a Facebook page. The organisation now enjoys over one million supporters in 10 states, including Madhya Pradesh, Jharkhand, Rajasthan, Chhattisgarh and Odisha.

On the ground, it might lack force, but at least in the virtual world, it holds the power to sway elections. The founder of JAYS, Hiralal Alawa, worked as a doctor in AIIMS before returning to his hometown in Dhar district to "take the fight for the rights of tribal people to the next level". His philosophy found an instant echo among the educated youth, and gradually the discussions widened to the issues of inclusive development and leadership challenges among tribal youth. 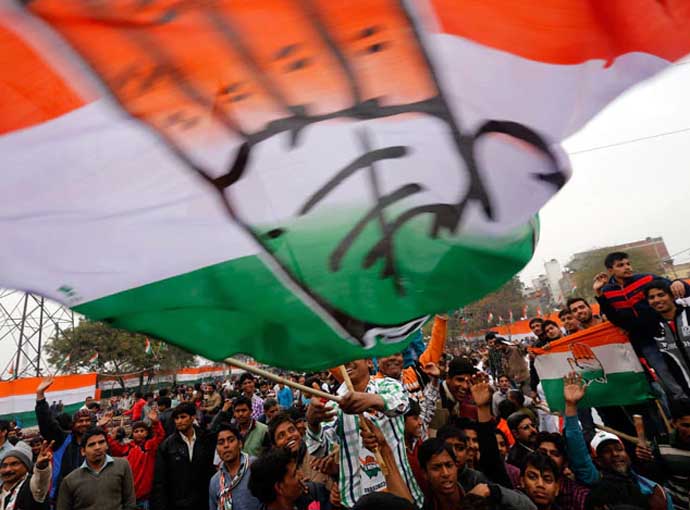 In 2013, he convened a panchayat of his Facebook followers in Barwani, which over 3,000 people attended.

Five years on, JAYS is creating a ripple in the West Nimar, where tribals account for about half the population. JAYS has emerged as a forceful voice in the region. Now, his rallies draw far more supporters like the recent one in Bukshi, Dhar, which was attended by over one lakh supporters. With a paucity of financial resources, no ground force, no experience of contesting elections, or have sinews to take on the political might of the two national parties, JAYS may not be able to make a big mark in the upcoming polls in MP, but it will still be able to wean a good percentage of tribal votes.

Even going by a conservative scenario, JAYS could play a decisive role in Ratlam, Jhabua, Dhar, Barwani, and the nearby areas, affecting as many as 25 Assembly seats.

JAYS has made its anti-BJP stand clear. And it has harnessed social media to bring together an articulate section among adivasis to make its political stand clear creating structures that go way beyond the virtual world. Its followers go to the villagers, to seek support for the group. In its appeals, JAYS has been harping on a mélange of issues, from cultural identity to socio-economic development of the tribal community. It puts the BJP government in the state to question with its discussions on social development indicators in the tribal dominated districts.

JAYS has been learnt to have held parleys with the state Congress leadership to form an alliance. It is learnt that JAYS is even willing to contest on Congress symbol. Having lost GGP, as an alliance partner, which could have given an ace up its sleeve, the Congress is learnt to have shown willingness to the JAYS proposal. JAYS has proved to be an instrumental force against the Rashtriya Swayamsevak Sangh ploys to hinduise tribal cultures in MP.

West Nimar, owning to its high Muslim population, like in Khargone (with Muslim majority), has also been a hotbed of communal pitches. Of late, JAYS has acted like a shield against any attempt to trigger communal tensions. And having made its stand against the BJP and RSS clear, JAYS is playing the same turf as Congress, and waging the same battle. With Dr Anand Rai, a prominent whistle-blower in the Vyapam scams, joining the JAYS as a political strategist, it is raising the same voices as Congress. This bond of familiarity brings the two parties on the same pitch. It remains to be seen how well the Congress adjusts to the challenge thrown by smaller outfits. (Source: PTI)

The boil in the East

Though politics in MP has been bipolar, the emergence of smaller political outfits has eaten into Congress’s vote share. In the East Nimar region, especially in the Rewa and Jabalpur tribal belts, the GGP has played a spoilsport for the Congress, restricting its chances in as many as 30 Assembly seats. Though the GGP may not be able to garner many votes, in a close contest, it will do well enough to damage Congress’s fortunes in Gondwana area.

The GGP also enjoys some presence in the neighbouring state of Chhattisgarh, where an alliance could have mattered more considering Ajit Jogi’s Janta Congress could steal a chunk of tribal votes from the Congress. In the last elections, GGP contested 42 seats but failed to win any. However, it garnered 2.5 per cent of the total votes polled.

With vote difference between BJP and Congress being less than one per cent in three consecutive elections, even a 2.5 per cent edge would matter. Similarly, division of votes between the Congress and GGP helped the BJP on almost 30 seats in 2013.

There cannot come a more opportune time for Congress to win back its central foothold. More importantly, these elections present an opportunity for the Congress to wrest its lost base of tribal voters. The shifting dynamics in central India has led to an emergence of progressive voices among the tribals.

In pursuit of progressive politics to lend voice and space to aspirations of every segment, political arithmetic doesn’t always count.