After 15 years of BJP, why Kamal Nath has no cakewalk facing him in MP

Madhya Pradesh’s debt today runs up to at least an approximated Rs 1.60 lakh crores because of the alleged misgovernance of the BJP government that was in power for 15 years before the Congress took charge two months ago.

Relying on populist schemes might have won the BJP three successive terms in the state — but, to my mind, it has destroyed rural Madhya Pradesh, be it in terms of administration or socio-economic development. The state’s law and order is in disarray, and there is reportedly a shortage of staff across various ministries and key departments in the state. Man with a Mission: Madhya Pradesh's Congress party CM Kamal Nath has his work cut out for him. (Photo: India Today)

It is going to be no mean feat to bring the state, currently in such chaos, to some semblance of order, and the Congress government is clearly struggling to do this in the aftermath of the BJP regime.

Most importantly, for a region heavily dependent on the farm sector, there is massive unemployment in the rural region, besides a dysfunctional rural education system and healthcare network.

Farmers are in distress, despite farming constituting over 50 per cent of the state’s economic activity. The low Minimum Support Prices (MSPs) have made the farmer a prisoner of loans — thereby, in my view, justifying the Congress Chief Minister Kamal Nath’s decision to have a state-wide farmer loan waiver of Rs 65,000 crore. 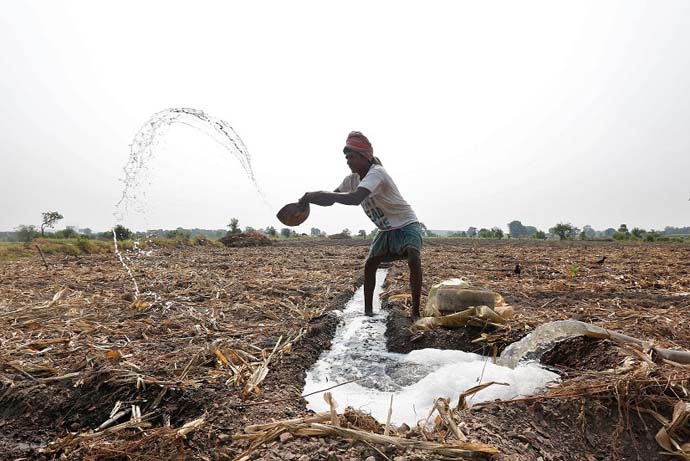 Madhya Pradesh, once an ideal for rural water management, is reeling under an acute agrarian crisis after 15 years of the BJP regime. (Photo: Reuters)

The state’s farm sector needs every possible support if it has to recover from the morass it has been left in.

Under the Congress, reportedly a clear message of ‘zero tolerance’ towards errant officials has been sent from Bhopal right down to the levels of the block and the panchayat. This is because in the past one and a half decades, the administration had apparently become inaccessible, a largely ineffective machine that only worked at the will of political bosses.

By starting the process of re-empowering police officers and government officials, the Congress government is hoping to revive a shaky administrative machinery. 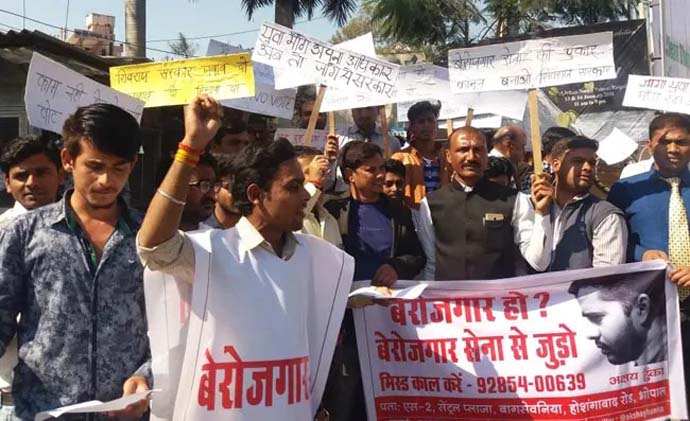 Battling high unemployment and anger in rural regions is going to be no cakewalk for the Kamal Nath government. (Photo: PTI)

In yet another move to salvage the state from fiscal breakdown, the government has been tightly controlling expenditure and austerity measures are being undertaken. This is only the tip of the iceberg though. Among one of the major policy changes emerging in MP is the focus on creating a farm-to-factory infrastructure and increasing MSPs for crops and pulses. Finally, a plan for the de-communalisation of institutions and syllabi is in the offing — in a vitiated atmosphere, this is needed both to restore institutional independence and the Constitutional values of equality of caste, creed, gender and freedom.

Critics might say that these are tall promises which the Congress government is making in the view of impending Lok Sabha elections — but, in fact, none of these promises is unachievable.

With the new style of working and an ‘out of the box’ approach at hand, there is no reason for Madhya Pradesh to not get back on the path of holistic socio-economic development. Certainly, as I see it, multiple attempts are being made towards this aim.

Also read: Why Kamal Nath could be the new poster boy for liberals