The Supreme Court on Friday decided that the judgment given in the Mahmood Farooqui case by the Delhi High Court is a "very well decided one". The top court, comprising a bench of justices SA Bobde and L Nageshwar Rao, dismissed the appeal of the American scholar against the high court judgment which acquitted Farooqui of rape charges, on the first hearing itself.

While acquitting Farooqui, the Delhi High Court had controversially said, "Sometimes a feeble no, means yes." There was much hope pinned on the apex court when the matter reached its door. In a hearing that lasted about 20 minutes, some observations and questions raised by the Supreme Court bench were deeply troubling. Here is a short account of the hearing because I was present in the courtroom:

It began with the bench pointing out how the two (Farooqui and the woman) weren't strangers to each other. Justice Bobde observed, "She knows him [Farooqui] well enough to make a drink for him." The bench went on to question the lawyer, "How many times did the complainant visit the house of Farooqui alone."

The court referred to an earlier incident when the complainant and Farooqui kissed despite the presence of Farooqui's wife in the house. The bench mistakenly thought that the incident is of the same day, but advocate Vrinda Grover informed that the instance of kissing did not happen on the day of the incident.

The bench went into a discussion on whether the complainant faked an orgasm which could have led Farooqui to believe that she gave her consent. The bench asked: "So, how did she communicate that she didn't have the consent? The lawyer responded by saying that the complainant said no several times. The judge interjected by saying, "Initially yes, but later there is a response wherein she says she faked (orgasm). People give fake smiles all the time. But how could the alleged accused know it was fake. She said she was afraid but what she did was completely contrary to someone who would be afraid."

The court insisted Vrinda Grover read the email written by the complainant to the accused after the incident, which talks about how the complainant felt her sexual autonomy is violated, how Farooqui became forceful and how she "went along" because she was scared. The complainant also told Farooqui how his behaviour was inappropriate and went on to say, "I love you and wish well for you but.." The court picked on this line: "Ms Grover in how many cases have you seen the victim saying I love you to the accused."

The lawyer tried to explain how it happens in cases where parties have known each other and victims are still coming to terms with their trauma. The court dismissed the plea.

There are two grounds on which the court primarily dismissed the appeal against the high court judgment. The first was whether the absence of consent was properly communicated to Mahmood Farooqui as the parties were known to each other and had a history of kissing each other.

The apex court seems to believe that because the complainant faked an orgasm towards the end of the sexual activity, it gave the defendant a presumption of consent. This argument is flawed.

First, if the complainant had repeatedly said "no" when the sexual activity began then faking an orgasm at the end cannot be conclusive proof that she consented. Consent in law is understood as the ability and freedom to make choices. The victim says she feared for her safety hence she "went along". This issue was dealt with in case of Doyle (2010) by the Court of Appeal in UK. The court came to the conclusion that the fact that the victim "just let him get on with it" was held to be no consent as there was a fear of harm.

In this case one can argue that the fear of harm was not immediate. Most common law countries follow this proposition. One can of course debate whether the threat of harm was immediate or imminent or whether the complainant was reasonable in holding such a belief. But the mere faking of an orgasm towards the end cannot be conclusive for Farooqui to reach the conclusion that she consented.

Let's move to the aspect of the proximity or the relationship between the parties. Both knew each other and had exchanged kisses earlier. But the past sexual conduct cannot be at any stage adduced as evidence for consent unless it can be directly established that it impinges upon the right of fair trial for the defendant. The test for adducing the evidence of past sexual conduct is pretty high even under the Indian law. It cannot be brought forth in ordinary circumstances, at least the law doesn't say so. In such a scenario for the bench to make observations like "she knew him well enough to make a drink for him" or "how many times she visited the house alone" raise some disturbing questions.

I wonder, whether the sexuality of a woman continues to be on trial.

The bench did clarify that they were not implying that making a drink or visiting someone's house gives one the right to rape, but having such questions is in itself problematic in a deeply violent and patriarchal society.

The language used in a rape trial is an important component in the entire process of delivery of justice. At no point did the court delve into the fact that the defendant was intoxicated. Was he capable of understanding the verbal and non-verbal cues of the complainant? Why wasn't the conduct of the defendant who was arguably in a position of trust not questioned at any point? 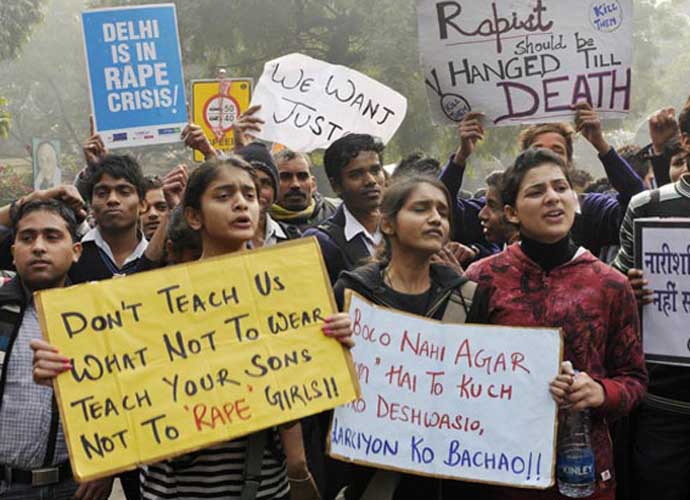 Now to the second and more disturbing aspect, which is of the email sent on March 30, 2015, two days after the incident. It is true that the complainant does say that "I love you…" but here is the full text of that email:

"I tried calling you, but was unable to get through, I want to talk with you about what happened the other night. I like you a lot. You know that I consider you a good friend and I respect you, but what happened the other night wasn't right. I know you were in a very difficult space and you are having some issues right now, but Saturday you really went too far. You kept asking me if you could xxx me and I knew you were drunk and sad and things were going awful. I knew that this wasn't going to help things and I told you many times I didn't want to. But you did become forceful. I went along, because I did not want things to escalate, but it was not what I wanted. I was just afraid that something bad would happen if I didn't. This is new for me. I completely own my sexually and I consider you a good friend. I like you. I am attracted to you, but it really made me feel bad when this happened. I haven't known what to say to you since then, I wasn't sure if I would say anything. In the end I consented, but it was because of pressure and your own force physically on me. I did not want things to go bad. I have only decided to tell you how I feel for your own well-being. I am afraid that if you don't realise that this is unacceptable, you may try this on another woman when you are drunk and she will not be so understanding. I do love you and wish you well. I want the best for you, whatever that is, but I also need you to know doing what you did the other night is unacceptable. I hope this doesn't affect our friendship, but am willing to deal with the repercussions if it does." (Source: Judgment of Delhi HC).

Few days later, on April 12, 2015, the complainant writes another mail which literally abuses Farooqui for the trauma and pain and how the experience has been haunting her ever since.

These mails should be understood in the proper context. This is an account of a woman who is still coming to terms with what has happened with her. As women, we often deny our realities unless they start haunting us. This is very well documented especially in cases where the victim and offender have known each other.

The words "I love you" should not be misconstrued without proper context and understanding. This is not about a lawyer weighing her each and every words, imagining this to be used as evidence in court, but rather a woman who is finding it difficult to accept the reality in the wake of a saexual assault.

Eventually it is for the courts to decide whether there was consent or not and yes the case of Farooqui is a difficult one. But the case has to be dismissed or admitted for the right reasons and in cases of sexual assault one can't ignore the language of it. The language is as important as the substance.