The latest 'star is born': Our liberals must go ga-ga over Mahua Moitra. Their other stars have vanished!

After Hardik Patel, Shehla Rashid, Kanhaiya Kumar and Atishi Marlena, Mahua Moitra is the latest gem in a long list of liberal heroes. None of them has much in common. Except one thing.

It was amusing to see all the Facebook and Twitter handles suddenly flooded with praises by the liberals and leftists for someone named Mahua Moitra.

Go, Mahua Moitra! Listing the 7 signs of fascism for the House, in the House, and pulling no punches. https://t.co/sGKIBy8NJu

Mahua Moitra is going to be an MP worth watching in the 17th Lok Sabha.Kaafi kickass maiden speech.#SansadWatchhttps://t.co/oTj65FDlUn

On further reading, I got to know that she had made a dramatic speech in Parliament, full of theatrics and an artificially agitated demeanour that, to my mind, could give perfect competition to eternally agitated NGO activists. But the speech itself was disappointing. It was nothing more than the usual left-wing clichés and tired rants that we have been subjected to for decades, warning us of the arrival of our doomsday as ‘fascism’.

In fact, it would have been just another torturously boring speech — if it were not equally sinister.

Ms Moitra belongs to the TMC and represents the Krishnanagar constituency in West Bengal where she was parachuted as a Lok Sabha candidate, after spending most of her adult life outside India. The move once again suppressed the emergence of genuine representation in a district with more than 25% SC/ST population. But then, the denial of representation along with the big talk on fascism, socialism, secularism, etc., is a standard modus operandi of the bhadralok authoritarianism that has undone Bengal.

To my mind though, this was a sinister speech because Ms Moitra belongs to the most brutal and oppressive regime in India. 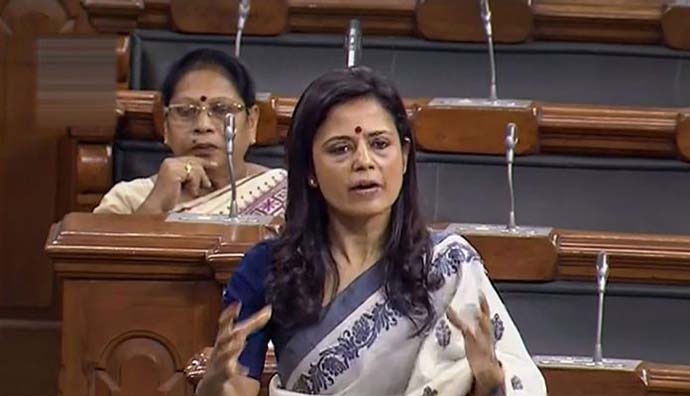 Under the TMC, Bengal has turned into a killing ground for opposition activists and supporters. BJP leaders and supporters are being hunted down on a daily basis reportedly by goons of the party that Ms Moitra belongs. And she was warning the country of 'impending fascism' under BJP rule. I never heard a more hypocritical speech!

It also seems that the praises she is receiving has less to do with the content of her mediocre speech but is more a sign of support for the physical liquidation of ‘those fascists’ by goons her party allegedly supports. This only shows how it's the liberal mind that is rigged — they can go to any extent, from supporting open political violence in Bengal to supporting Pakistani propaganda during the Balakot standoff, just because they hate the electoral verdict of the people of India.

But then, Mahua Moitra is just another gem in a long list of the false heroes of our liberals. Over the last five years, we have seen several such ‘stars being born’ to deliver us from fascism, which has been arriving since 1947. Sometimes, it is casteist anarchists like Hardik Patel — once the great liberal hope of stopping the BJP from winning elections. Sometimes, it is oddball communists like Jignesh Mewani — another great liberal hope to just destroy the BJP. Another time, it is ‘never was a communist’ type hardcore AISA leader Shehla Rashid who would uproot the BJP ostensibly by launching a JNU revolution from Ganga Dhaba to Chandrabhaga Hostel.

One time, it was even a DU student who ran — not to the police — but to TV studios to complain about alleged rape threats by ABVP without an iota of proof. It was left to poor ABVP to file a police complaint to investigate such threats while the lady in question vanished after writing a book and posing with the Gandhis. No one knows what happened to her case, celebrated though it was. 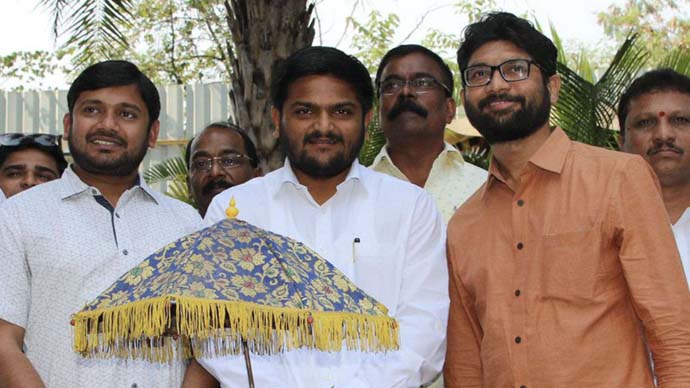 Then, they found their great hope in the bucolic caste leader, Kanhaiya Kumar, who had reportedly been pulled up for sexual harassment. The hope sunk without a whimper though as he lost the Begusarai election, even his own ward, to the BJP.”

He is nowhere to be seen now. For a brief time, there was also the disgraced jawan Tej Bahadur who had invited disciplinary action by the BSF. No one knows where he is now. Then they zeroed in on the protagonist at the centre of a fake pamphlet controversy, Atishi Marlena, as the perfect embodiment of the liberal dream. All she had to her credit, as I saw it, were propaganda pictures of some Delhi government schools with expensive tiles and debatable data on school results. The kind of work that is immensely loved by our NGO comrades. But she has been dumped after she was trounced in the election by a complete newcomer.

But how could our liberals possibly live without someone to carry forward their glorious fight?

So, they have discovered Mahua Moitra, whose shallow and theatrical speech would be an embarrassment in any serious Parliamentary discussion. She apparently opposes any action against terrorists and Pakistan for fuelling terror in India, claiming numerous lives. She instead seems to support the demographic war against the subaltern by advocating illegal immigration. Not surprising that for her, nationalism seems a great evil. And she apparently wants Hindus to just disappear from politics — while her party continues to defend a mob assault on doctors just because those involved were Muslims.

But then, it is no surprise that for now, Mahua Moitra is a hero of the liberals. We never know which ‘star’ will be born next season.

On my part, I am only interested to see when Ms Moitra might join the BJP. Before the Bengal elections or after, is the only point of interesting surmising for me here.

Also read: How Narendra Modi has busted Pakistan's myth and shown it India's glorious tradition of boldly fighting back

#BJP, #ABVP, #Jignesh Mevani, #Shehla Rashid
The views and opinions expressed in this article are those of the authors and do not necessarily reflect the official policy or position of DailyO.in or the India Today Group. The writers are solely responsible for any claims arising out of the contents of this article.