The TMC chief had once raised a storm in the Lok Sabha over ‘illegal Bangladeshis’ in Bengal.

In 2005, Trinamool Congress chief Mamata Banerjee had raised a storm in the Lok Sabha over “illegal Bangladeshis” finding their way into Bengal’s voter list. She was the principal opposition force to the then-invincible Left front regime in the state.

As the lone warrior, Mamata had demanded an adjournment motion to discuss the issue, terming it a “disaster”. When speaker Somnath Chatterjee dismissed her plea, she rushed into the well of the House and threw a sheaf of papers, before staging a dramatic walk-out. 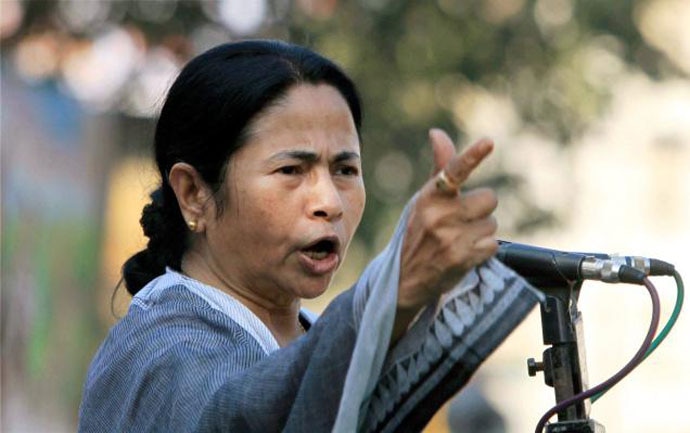 Mamata Banerjee's views on the immigrants have changed a lot in 13 years. (Photo: PTI/file)

Thirteen years later, what then has brought about a complete U-turn in Mamata’s stance, with the TMC coming out as the most strident opponent to the NRC in Assam?

The answer possibly lies in the changed political landscape of Bengal.

In her second term as chief minister, Mamata today has the BJP has her biggest opponent. For a state like Bengal, with its painful history of partition, the BJP’s polarisation agenda has brought to the surface deep wounds that had always existed, but mostly remained subliminal during the decades of Left rule.

The more the communal fissures widen, the easier it becomes for the BJP to make a dent. Initially, the polarisation only seemed to help Mamata consolidate her Muslim vote bank further. Constantly attacking the BJP and PM Modi, she cemented her image as the minorities’ sole saviour and Bengal as a safe haven for them.

But with the BJP quickly replacing the Left as her principal opposition, Mamata became somewhat jittery. Unsure of the reaction from the majority Bengali Hindu community, especially with the BJP's constant propaganda over her “appeasement politics”, Mamata was forced to take a leaf out of the saffron book.

The West Bengal CM, Mamata Banerjee has stated in the LS on 4.8..2005: “The infiltration in Bengal has become a disaster now... I have both the Bangladeshi & the Indian voters list. This is a very serious matter. I would like to know when would it be discussed in the House?”

Over the past two years, Trinamool leaders have proactively conducted Ram Navami and Hanuman Jayanti rallies to take the steam out of the BJP -VHP combine.

However, the Assam NRC report has provided Mamata a unique opportunity to counter the BJP's communal narrative, by playing the language card. Opposing the citizenship drive, the TMC has termed it the BJP’s “ploy to drive out ethnic Bengalis from Assam”.

While the BJP wants to gain from the rift between Hindus and Muslims in Bengal, Mamata hopes to tide over the communal divide using the Bengali ethnic identity. Here too, there is a subtle focus on the minority vote. 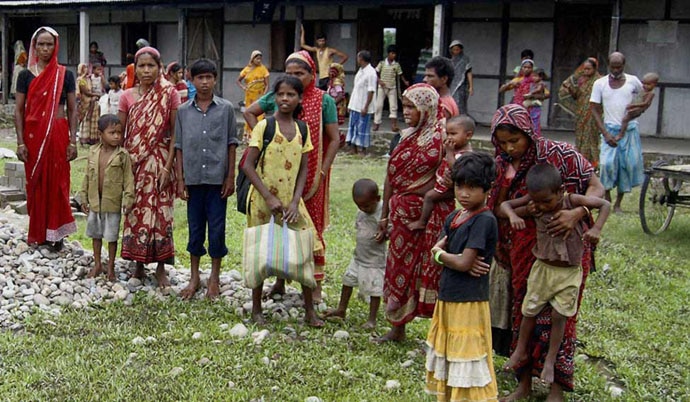 Mamata wants to demonise the BJP as a party that is 'targeting poor Bengali Muslims'. (Photo: PTI/file)

The TMC claims that in Assam, all Bengalis — be it Hindus or Muslims — are termed “Bangladeshis”, an umbrella term used for Bengali-speaking Muslims suspected to be illegal immigrants from the neighbouring country.

Vociferously coming out in protest against the NRC, the TMC is calling this a well-planned exercise by the BJP regime to drive out ethnic Bengalis (read Bengali-speaking Muslims) from the state. When asked if West Bengal would provide shelter to those being disenfranchised by the government in Assam, Mamata said, “We cannot push them back”.

For the same reason, her government had taken a stand against the Centre’s decision to identify and deport to Bangladesh Rohingya refugees, most of whom were Muslims.

Thus, Mamata’s current support for those whose names have been struck out from the citizens’ list in Assam is a strategy to demonise the BJP as a party that is targeting poor Bengali Muslims, while she also pushes a larger Bengali secular narrative, where the community unites based on its linguistic identity, casting aside the religious divide.

Also read: Muddying the Brahmaputra: How both Congress and the BJP are using Assam NRC draft for their own political ends

Post your comment
#Bengal, #BJP, #Bangladeshi immigrants, #Mamata Banerjee
The views and opinions expressed in this article are those of the authors and do not necessarily reflect the official policy or position of DailyO.in or the India Today Group. The writers are solely responsible for any claims arising out of the contents of this article.