Muslim 'protests' too little, too late: What were ‘prominent’ Bengali Muslims doing before Lok Sabha polls 2019?

A group of over 53 prominent Bengali Muslims, among them, educationists, medical doctors and others, have sent a letter recently to the West Bengal Chief Minister Mamata Banerjee, calling for strong action against Muslims allegedly involved in the attack on junior doctors in the NRS Hospital, Kolkata and reportedly on former Miss India Ushoshi Sengupta.

They wrote, "The attackers in both cases were members of our community. We are aggrieved and embarrassed. Bring the assailants to book, not just in these instances, but in every instance where Muslims are involved. They should not be allowed to get away scot-free just because they are Muslims. This will send out a message that members of our community are not being shielded or appeased (as most people believe)."

Very noble sentiments indeed — but where were these 'prominent' Bengali Muslims when Mamata Banerjee was following the policy of Muslim appeasement consistently and continuously since 2011 when she came to power?

Their voices were never heard earlier. Did the result of the 2019 Lok Sabha elections rouse them from their slumber? 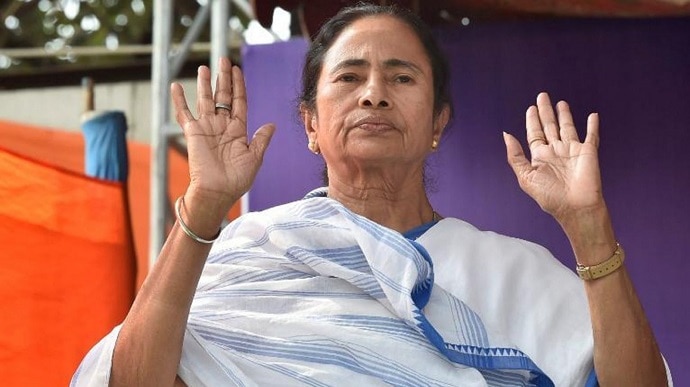 Is she even getting the message? Mamata Banerjee reportedly likened her Muslim vote bank to bovine creatures. (Photo: PTI)

West Bengal has 27% Muslims and 71% Hindus — Mamata Banerjee’s strategy was to keep Muslims as 'milch cows' for her vote bank (as she reportedly told media persons recently while going for Iftaar), overlooking the fact that there were Hindus too in West Bengal.

In April 2011, with an eye on the coming WB panchayat elections, Mamata announced salaries of Rs 2,500 per month for imams and Rs 1,500 per month to muezzins of each of the 30,000 mosques in the state. She also ordered the grant of land to imams for building houses and funds for the education of their children. This order was struck down by the Calcutta High Court, which called it arbitrary and squandering of public money to get votes. The Court observed, "It is well settled that the state cannot patronise or favour any particular religion. Secularism is part of the basic structure of the Constitution."

So, where were these 'prominent' West Bengal Muslims who have now written a letter to Banerjee when she was giving these doles to imams and muezzins?

Did they have their mouths under lock and key?

In the recent elections, poll posters of Mamata Banerjee offering namaaz were displayed in some places. And this was not even the first time that such a stunt was pulled.

In September 2010, before the West Bengal Assembly elections, when Mamata was the Railway Minister, she had issued advertisements with pictures of her offering namaz against a backdrop of Islamic motifs such as the crescent moon, a mosque, etc. Why did the 'prominent' Bengali Muslims, who are suddenly awake now, not protest against this? Did they not realise how much Bengali Hindus would have resented this blatant appeasement?

Certain restrictions on immersion after Durga Puja were imposed by Mamata Banerji, allegedly on the ground of maintaining law and order as it coincided with Muharram — but law and order could have been maintained by deploying additional police force at sensitive locations. The Calcutta High Court held these restrictions as arbitrary and ‘a clear endeavour by the state to appease minorities’. The Court observed, "The state government has been irresponsibly brazen in its conduct of being partial to one community thereby infringing upon the fundamental right of people worshipping Ma Durga. Such restriction has never been placed on immersion of Durga idols during Vijay Dashmi on earlier occasions in Bengal."

Did the 'prominent' Muslims in Bengal, who have now awakened from a long slumber like Kumbhakaran, protest against these restrictions?

Or has wisdom dawned on them only after the BJP victories and TMC reverses in West Bengal in the recent Lok Sabha polls? Where are the Muslim intellectuals now? Kashmiri Pandits are still being denied justice, decades after the crime. (Photo: PTI)

And did these 'prominent' Bengali Muslims protest when four lakh Kashmiri Pandits (only four per cent of the entire Kashmiri population) were hounded out of the Kashmir valley by Islamic fundamentalists after killing some and terrorising others?

If so, I have never heard of it.

Muslims raise a big hue and cry over Israeli attacks on Palestinians. But they were largely mum when atrocities on Hindus, Christians and Sikhs were committed much nearer home in Kashmir — or in Pakistan. Secularism cannot be one-way traffic though. It is a two-way street and many Muslims forget this.

The 'prominent ' individuals who wrote to Mamata Banerjee have asked her to ‘shun vote bank politics.’ Their so-called sincerity may have had held some mettle, had they protested against appeasement tactics or un-secular activities earlier — not after the 2019 Lok Sabha polls.

As the Hindi adage goes, ab pachhtaye hote kya, jab chidiya chug gayi khet. (When you did not act to prevent a calamity, there is no point in lamenting over it when it occurs.)

#TMC, #Muslim appeasement, #West bengal doctors, #West Bengal
The views and opinions expressed in this article are those of the authors and do not necessarily reflect the official policy or position of DailyO.in or the India Today Group. The writers are solely responsible for any claims arising out of the contents of this article.