As reports emerge of Didi apparently telling party workers to return money taken from hapless people, will anyone listen? This only opens a Pandora's Box, one the Opposition will exploit.

Post the Lok Sabha elections, West Bengal Chief Minister Mamata Banerjee sounds determined to root out corruption from her party. The apparently easiest way is to sound a warning to party members. She has done that: very brusquely — she has reportedly told her party members to shape up or shift out. She has also reportedly asked lower-rung party functionaries to 'return' any cut money or commission that they may have received. She is in no mood for excuses and has told party members to stop corrupt practices or leave.

On the face of it, the move seems like a noble step.

But a few questions remain.

When a party chief and also a CM asks party men to 'return' commissions, to my mind, it simply reflects that she knew all along what was going on.

What started off during the last phase of the Left Front regime clearly continued during the Trinamool era — uninhibited.

'Syndicates' took control of everything. These are equally active in urban and rural areas. All industries — construction, infrastructure, business, trading — involved these unwritten, untold 'taxes'.

Money needed to talk even if a village panchayat pradhan had to issue a certificate. There were agents in hospitals who ensured beds and quick treatment in return for a small fee. 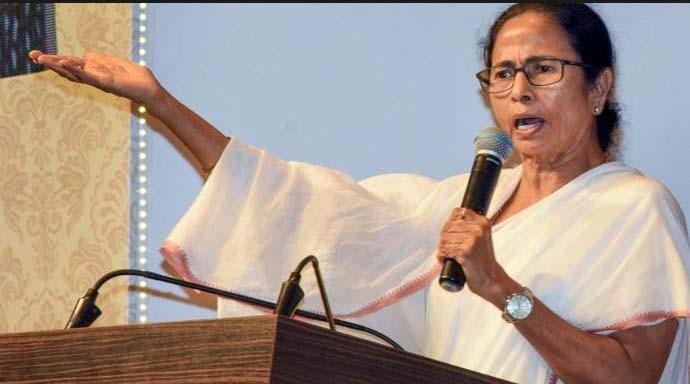 Even the affordable housing projects apparently have a commission clause attached to them — sometimes negotiable.

After what happened in Singur and the WB government's hands-off land policy — not to mention the ever-present syndicate with its ever-escalating demands — which sane investor would put their money into the state?

Speaking about commissions and cut money — it is a chain.

The lowest rung reportedly receives a very small fraction of the illegal payment.

What happens to those higher up the corruption chain?

Will Didi ask senior party members to return their share too?

Supporters of a ruling party MLA and an MP, heading rival syndicates, have clashed repeatedly in New Town, Rajarhat.

The picture is similar in places that are witnessing a construction boom. A senior Rajya Sabha MP was seen apparently telling party workers to collect extortion money and give three-fourths of the share to the party in a video from July 2018.

It would take more than exhortations from Mamata to cleanse the party and there is always the risk that if pressed beyond a point, many would jump ship.

The statements of the chief minister have given the opposition a ready-made issue.

Since Didi started her cleansing drive, angry and disgruntled people have started laying siege to elected representatives, demanding the return of this 'cut money'. There have been demonstrations. Similar scenes were witnessed in municipalities and panchayats across Malda, Purulia, Hooghly, Burdwan, Bankura and Birbhum. There have been incidents of stoning and abuse. At places, police had to be called in to disperse the mob.

The situation will only spread and escalate as soon as opposition parties term this 'people's anger against Trinamool'. Given the situation, they will not let go of a single opportunity to embarrass the ruling party.

While the chief minister has reportedly called for 'return' of cut money, the issue is not even that straightforward.

There are legal complications.

Returning cut money will amount to an admission of guilt — of extortion. And extortion is a non-bailable criminal offence, punishable under Sections 384 and 386 of IPC with punishment ranging from three to ten years imprisonment, besides fines.

Under the circumstances, why would any Trinamool leader step forward to 'return' cut money?

Will there be any takers for Didi's ideas in Didi's party?

#Bjp in bengal, #সিন্ডিকেট, #West Bengal, #Mamata Banerjee
The views and opinions expressed in this article are those of the authors and do not necessarily reflect the official policy or position of DailyO.in or the India Today Group. The writers are solely responsible for any claims arising out of the contents of this article.