Sam Pitroda vs Mani Shankar Aiyar: Who's the bigger motormouth? Here's where our Mani, sorry, money is!

To many watching in shocked horror, Sam Pitroda and Mani Shankar Aiyar now seem like our uncles who send crazed Whatsapp forwards on family groups. How is the Congress dealing with Rahul ji's uncles?

It feels almost as if veteran leaders Sam Pitroda and Mani Shankar Aiyar are competing with each other to become the most ignorant Congressmen of all time (not that we needed more).

Outrageous statements, inaccurate claims and just filthy, abusive language are some of the many things you’d get from these so-called ‘leading Congress minds’.

It all started when Mr Pitroda asked for proof of the Balakot airstrikes. “I would like to know more as I have read in New York Times & other newspapers, what did we really attack, we really killed 300 people?” he asked. He ruffled so many feathers that some even responded furiously by suggesting, how about they tie him to the Air Force plane the next time India attacks terror camps in Pakistan, Pitroda ji? When ignorance is not bliss: The so-called ‘veterans’ who say something sour and inappropriate ever so often. (Source: India Today)

But don’t get me wrong. I have no favourites in this game. I dislike both Pitroda and Aiyar equally. If Sam Pitroda appears the uncle who embarrasses you by saying ignorant things in front of relatives, Mani Shankar Aiyar seems the uncle who gets drunk and creates a scene. Truth be told, I wanna smoke what Mani Shankar Aiyar seemed to have smoked before this interview where he abused these journalists.

Watch it below and see the mess unfold with your own eyes.

Watching Mani Shankar Aiyar speak is like watching a car crash play out — you know it’s bad, really bad, but you just can’t look away. Did you notice what kind of obscene gestures Aiyar was making with his hands? Yes, this is the same man who called our Prime Minister a ‘neech aadmi’.

Well, if Modi is ‘neech aadmi’, Mr Aiyar, perhaps you are an enhanced version, with extra ‘neechta’ (for lack of a better word). 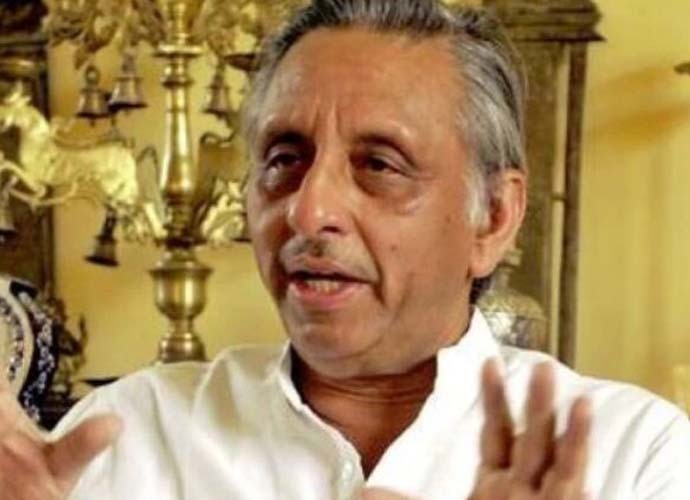 Mani Shankar Aiyar, however, gets full marks for self awareness. At least he admitted that he is a fool, but ‘not that big a fool’. I personally think that he is that big of a fool, but hey, partial acceptance is better than total denial, isn’t it? He went as far as defending the ‘neech aadmi’ jibe, and said ‘Wasn’t I prophetic?’.

Well, let me make a prophecy right now, Mr Aiyar — if you continue making such ignorant comments, you’ll soon be hailed as the Rakhi Sawant of Indian politics.

Truth be told, Mr Pitroda seems ‘that big’ of a fool too. How else can one justify him blaming his own party member Priyanka Gandhi for not contesting from Varanasi and his own party distancing itself from him after the 'Hua toh hua' 1984 anti-Sikh riots remark controversy? In fact, Pitroda went as low as saying ‘attacks like Pulwama happen all the time’, a statement that embarrassed even his purported chela Rahul Gandhi. What made him say something as appalling as that is something all of us would want to know! I can only imagine the difficulties that the PR team of the Congress must be going through to cover up the mess that Pitroda and Aiyar have created. There are only so many times that the party can distance itself from the two or put out the same ol’ ‘views are personal’ disclaimer. I had a secret inkling at one time that both Pitroda and Aiyar may just be deliberately sabotaging the reputation of their own party — which, honestly, is the better option tot hink of because the other one is that perhaps, they really are that ignorant.

Who is the bigger motormouth amongst the two?

Well, that is something that's still up for frenzied debate. But we’ve got to give the two drunkles (drunk+uncles) some credit too in these tough times, simply for being our daily dose of entertainment!

Post your comment
#Mani shankar, #Mani Shankar Aiyar, #Sam pitroda pulwama, #Sam Pitroda
The views and opinions expressed in this article are those of the authors and do not necessarily reflect the official policy or position of DailyO.in or the India Today Group. The writers are solely responsible for any claims arising out of the contents of this article.