How BJP is trying to resolve the leadership crisis in Goa

Ailing Goa chief minister Manohar Parrikar has returned to the state. While, Parrikar has been advised to take complete rest, the political situation in the state has started heating up. Given the uncertainty in the state arising from Parrikar’s health condition, BJP's key allies Goa Forward Party (GFP) and Maharashtrawadi Gomantak Party (MGP) have been pressurising the Centre to ensure the state government doesn’t fall. Over the past few days, the BJP has poached two MLAs of the Congress party. Subhash Shirodkar and Dayanand Sopte, on October 15, resigned from their respective posts as Congress MLAs and joined hands with the BJP, which effectively brought down the Congress tally to 14, taking away the tag of the 'single-largest party' from the Congress.

In the 2017 Assembly elections, the Congress won 17 seats where as the BJP managed to bag 13. Later, Congress MLA Vishwajit Rane joined BJP and became the state’s health minister. This brought the Congress' tally to 16.

But now with the shocking resignations of Shirodkar and Sopte, the Congress' tally has been brought further down. The resignations have been reportedly orchestrated by Amit Shah and are being seen as a masterstroke from the ruling BJP as the Congress was trying to stake claim to form the government with 16 MLAs. The Congress had approached the Goa governor several times urging him to allow them to form the government on the basis of a single argument — it is the single-largest party in the state. The two resignations have thus come as a nasty blow to the Congress.

Even though the BJP has been successful in getting Shirodkar and Sopte to its side, getting them elected in the upcoming bypolls is going to be yet another battle for the BJP since these two MLAs had won their seats by garnering the anti-BJP votes.

But since Shirodkar and Sopte are now with the BJP, winning the by-polls is not going to be a cakewalk for them.

However, the most important question right now is: Will the BJP government manage to survive in Goa?

Apart from 14 MLAs from its own bag, the BJP has the support of three MLAs each from the GFP and MGP along with one independent MLA. The party also continues to enjoy the support of one NCP MLA. But what is worth mentioning here is that all these MLAs have supported Parrikar and not the BJP. As a result of this GFP chief Vijay Sardesai has put the responsibility of ensuring the stability of the current government on the Centre.

The list of problems the BJP is facing currently seems to be far too long the most prominent of which is the fact that the party cannot replace Parrikar and find another leader of his calibre to take care of the entire administrative process.

BJP’s fear of a possible withdrawal of allies from the ruling coalition is quiet evident now since it will have a direct impact on the upcoming Lok Sabha polls. Goa being one of the key states for the BJP, the central leadership is now in a pickle since they now have to find a leader who can not only lead the state but also take along the allies.

While former CM Laxmikant Parsekar is keen on leading the state, the central leadership of the BJP sidelined him and incorporated Dayanand Sopte in the party. Interestingly, Sopte had defeated Parsekar in the last Assembly elections. While this move of the BJP has clearly left Parsekar hurt and feeling betrayed, his comeback is now questionable. 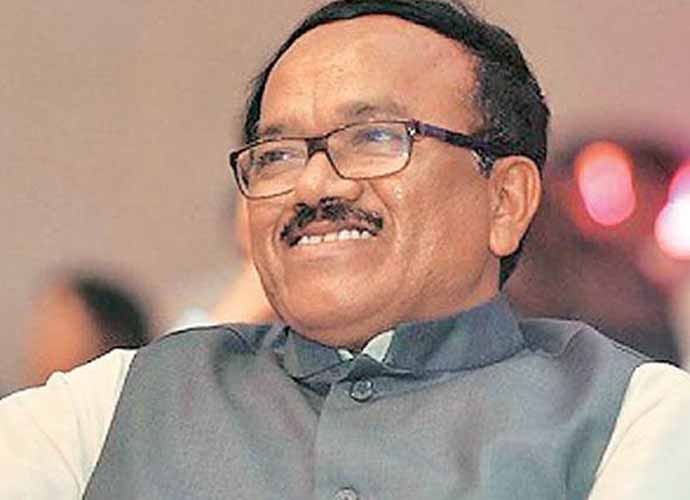 While the current political situation of Goa appears like a tricky maze, what options does the BJP actually have for the post of the chief minister? Names like Shripad Naik and Vishwajit Rane have been emerged as the potential contenders for the post. But if GFP's Vijay Sardesai and MGP's Sudin Dhavalikar decide to merge their respective parties with the BJP, they stand a bright chance of being given the CM’s chair.

As of now, the BJP is scurrying hard to find a leader who can occupy both the chief minister’s chair and manage allies effectively.

Also read: Why BJP is floundering to find a replacement for Manohar Parrikar in Goa