Everything is fair in love and war. This holds true for politics too. The upcoming UP election, which is throwing surprises each day, signifies this phrase. It's that time when ideologies are thrown to the walls, petty differences take a back seat, and pure politics emerges the winner. This is happening in UP politics too ahead of the state polls.

In a new development, news agency ANI reported that BJP MP Rita Bahuguna Joshi’s son Mayank Joshi might be fielded from Lucknow Cantt seat by Akhilesh Yadav’s Samajwadi Party (SP). The shift comes as the BJP refused to field Joshi’s son Mayank from the Lucknow Cantonment (Cantt) seat, and instead gave the ticket to incumbent UP Cabinet minister Brijesh Pathak.

On January 18, 2022, the news was that BJP might not field Mayank Joshi from the Lucknow Cantt seat. Then there was no indication of him joining the SP. It was only when the BJP announced the list of 17 candidates on February 1, 2022, that the SP swung into action.

Till then, it was speculated that the BJP might field Mulayam Singh Yadav’s daughter-in-law, Aparna Yadav, who had on January 19, 2022 joined the BJP.

Moreover, Mayank Joshi joining the SP might be another blow to the BJP after its three prominent OBC ministers Swami Prasad Maurya, Dera Singh Chauhan and Dharam Singh Saini joined SP in January. Now, Joshi, a Brahmin face, joining SP before elections is another setback to the BJP.

A few questions on everyone's mind at the moment are:

Here are the answers.

WHO IS MAYANK JOSHI? 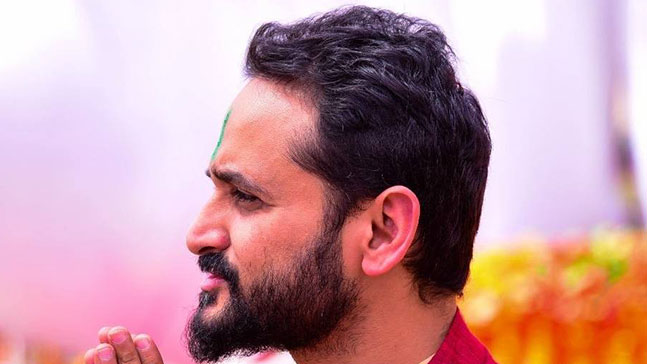 Mayak Joshi is the son of BJP MP Dr Rita Bahuguna Joshi. After completing his studies, he has also worked with a multinational company. However, he was also inclined towards politics. He extensively campaigned for his mother in the UP Assembly elections 2017, which she won on a BJP ticket from the Lucknow Cantonment (Cantt) seat. Rita Bahuguna Joshi defeated SP’s Aparna Yadav by 33,796 votes.

Mayank also campaigned for his mother for the 2019 Lok Sabha elections, which she contested on a BJP ticket from the Allahabad constituency.

WHY DID RITA BAHUGUNA JOSHI WANT TO QUIT BJP? 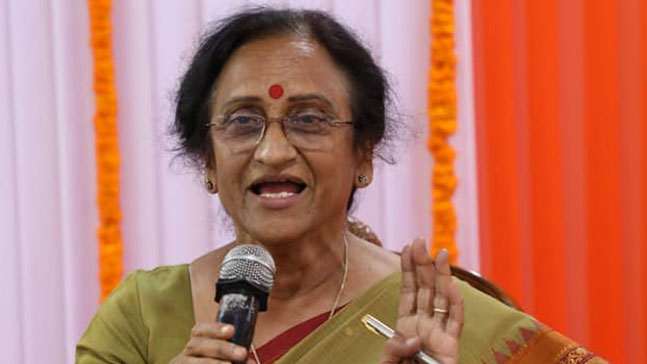 Rita Bahuguna Joshi wanted a ticket for Mayank Joshi from the Lucknow Cantonment (Cantt) seat, a seat she won twice. She said that if the party couldn’t afford to give him the ticket bound by its policy of one ticket per family, then she would tender her resignation as an MP. She had even written a letter to BJP President JP Nadda. She said she would quit politics but would continue serving the BJP. She said that her son has been a social worker for the past 12 years.

WHAT IS THE SIGNIFICANCE OF THE LUCKNOW CANTT SEAT?

The Lucknow Cantt seat is a prestigious seat which has been eyed by the BJP. There were at least 12 contenders for the seat in the BJP. The party had swept 8 out of 9 Assembly seats of Lucknow district in 2017 UP Assembly elections. So, the party took its own time to field the right candidate from here for the 2022 elections.

When SP’s Aparna Yadav suddenly jumped ship to the BJP after being denied a ticket by SP from the Lucknow Cantt seat, speculation was rife that she would be given the ticket by the BJP from this seat. But on February 1, when the BJP announced the list of 17 candidates, the names of Aparna Yadav and Mayank Joshi were missing.

WHY DID THE BJP FIELD BRIJESH PATHAK FROM LUCKNOW CANTT? Brijesh Pathak is a Cabinet minister in the Yogi Adityanath government. He holds the portfolio of Legislative, Justice, Rural Engineering service. Among all the 12 contenders for the Lucknow Cantt seat, Pathak made the final cut. Pathak joined the BJP in 2017, in the presence of Amit Shah and Mahesh Sharma in Lucknow.

Prior to this, he was a member of the Bahujan Samaj Party (BSP) since 2004. A lawyer by profession, Pathak was an MP from BSP from the Unnao district from 2004-2009. He was entrusted with the task of organising the activities of the party in all of UP.

Sensing a BJP wave in UP, he joined the party ahead of the UP Assembly elections 2017. He won by a narrow margin of 5,094 votes contesting from the Lucknow Central seat. His nearest rival and then sitting SP MLA, Ravidas Mehrotra, got 73,306 votes while Pathak got 78,400.

What proved as a turning point in this contest was the presence of Congress candidate Abdul Maroof Khan who also contested the seat. Maroof's presence led to splitting up of the Muslim votes in the constituency. Though the SP and Congress were in alliance in 2017, Khan refused to back off. He pulled 12,921 votes, which played a crucial role in Pathak winning the seat.

While Pathak, sensing a difficulty in winning Lucknow Central this time, has gone to contest from Cantt, Mehrotra has been fielded by the SP once again from the seat. He won the seat in 2012 UP elections. The BJP won the seat in 2002 and 2007.

On February 1, when it finally dawned on Rita Joshi and her son that they had been denied the BJP ticket from Lucknow Cantt, SP leaders sprung into action in Lucknow and a high profile meeting of party leaders was called at 4 pm.

Sources privy to the development have said that SP might accommodate Mayank Joshi and field him from the Lucknow Cantt seat against BJP’s Brijesh Pathak. Though SP had pitched Raju Gandhi from the seat in an earlier announcement, the party might go back on its decision and instead put forth Mayank from the seat.

SP’s interest also emanates from the fact that Rita Bahuguna Joshi who won the seat twice, in 2012 and 2017, holds considerable sway among the voters. She was a Congress worker for 24 years until she joined the BJP in 2016. She has had influence on the minority votes and Brahmin vote in the Cantt seat. The seat is also referred to as the Joshi seat sometimes.

Joshi’s magnitude in the constituency can be gauged from the fact that she snatched the seat from BJP’s Suresh Chandra Tiwari in 2012, who won it in 1998, 2002 and 2007. Joshi defeated Tiwari by 21,753 votes. Back then she had contested on a Congress ticket.

It remains to be seen whether Joshi's son Mayank, if given an SP ticket, can secure a win from Lucknow Cantt this election.