The Mayawati-Ajit Jogi tie up in Chattisgarh has, in my opinion, national significance, and it is fallacious to think of it as a BJP ploy.

The tie-up indicates that the days of the domination of the two national parties, the Congress and the BJP, in national politics are over — now, it is the regional parties that are going to rule the roost in the days to come. The Mayawati-Ajit Jogi tie-up is of great significance. (Photo: PTI)

One is reminded of the reign of the later Mughals after the death of the last strong Mughal emperor, Aurangzeb, in 1707. These later Mughals were, in fact, phantom rulers, real power having passed into the hands of local regional satraps like Nizam ul Mulk and Safdar Jung, and the Nawabs of Avadh, Murshidabad, Arcot, etc.

The successor of Aurangzeb, his son, Bahadur Shah, who ruled from 1707-1712, became known as 'Shah-e-Bekhabar' because he did not know what was going on. After his death, the kingmakers, the Syed brothers, installed and deposed a series of emperors, until they were themselves put to death.

From 1719-1749, the emperor was Muhammad Shah Rangila, and his name itself speaks volumes of his reign. His chief queen was having an affair with his chief eunuch Javed, and Delhi was sacked by Nadir Shah during his reign, about which it was said: "Saltanat-e-Shah Alam, az Dilli ta Palam" (i.e., the Empire of Shah Alam extends from Delhi to Palam).

In all probability, after the forthcoming Lok Sabha elections in May 2019, a coalition government will be formed at the Centre, like the Janata Party government after the Emergency, and the real power will be with regional leaders like Mamata Banerjee, Akhilesh Yadav, Mayawati, Tejaswi Yadav, Chandrababu Naidu, KCR, DMK, ADMK, Naveen Patnaik, Shiv Sena, etc., who will be the real powers behind the throne, the prime ministers only being their puppets, and being deposed every six months or so. 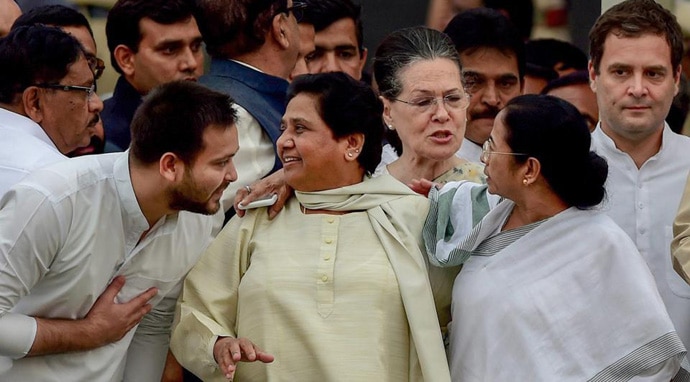 There will be a scramble for lucrative portfolios — particularly the finance portfolio, as was witnessed after the Karnataka Assembly elections (because the bulk of the money lies there). Even thereafter, there will be constant bickering and quarrels between the coalition partners.

And in the meantime, unemployment will keep rising, prices will keep soaring and the rupee will keep sinking. As farmers' distress keeps mounting, our politicians, like modern Neros, will keep fiddling while Rome burns. And thugs will roam the land like locusts, looting the public with impunity.

I am sorry to paint such a dismal and frightening picture — but the way things are moving is an indication of the horrible times to come.