Irony ran wild as Mike Pompeo tried lecturing India on rights even as children, migrants and hapless minorities suffer abuse, attacks and discrimination in the land of the brave and free.

Though US Secretary of State Mike Pompeo was in India on a repair mission to bring the two countries back from a battlefield of trade wars and simultaneously setting the ground for the Modi-Trump meeting during the G20, he invariably ended up playing Big Daddy yet again — a role the US finds difficult to abandon.

After his meeting with Prime Minister Modi and Foreign Minister S Jaishankar, Pompeo gave India a piece of unsolicited advice — on religious tolerance — in his India Policy speech at the India International Centre. He said that the US and India should stand for religious freedom. It was rather provocative and unnecessary, especially at a time when the focus seems to be on efforts to strengthen strategic ties despite trade wars, the Russian missile deal and the Iran oil waiver.

Pompeo’s statement comes in the backdrop of a US Congressional report on religious freedom — it is remarkable that the US Secretary of State released the report just before his visit to India. The report is critical of the situation of religious minorities in India during the current regime. 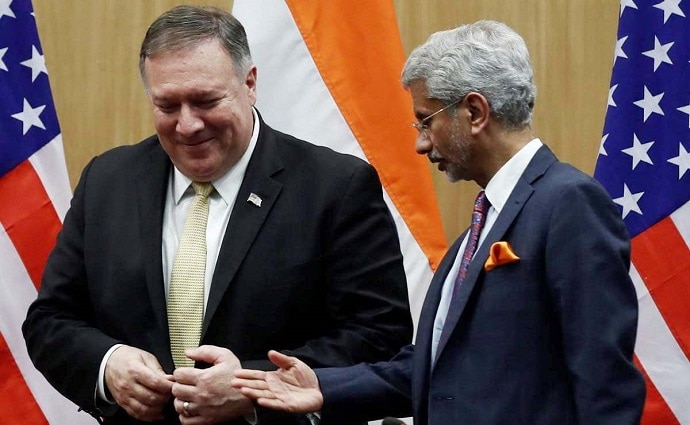 The Indian Ministry of External Affairs rejected the US report, saying that a foreign government had no right to pronounce on the state of Indian citizens' Constitutionally protected rights and that India is proud of its secular credentials. Despite the official rejection of this report, Pompeo reiterating the American advice seemed rather deliberate.

Pompeo’s visit was mainly seen as an effort to calm tensions between the two countries — which includes a nascent trade war. It’s no secret that differences over trade have grown. Trade and tariffs occupy more mind space than ever before. While business occupied mind space, a rather uncalled-for piece of advice to India on how to maintain its secular credentials was clearly unpalatable. Maybe the Trump government should pay heed to the Democrats’ advice and not see trade, strategic agendas and shared respect for each other’s sovereign issues as mutually exclusive.

It’s imperative to point out here that President Obama too had made a similar reference to religious tolerance during his visit to India in 2017. He addressed the people of India and America while saying that a country should not be divided on the basis of sectarian lines. But it appears more hollow coming from the Trump administration, whose track record on tolerance towards different communities and migrants is not something to boast about.

The big question is — does America have the moral right to preach? 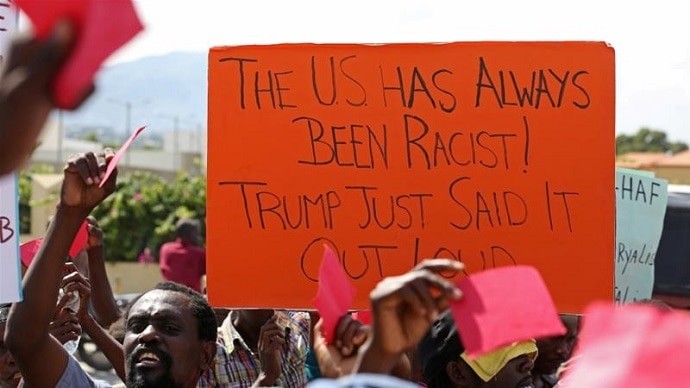 It's no secret: America's record on race and discrimination is hardly something to brag about. (Photo: Reuters)

The current situation in America’s southern borders is in violation of not religious but fundamental human rights.

There are camps with serious mistreatment of asylum seekers. The Trump government has tightened restrictions on who and how many people can apply for asylum and also raised the fees for applications. There are long delays as people wait in camps while the Republican base has turned more firmly against immigrants and asylum seekers. President Trump recently praised Australia for the way it dealt with its immigrants.

Racial and religious fault lines in America have only deepened in recent times.

It’s not just restricted to illegal immigrants — after 9/11, America witnessed hate crimes against the Sikh community that continue even today as the Americans often confuse the bearded, turbaned Sikhs for radicalised Muslims. The FBI began collecting data on anti-Sikh, anti-Arab and anti-Hindu hate crimes since 2015.

As per the FBI report on hate crimes in 2017, over 8,400 incidents were reported, of which 24 were directed towards Sikhs, 15 against Hindus and 300 against Muslims. A lot of incidents go unreported or are underreported. Sikh rights groups feel there is an increased threat to their community whenever there is a flare-up in anti-immigrant rhetoric, such as the shooting in the Wisconsin Gurdwara in 2012 when six worshippers were killed. Many smaller incidents are frequent where Sikhs or Indians have been shot at with perpetrators of the crime expressing a variation of the sentiment — “Go back to your country.” 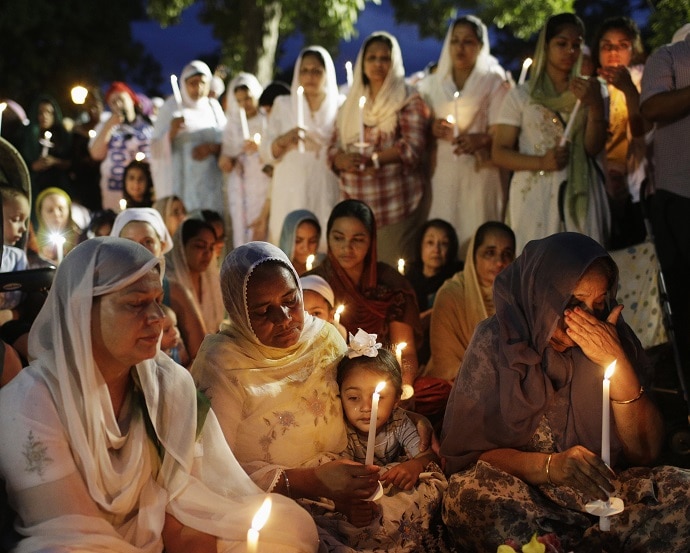 What was their crime? Hate crimes against minorities, such as the Wisconsin gurdwara shooting (2012), continue. (Photo: Reuters)

African Americans are on the receiving end of hate crimes too. As recent as June 2019, prosecutors have filed hate crime charges against a white man accused of burning down three African American churches in the state of Louisiana.

Politicians are culpable of driving such divisive policies and narratives of hate for their gains.

And anti-immigrant rhetoric is at an all-time high in the US. With Democrats such as Nancy Pelosi writing in, the Trump administration has given time of two weeks to come up with a solution to the immigrant problem before the US President starts implementing his clampdown on migrants.

Meanwhile, last week in India, a video showing a brutal lynching emerged from Jharkhand where a group of men beat up a Muslim youth while forcing him to chant ‘Jai Shree Ram’. The same day, the US State Department released its International Religious Freedom Report. The Indian Ministry of External Affairs rejected the US report.

India has had a legacy of a harmonious pluralistic society which, of course, has been disturbed time and again, mainly for political motives. But, as Pompeo also rightly pointed out, India is the birthplace of four religions and its diversity is its biggest check and balance.

However, that said, the fact remains that the US has no moral right to criticise India when there are attacks on African-Americans, south Asians and non-Christians in their country — and caged children on America’s borders forlornly await their parents.

Also read: Junaid, Akhlaq, Tabrez: Muslims aside, we are also lynching our laws and legal system each and every time

#Immigrants, #Maga, #Donald Trump, #Jaishankar
The views and opinions expressed in this article are those of the authors and do not necessarily reflect the official policy or position of DailyO.in or the India Today Group. The writers are solely responsible for any claims arising out of the contents of this article.