Maharashtra, Tripura lynchings: What happens when a govt has zero-tolerance policy on everything but hate crime

The world suffers a lot not because of bad people, but because of the silence of 'good people'.

On Sunday, July 1, five people were lynched in the Dhule district of Maharashtra over suspicions that they were part of a gang of “child-lifters”.

These were the latest in a string of nearly 30 similar killings in recent months across the country.

Families of victims who were lynched in Dhule on suspicion of being child-lifters demand justice from govt. One of the victims' kin say, "We want help from the govt. My family has been shattered after the incident." #Maharashtra pic.twitter.com/oZkNMKOYxe

If yesterday it was Uttar Pradesh and Rajasthan, today it's Jharkhand — and Assam. And Andhra Pradesh. And Bengal. And Telangana. And Gujarat. And Karnataka. And Tripura. And Maharashtra.

Of course, these are just the recorded fatalities reported by the media. 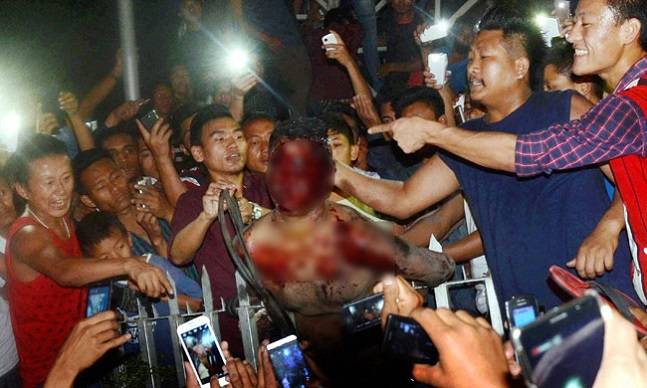 Almost every day there are reports from various corners of the nation, of people being assaulted by "vigilante mobs", pouncing upon them, avenging "rumoured kidnapping of children", the "imaginary slaughter of cows", the "smuggling" of cattle. Violent mobs beating people to death — sometimes in the presence of policemen, and almost every time, with someone recording videos of the "executions". 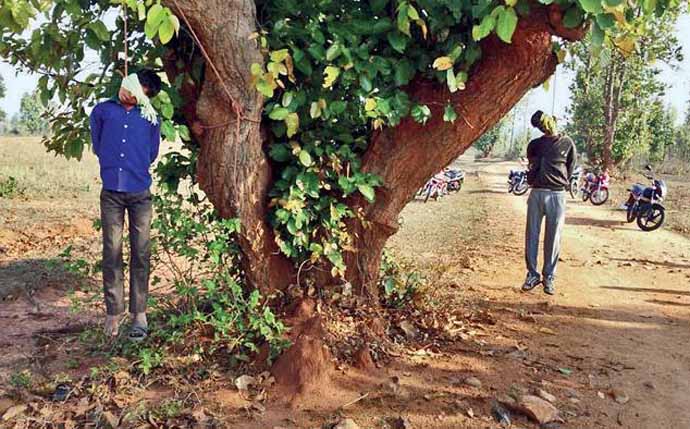 As the lynching epidemic continues to spread from pocket to pocket, from one state to another, from roaring cities to nondescript hamlets, it feels like normal Indians are now living in a state of emergency — a consequence of failed, or should we say, no policies, complete lack of interest and acknowledgement — an absolute institutional indifference.

There are reasons why the mob continues to strike — and strike so frequently.

The foremost is lawlessness. While the government has proved beyond doubt that it's weak and continues to ignore that lynchings are even taking place, mobs know no one will challenge them, punish them (video evidence or not) — because there is no law. But more than that, they know there is no one to enforce the law. As a result, they are free to take matters into their own hands. Also, there is a complete trust deficit in the efficiency of law-enforcing agencies. Hence, "instant justice". Crime or no crime. 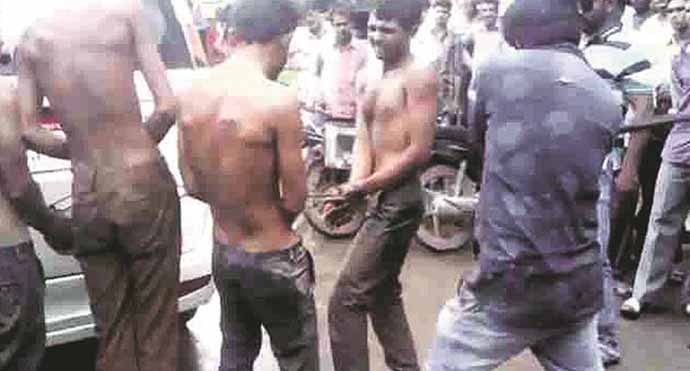 There is a bigger violence than killing — inaction. The recent incidents of lynching over rumours of child-lifting have in a way given the government an alibi — social media. While in the past it maintained a studied silence over lynchings by cow vigilantes (at most, saying, please don't politicise the issue), now the blame is being pinned squarely on social media.

Most of the lynching deaths that took place last month, except the one in Hapur, were over rumours of child kidnappings. After WhatsApp was made the "main accused" in these crimes, a few states saw a flicker of action from authorities, which, ironically, only exposed further the "seriousness" with which they are trying to dispel such rumours. Sample this: Of the three killed in Tripura, one was an announcer hired by the authorities in South Tripura to dispel rumours of child-lifters. The 33-year-old was signed up for a daily wage of Rs 500. Sukanta Chakraborty's cold, listless body bore marks of injuries caused by bricks, stones, sticks, broken bottles. While we cannot confirm whether Sukanta was accompanied by policemen, hiring a man on a daily wage of Rs 500 to dispel rumours in itself, in an extraordinarily tense and violent context, needs some serious explaining.

What on earth are policemen supposed to do? Why do states have a Department of Information and Public Relations (DIPR)? If the intention was to assign the job to someone who could convey the message more clearly to locals, why was he not accompanied by policemen? Is it not the job of government officials and police to go and talk to people? What happened to police-public relations? One doesn't need to be a public policy expert, but common sense and reasonable education are enough to tell us that the first step in controlling a social epidemic is to understand the pathology of the underlying malady. Then comes the will to arrest the problem. The government seems woefully incompetent at even understanding the problem. How can we expect it to arrest the crisis?

There is more to this story of a serious government botch-up. The three killings in Tripura happened two days after an 11-year-old boy was found dead with cut marks on his body near Agartala. There were rumours that his kidneys had been removed. The discovery of the body led to a clash between residents and policemen, leaving more than 10 people injured on both sides. Tripura's minister for education and law Ratan Lal Nath added fuel to the fire after visiting the boy’s family, saying that “the kidney was taken out of the boy’s body after making a round cut”. Nath also said “never had Tripura witnessed such an incident” and that the incident was linked to “kidney smugglers” with possibility of “international” connections.

However, chief minister Biplab Deb confirmed the next day in the Assembly that no organs were harvested from the deceased's body, and his kidneys were been found intact.

But by then, rumours of child-lifters - and organ traders — being on the move had spread across the state.

But the minister still defended his remarks. According to this report, Nath said whatever he had said on the fateful day at the boy’s home was “in the interest of the people”. “The parents of the killed minor were saying that the kidneys were taken. Thousands of people who had gathered said that the kidneys were taken. There would have been an outburst had I said the opposite. My comments that night were to ventilate the sentiments of the family of the victim and the gathered crowd. It was to give importance to the sentiments of the parents and the crowd,” he said.

If inept and crude policies drive the government apparatus at the state level, silence and indifference are the main weapons of the government machinery at the highest level — the PMO, home ministry, ministry of information and broadcasting, the law ministry.

So far, there have been no talks, not even promises, by the government about introducing any anti-lynching law, about enforcing cyber laws and, if there is a possibility of tackling this crisis, other than the temporary suspension of internet services, in sensitive areas. 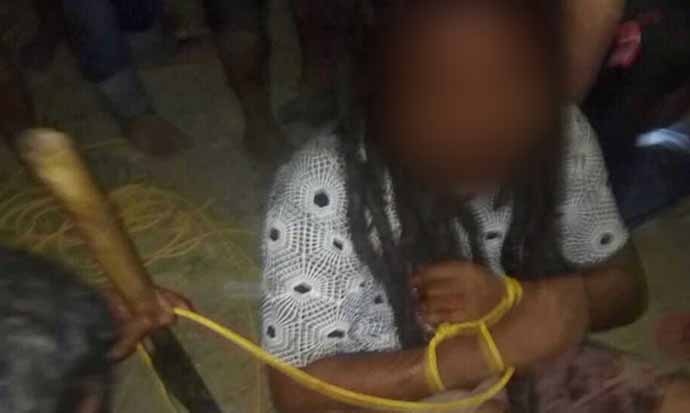 On the contrary, the government is not even considering enacting a separate law to tackle mob lynching incidents or amending the Indian Penal Code (IPC) or the Code of Criminal Procedure (CrPC) for this purpose. According to the MoS for home affairs Hansraj Gangaram Ahir, whether "a lynching was done by a single person or by many, existing laws could deal with the crime". The minister had said this last year in the Rajya Sabha.  “I don't think there is a need to bring changes in the law.”

Ahir had also claimed that state governments could take action against persons involved in such incidents under existing laws. Maybe the minister is right, perhaps the existing laws are enough to deal with the crime —  but that is only if these "existing laws" are ever enforced.

By now, everyone knows why the government isn't speaking up about the recent rise in lynchings over rumours of child-lifting. It's a piquant situation for the Centre, considering the fact that the PM and his defenders were largely silent over the lynching of Muslim men on rumours of cow slaughter/smuggling. While it took a lot of egging-on for the PM to make faint noises at least last year about the lynching of "cow-slaughterers", this time around, he and his ministers don't even seem sure if they should break the silence over lynchings of "child-lifters".

Notwithstanding the claims and counter-claims on government efficiency — or the abject lack of it — what’s needed now is a strategy to combat the problem of lynching, which needs to be implemented at the earliest. This is a state of emergency, an extraordinary crisis that needs extraordinary measures, exemplary punishment and unprecedented action.

But, to do all that, the government first needs to acknowledge the problem. It needs to break its silence.

Also read: S Durga reveals why India is so dangerous for women

Post your comment
#Maharashtra, #Tripura, #Modi government, #Lynchings
The views and opinions expressed in this article are those of the authors and do not necessarily reflect the official policy or position of DailyO.in or the India Today Group. The writers are solely responsible for any claims arising out of the contents of this article.