Modi and Manmohan Singh – whose silence is louder?

India is suffering from a distressing disease it cannot afford. Prime Minister Narendra Modi, who has a famous penchant for acronyms, ought to note the sharp irony of this one. The disease is called MMS: the Modi-Manmohan Silence. Modi had ridden to power in 2014 promising to roll back all the apparent evils brought in by his predecessor: corruption, slow job growth, a sliding economy, inefficiency, indecisiveness, and that greatest stumbling block of all: silent leadership.

A couple of days ago, former prime minister Manmohan Singh - who Modi and others in the BJP had mercilessly lampooned as “Maun” Mohan Singh - got a chance to stick it back to him. Practise some of what you preached he said, reverse your advice: Speak.

The jibe was immensely deserved. It’s tragic that it took three months for the national media to respond adequately to the barbaric rape of the child in Kathua, and the dehumanisingly communal defence of the rapists that followed. Tragic too that the Dalit minor in Unnao, allegedly raped by a BJP MLA, had to watch her father killed, before the media took up that story as well. 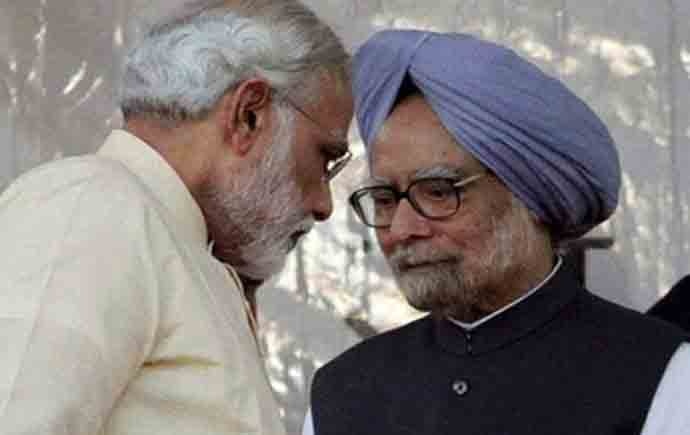 But in Modi’s case, the omission is grievously darker. In both instances, his partymen are at the heart of the crimes. Yet he did not utter a word for days, even as the issue raged through the nation. When he finally did speak – with multiplying ironies on Babasaheb Ambedkar’s birth anniversary - he couldn’t muster any conviction. He spoke vaguely of the “incidents being discussed since past two days" and how “our daughters must get justice”.

For a forceful orator, that was rankly poor performance. And there lies the cutting difference in the two kinds of silences that have stalked - and marred - India for the last almost 15 years.

With Manmohan Singh, silence was a default position. It was temperament, circumstance, coalition. Perhaps dyarchy. Perhaps, an unfortunate pusillanimity. Undoubtedly, he presided over the unraveling of his government, and by extension, his party. He was erudite but ineloquent; well-meaning but weak. He sat quietly through the maelstrom of 2G and 3G, coal and CWG, Adarsh Housing and Anna Hazare, Lokayukta, Lavasa and Nirbhaya.

He watched his compatriots burgle and bungle and said nothing. He seemed uninterested in power yet did not have the vision to give up his seat. He did not seem to even intuit the power of the seat, yet clung to it with tenacity. As his adversary, Modi, said in Parliament with pithy scorn: he just mastered the art of wearing a raincoat in a shower.

Manmohan Singh could not make a case for his government’s achievements nor articulate his own commitment to a humane, plural, inclusive democracy. Modi, on the other hand, is the whole deal himself. He is agency personified.

Unlike his predecessor, he is not muted by temperament. He came trumpeting muscularity, decisiveness and a thundershower of articulation. The 56-inch chest; the Achhe Din; the 100 crore jobs; the 15 lakh largesse; Beti Bachao, Beti Padhao; Sabka Saath, Sabka Vikas; Stand Up India, Digital India, Make in India, Start Up India, Clean India.  Words just flow from him.

And when he has wanted, misguided or not, he has demonstrated he has the spine to back them with action, even if it means taking on his core voter constituencies: traders, Dalits, farmers - just about everybody - was hurt by demonetisation.

Modi’s silences these past four years, therefore, are clearly not based on incapacity or circumstance. They are as potent and loud as his words: they have a pattern, they speak.

Journalist Sreenivasan Jain recently published a story in NDTV that tracked how hate speech by VIPs have risen a staggering 490 per cent under the Modi regime, most of it spewed by BJP leaders.

In each case, Modi has refrained from chastising them. It’s a fool’s game to expect otherwise. Modi himself has raged about the “pink revolution”, “kabaristans versus shamshans”, and “Ahmed miyan” as chief minister. His silences, therefore, are merely an opportunity for the echo chamber to take over.

The one time he did speak out against gau rakshaks after the Una flogging, asking them to rather shoot him than his “Dalit brothers”, the silence inherent even in his speaking out was deafening: India’s Muslims were not included in his definition of brothers. Mohammad Akhlaq’s lynching was not to be mourned. Junaid, Pehlu Khan and Afrazul were not citizen enough. (Dalits, after all, had voted one out of four for the BJP in 2014. Muslims had not.)

So there is much that Modi could have done after the Kathua and Unnao rapes. For one, he could’ve taken time out from his incessant foreign trips and roster of international hugs and flown down to meet both families. With that one simple gesture - inspired, undiscriminating, humanitarian - he could have dissolved a lot of disillusion, despair and hate. He may have lost a bit of the fringe in the process, but he would have gained the centre instead.

He has the personality and muscularity to do it. But he didn’t. Because his silence is not circumstance. It is design. It’s not even voter numbers, it’s bias.

Leaders may not be responsible for individual acts of violence. But they set and shape the discourse that either enables or disables it. In that sense, prime ministership of a democracy as sprawling and uncontainable as India is like an X-ray machine: it reveals you to be exactly who you are. As even Modi has discovered, it cuts you to size. He came to power on a hope-inspired majority because he promised development for all.

Prime ministership demands you become a leader for all Indians, not just those who voted for you. But the camouflage is gone: the Hindu Hriday Samrat stands exposed.

Manmohan Singh once said he would leave history to judge him. Fact is, history will judge both men and find them wanting. Countries need stories in which they can cast themselves. That is what we elect leaders for: to tell us what story they would like us to belong to. And set us on the course to live that story through.

Unfortunately, in the last 15 years, India has elected two storytellers who have both gone silent on us. One’s silence failed to articulate the country’s positive potential. The other’s is giving loud voice to its worst aspects.

In the end, tragically, the MMS has betrayed us all.

#Kathua-Unnao rape cases, #Silence, #Manmohan Singh, #Modi
The views and opinions expressed in this article are those of the authors and do not necessarily reflect the official policy or position of DailyO.in or the India Today Group. The writers are solely responsible for any claims arising out of the contents of this article.