My Rebuttal to Sania Ahmad's 'Open Letter to Muslims': Stop blaming the victim. Muslim backwardness is not Muslims' fault!

This is in response to Sania Ahmad’s piece, “Open letter to my fellow Muslims: Please step out of the ‘we are oppressed’ narrative. Fix what you can!” It's time we stop bashing Muslims for their state.

The world’s third largest Muslim population belongs to India and the debate over Muslim development became a subject of public and academic argument, particularly after the Sachhar Committee Report (2006). The report clearly mentioned that Muslims' socio-economic development lagged far behind in comparison to other communities. The report says that the Muslims rank above SCs/STs but are below Hindu OBCs, Hindu general (mostly upper caste) and other minorities in almost all indicators.

Sania Ahmad’s article is a popular stereotypical open letter, which can have serious consequences regarding furthering misconceptions and preconceived notions about the Muslim community. Sania Ahmad advises Muslims to “start fixing things that you can”. Muslims are fixing things for themselves right after the Partition, and that’s why apparently most Muslims work in unorganized sectors. Most Muslims work as self-employed persons. The NSSO 68th round report says in urban areas, the proportion of households having major sources of income from self-employment was highest among the Muslims — i.e., 50%.

Sania also writes, "Please start utilizing the seats that you get in educational institutes, especially those in universities that have minority status, rather than indulging in hooliganism, and passing just for the heck of being called a BA graduate". 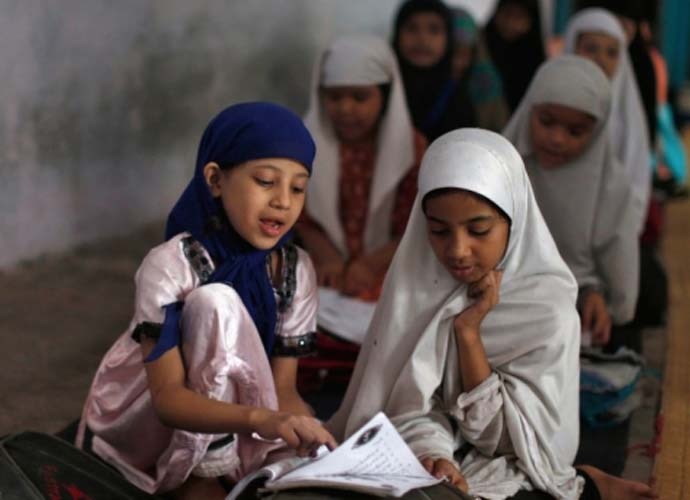 No. It's not their fault: Muslims are so educationally backward that their drop-out rate starts increasing at 10 years. (Source: Reuters)

I agree that education is of the most important sectors through which a community can be empowered — but Muslims are one of the educationally backward communities. The post-Sachhar Committee report (2014) highlighted that the Muslim community had a lower educational attainment and a higher drop-out rate beginning at a very low age of 10 years, comparing the other socio-religious categories (SCRs).

As we all know, there are very few institutions with minority status and it cannot accommodate all — and why should Muslims go only to institutions with a minority status? There are only 4.9% Muslim teachers in higher education. West Bengal with 27% Muslim population has premier institutions like Jadavpur University, Indian Statistical Institute (ISI) and a few more. According to the All India Survey for Higher Education (AISHE), in 2015-16, the total enrollment in Jadavpur University was 8,329 students — out of this, only 50 (0.6%) were Muslims and in the same academic year in ISI, out of 740, only 8 were Muslims.

This is not because Muslims don't want to go in higher education — there is a higher drop-out rate among Muslims and it is because of socio-economic deprivation. 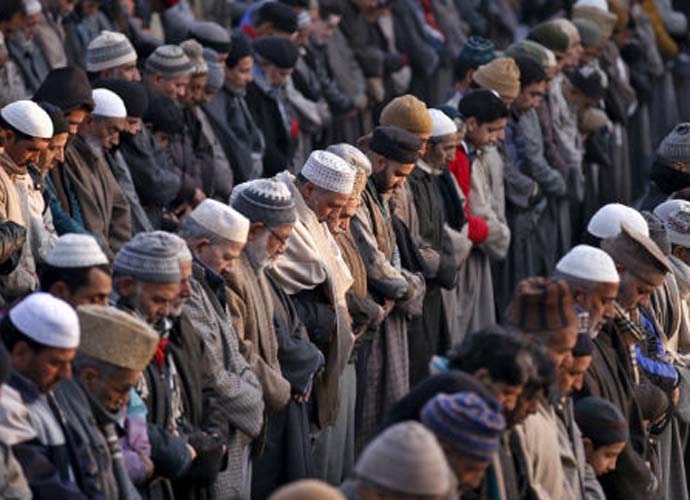 Another quote from the article reads, "Zipping around on bikes without wearing helmets, especially during Shab-e-Qadr, and causing general nuisance". I have a sincere request to you, Sania; please stop looking at the Muslim community as some anti-social elements in your area as these kinds of elements exist in every community.

I would like to add as well, "Please stop thinking that everything is a giant conspiracy against you!" The Sachhar Committee also stated that the lack of sense of security and discriminatory attitude towards Muslims is felt widely. Historically, there has been a conspiracy against Muslims and, as I see it, it is still going on. The Gaurakhshini (Cow Protection) movement which began in the 1860s led to several communal riots in British India and it has culminated in the mob lynching of Muslims and Dalits. Let's not stereotype: People from every community show good and bad traits. Why brand a whole group? (Source: Reuters)

There have been 88 incidents of cow-related violence from 2012 to 2018 — 86 of them are during the BJP's rule. Out of all these incidents, 56% of the victims are Muslims who were killed or injured. Muslims are socially, economically and educationally backward since a long time. On socio-economic and educational conditions of Muslims, Professor Mushirul Hasan pointed out that there is no difference in the Gopal Singh Committee report (1983) which was constituted to prepare a report on social, economic and educational conditions of the Muslim community and the Sachhar Committee report (2006) (What Ails Indian Muslims, eds. Murzban Jal and Zaheer Ali, pp-22).

It is the failure of the state — not only of Muslims. Muslims' socio-economic condition will not change unless the Indian State considers it as the state’s problem and not only of Muslims. Such kind of articles such as penned by Ms. Ahmad may shift the sense of responsibility onto a community which is in dire need of help.

Also Read: Open Letter to my fellow Muslims: Please step out of the ‘we are oppressed’ narrative. Fix what you can!

Post your comment
#Muslims and india, #Muslim struggles, #Racism against muslims, #Muslims discrimination
The views and opinions expressed in this article are those of the authors and do not necessarily reflect the official policy or position of DailyO.in or the India Today Group. The writers are solely responsible for any claims arising out of the contents of this article.

The writer is a Ph.D. Scholar in Jamia Millia Islamia pursuing his thesis on Social Exclusion of Muslims in India.