I survived lynching: Such violence existed before this govt. But it cannot become normal. There are ways to stop this

I faced the fury of lynching attempts on myself. Such acts have a long, disturbed history which predates the Modi govt. But this govt could take on the responsibility of ending lynching.

The mob lynching of any individual is simply horrendous and deserves severe condemnation. But unfortunately, we have witnessed cases of mob lynching not only during the last one decade but these unspeakable crimes broke all records in the wake of the Partition of India in 1947 and in subsequent years. 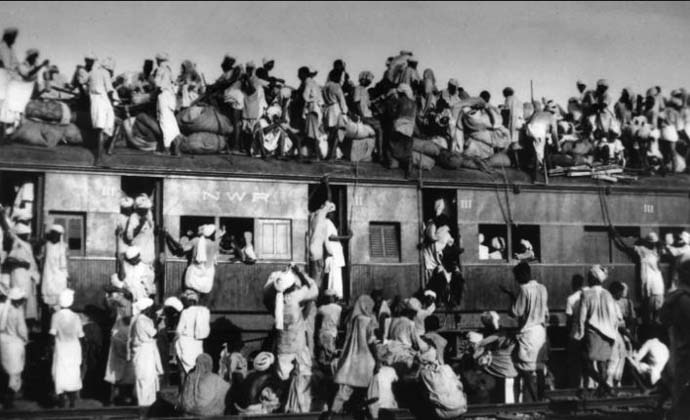 The mobs of Partition often changed into its victims and refugees too. (Photo: AP)

When we hear about these tragic incidents, the immediate question that arises is how human beings can become so inhuman? What transforms them into cruel brutes to violate the sanctity of life and kill someone like themselves for some imagined or real crime?

If we look at the history of mob violence, this is mostly directed to silence the voice of dissent or to teach a lesson to the 'other' about whom one has no or little knowledge and this lack of knowledge creates fear in minds. This fear leads to hate — and hate gives rise to violence against the so-called 'other'.

In fact, in a rule of law-based society, even a criminal can be punished only by a legally designated authority and only by holding a trial in accordance with the due process of law. Like other societies, we cannot expect to be totally crime-free but we have a number of laws and law enforcement agencies to ensure that those who violate the laws or take the law into their own hands are suitably punished. Mob lynching is essentially a law and order issue and Constitutionally speaking, this subject is the responsibility of state governments.

But when these acts of lawlessness start straining the national tapestry, then intervention by other national institutions becomes desirable and necessary.

It is most appropriate that the Supreme Court has described mob lynchings as “horrendous acts of mobocracy” and has asked Parliament to see whether a new law can be enacted to deal with the menace. The intention of this suggestion is clear — to enable the central government to intervene in cases where the state governments fail to discharge their Constitutional duties effectively.

This appears to be the reason that Prime Minister Narendra Modi himself has used very strong language to condemn these barbaric acts. Un-Civil Society? Alongside tough laws and firm official action, we also need awareness on the sanctity of life. (Photo: AP)

But it must be acknowledged that more than law, what is needed is national awareness. It is interesting to find that in the Economic Survey of 2019, the central government has used references from various religious traditions to highlight the importance of paying back debts. The document not only reminds those who have taken loans of the “pious obligation” to repay but also exhorts their children to be mindful that in case of the death of their defaulter parents, the duty to repay would devolve upon them, in order to save the souls of their parents from evil consequences of non-payment of debts.

Likewise, the government can start a campaign to create awareness about the sanctity of life — and it can take the help of various religious scriptures. We can refer to Sanatan teachings beautifully articulated by Swami Vivekananda, who said: “The essence of Vedanta is that there is one being and that every soul is that being in full and not a part of that being”. So, what the Sanatan tradition says is that when an individual is killed, it amounts to profaning the divinity that exists in that person in the form of the soul.

Similarly, the Holy Quran says: Take not life, which God has made sacred, except by way of justice and law (6.151). The Bible declares “life to be sacred, holy and precious”. The Guru Bani says: "In the first watch of the night, you were cast into the womb, by the Lord’s command" (Guru Granth Sahib, 74). Jainism and Buddhism both describe non-violence as the highest form of religion. In these traditions, the sanctity of life extends not just to human beings but all sentient beings. The Jain Munis carry brushes to sweep insects from their path to avoid any loss of life unintentionally.

Writing a piece on mob lynching is not simply an academic exercise for me.

After my speech in the Lok Sabha in defence of the Supreme Court judgment in the Shah Bano case in August 1985, and my subsequent resignation from government in February 1986, I was exposed to verbal and physical threats. More than three attempts were made on me in Hyderabad, Kerala, Barabanki and even in Bahraich, the constituency that I was representing in Parliament.

I was saved, but many other people suffered severe injuries. The most fatal of these attacks was at Jamia Millia University in Delhi in 1990.

I had gone there to participate in the last rites of Professor Mushirul Haq who was killed by terrorists in Kashmir. I joined the funeral prayers and walked with the procession to the burial ground. When we reached the gate of the graveyard, suddenly there was a blackout, the electricity was gone — and within a few seconds, somebody from behind hit me with an iron rod on my head. I collapsed in the darkness but other people rushed me to the All India Institute of Medical Sciences.

The blood loss was so heavy that the rear seat of my car was soaked in blood. This was clearly an attempt to lynch.

If I use strong language against those who incite violence, spread hatred and provoke mobs to take the law in their hands, resulting in injury or loss of life, then it is due to the fact that I have personally experienced the ugly consequences of these campaigns.

Also read: Before mob violence becomes populist rhetoric: Individualize Tabrez’s story, do not just reduce him to a statistic

Post your comment
#Lawlessness, #Supreme Court, #Mob violence, #Lynching
The views and opinions expressed in this article are those of the authors and do not necessarily reflect the official policy or position of DailyO.in or the India Today Group. The writers are solely responsible for any claims arising out of the contents of this article.

The writer is a former Indian cabinet minister and the author of the book, Text and Context: Quran and Contemporary Challenges