Before mob violence becomes populist rhetoric: Individualize Tabrez’s story, do not just reduce him to a statistic

Tabrez is much more than a statistic of mob lynching. We need to individualize his story, go into each detail of the incident and hold the perpetrators responsible.

As an old-fashioned storyteller, I sometimes rebel against the way violence is reported and narrated. The report assumes the epidemic nature of violence and records the event as one more example, one more piece of standardised evidence. A sociology which misses out on individuality, the singular nature of each event is often limiting. The ethics of narration demands that each event unfold as a separate anecdote. Each act of mob lynching creates a separate tragedy, invokes a different kind of poignancy.

The case of Tabrez Ansari is no different. Tabrez was a worker home from Pune on a holiday. He was accosted by a group of villagers who suspected him of theft. Tabrez protested his innocence, but the mob refused to listen. Tone deaf to the protests of his innocence, it beat him up. The accusation was not that he stole beef, or that he was stealing cows, or that he was a child lifter. He was suspected of theft and what was interesting is that the mob forced him to recite “Jai Shri Ram” as if it was engaging in an act of ritual justice. 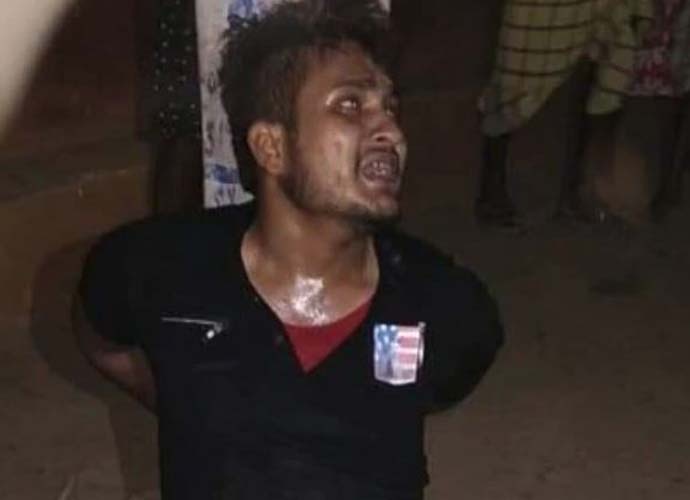 We need to close up on Tabrez’s story before mob violence becomes the natural order of the day. (Source: India Today)

Newspapers create an unstated irony in the way they juxtapose events. Close to the Ansari report, is the new home minister, Amit Shah, talking patriotically of the necessity of monuments for dead soldiers and cops. The care and concern displayed in one event is juxtaposed to the indifference by authorities to the other. In fact, when the theft was reported, the police allegedly tied up Tabrez for several hours, adding to the brutality of the larger beating. The 24-year-old worker died a painful death and the newspapers reported one more case of mob lynching.

Mob lynching is the other face of majoritarian democracy. Populism and mob mentalities are driving the violence today and there is little response from the government. It is as if murder moves few people today. Tabrez died a lonely death. What monument as an apology can one raise to him? This much, we as citizens and readers need to offer. We have to make sure the story does not disappear in a blur of statistics, in the anonymity of recent trends. There is a need to individualise his story and to also sociologise it, because the sociological narrative has to ask: Why do mob lynchings occur? One has to emphasise several layers of violence endemic to the act.

To the frenzy of the mob, we have to add the indifference of the police, who almost seem to second mob violence. The third level of violence is that of politicians who spell out the populist rhetoric of the hour. The fourth level is that of the writer who cannot erase the voyeurism of the drama. With these levels of narration, the victim is forgotten, the narrative told and our collective conscience purged. What one is forced to look at is not the pathology of the violence, but its sheer statistical normalcy. The routine nature of mob violence is something sociologists are ignoring. The focus is on the victim, but a deeper attention has to be paid to the perpetrator, to the network of perpetrators, because in mob violence, state and citizen act in chorus. NotInMyName: Are mob lynchings just another event which democracy must get used to? (Source: India Today)

This act of tacit collaboration is something newspapers ignore. The State as cop, bureaucrat, politician, is in complicity with the act. It is as if the majority that votes together, murders together and there is no testimony on behalf of the victim. By the end of the report, the victim is a backstage figure and the celebratory nature of the violence seems to creep into the unconscious of the narrative. The closure of the narrative then adds to the indifference of the audience. It is as if majoritarian India is saying mob lynchings are just another populist chorus which democracy must get used to.

Actually, justice demands a deeper investigation, not just the two-day report that disappears into the files the next day. The People’s Union for Civil Liberties/ People’s Union for Democratic Rights must investigate each little detail of what took place and identify all those who were involved as persons, such that they can no longer disappear into the anonymity or irresponsibility of the mob. One needs to identify the accused, the complicity of cops, so that the mob is deconstructed into a set of citizens. Mob lynching becomes a sociological shorthand for violence which we black box and erase. A decent democracy needs to confront itself in the mirrors of violence if it wishes to stay democratic.

Also Read: From sacred to profane: How the holy 'Jai Shri Ram' chant is now a cry of violence to lynch the terrified

#Tabrez ansari, #Jharkhand lynching incident, #Tabrez ansari jharkhand lynching, #Jharkhand mob violence
The views and opinions expressed in this article are those of the authors and do not necessarily reflect the official policy or position of DailyO.in or the India Today Group. The writers are solely responsible for any claims arising out of the contents of this article.