No-confidence motion: How Congress and other Opposition parties fell in BJP's trap

The principal opposition party, impatient to embarrass Modi and return to its position of political eminence, misread the party's reluctance to allow a trust vote

After four years of expressing distrust in Prime Minister Narendra Modi, the Opposition, led by the Congress, will move a no-trust motion against him in the Lok Sabha on Friday. Steamrolled to virtual electoral submission by the Modi juggernaut, the Opposition, especially the Congress, has taken a long time to throw a dare at Modi with far-reaching consequences.

The trust-vote, on the face of it, is aimed at testing the NDA numbers, but in real terms is the first significant battle for the political players who want to signal that 2019 is going to be different from 2014. UPA chairman Sonia Gandhi on Wednesday threw a counter-question at the journalists who asked her about the opposition numbers. "Who says we don't have the numbers?" she said.

Parliamentary affairs minister Ananth Kumar fired back, escalating the war of words. He said "Sonia ji's maths is weak. They had calculated similarly in 1996. We know what happened then. Their calculation is wrong yet again. The Modi government has a majority, both inside and outside Parliament... You will see support for us from all directions."

The Opposition sounded confident about throwing a credible challenge despite its numbers far below the threat level. TMC leader Dinesh Trivedi provided the most cryptic quote equating the trust vote to the epic battle of the Mahabharata as he said, "How can you forget that the Kauravas had a bigger army than the Pandavas. In the end, the Pandavas won."

Congress president Rahul Gandhi has signalled that he is ready to set up a title clash with Prime Minister Narendra Modi. He will speak on behalf of the Congress in what will be his first no-trust motion speech and that has the Congress enthused – as the debate over the motion may position the Gandhi scion as the leader of a proposed Mahagathbandhan for the Prime Minister.

For even Modi, who is used to constant criticism from the Opposition, this is the first motion of no-confidence. But one day before the debate and vote – his party was smiling like a victor.

Face-off: The real reason why the BJP shed its opposition to a no-trust motion may unfold once the event is over.

Sources say this time it was different. The Congress, impatient to embarrass him and return to its position of political eminence, misread the BJP's reluctance to allow a trust vote — assessing that the BJP was nervous over numbers.

Sources say that on July 16,  parliamentary affairs minister Ananth Kumar and BJP strategists briefed the PM on the number game and the issues involved. PM identified the the trust vote debate as a huge opportunity and asked the party to prepare for a battle. Compared to the Budget session, BJP president Amit Shah had already reached out to the difficult allies, like the Shiv Sena and restive partners like the JD(U).

But the real reason why the BJP shed its opposition to a no-trust motion may unfold once the event is over.

The leader said now under the no-confidence motion all topics and issues will be discussed. Rule 338 of Rules and Procedures of Lok Sabha says,”(338.)A motion shall not raise a question substantially identical with one on which the House has given a decision in the same session.”

According to the BJP, the rule lays down that all the issues which the Opposition will raise during the no-trust motion — after the trust vote is won by the government — cannot be raised, as separate topics for debate or motions in the same house.

This means the Opposition as per the BJP may lose the right to raise farm distress or mob lynching etc. as topics for discussion in the remaining part of the session.

So what does the no-trust motion earn for the Opposition?

There would be no long-focused discussion on issues that are tricky for the government. The government with superior numbers will win the vote and can push its legislative agenda in the session.

The Opposition is not one large chunk and all parties want to speak. Rahul Gandhi’s party has just 38 minutes of debate time. Other Congress speakers are Mallikarjun Kharge and Jyotiraditya Scindhia.

This means either Rahul Gandhi gets the time allocated to the UPA partners, or the regional players don’t get to deliver a long-constructed attack on the government. The BJP plans to fully use the debate — throw a counter at the Opposition parties.

Now the NDA has the numbers and will decisively prove it. The Opposition may fail to project a united picture as the BJD and AIADMK may want to stay equidistant given that the Congress, DMK in Odisha and Tamil Nadu are rivals — same as the BJP. The TRS, which was first off the block to flag the need for a front against the BJP, is a rival of the TDP, which has moved the motion.

The BJP will exploit this lack of unity numerically and politically.

Then PM modi will make his reply to the debate a 2019 poll speech. He will speak the last and certainly the longest — countering every opponent — attacking all of them — leaving behind a narrative which the BJP will use till the 2019 polls. The trust vote win will be used in a sense of the house endorsement of its tenure and policies.

Sources in the BJP say that the BJP will use debate to make Congress spell out its stand on issues like Triple Talaq, Shashi Tharoor's Hindu Pakistan —talibanisation Of Hinduism remark — to deepen the polarisation which works in its favour.

The Opposition was hoping that BJP allies and MPs may embarrras the PM by turning hostile.

Some of them dashed when estranged BJP MPs like Shatrughan sinha said, “ I think there are intellectuals in Opposition but they should've done it later. Because we have the numbers and our morale is also up. I haven't left BJP and party hasn't left me. As long as I'm in BJP, I'll support it and follow every whip BJP insiders say." Sinha had a change of heart as defying the party whips on the motion will mean disqualification. 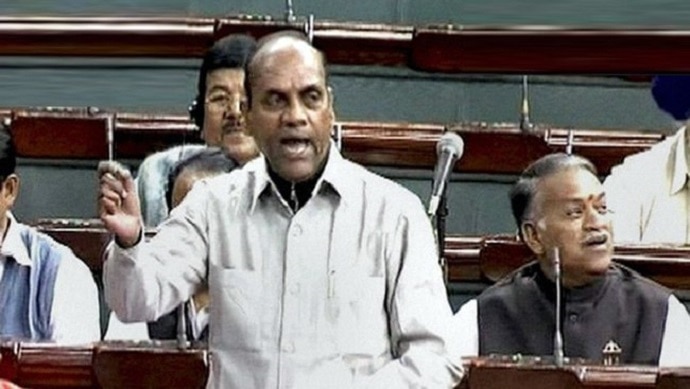 The numbers and equations

The BJP's worries about the Shiv Sena persist.

On Thursday afternoon, Sena leaders in Parliament indicated that a truce between the old allies is in the offing and the Sena may support the BJP.

But by evening the stand had changed to “ Uddhav Thackeray” will take the final call. But can Sena go against the government when its MP Anant Geethe is a minister in the council, which is the target of the no-trust motion?

The effective strength of the Lok Sabha is down to 534 (including the Speaker).

There are now 11 vacancies after Speaker Sumitra Mahajan accepted resignations of former BJD leader Baijayant "Jay" Panda and Jose K Mani of Kerala Congress (M). The BJP has 314 (excluding the Speaker) MPs. UPA and every other opposition parties have 63 and 156 (total 219). The majority mark is 268.

Absolutely not. We haven't even signed our attendance: Anandrao Adsul, Lok Sabha MP from Shiv Sena on whether his party will take part in #NoConfidenceMotion debate & voting pic.twitter.com/fKwuRpdY2J

Opposition to lose even if Shiv Sena abstains

The NDA, including two nominated Anglo Indians, has 314 votes (excluding the casting vote of the speaker). If the Sena abstains, the NDA would be down to 296. But the half-way mark will dip by 9 and the majority mark would stand at 258. The AIADMK is neither the NDA nor the UPA. The state government is locked in a river water dispute with Andhra ruled by the TDP, which brought the motion.

If 37 of AIADMK MPs abstain, the majority mark would be down to around around 250. The government will win.

If the AIADMK supports, the NDA will get 351 votes.

The TRS can't support the motion as it was moved by the party's arch-opponent — the TDP — which opposed creation of Telangana till the bitter parting.

It can’t be seen with the TDP. A final call will be taken by party supremo K Chandrasekhar Rao on Friday. If the TRS abstains, the majority mark would be down to 262.

The BJD has been equidistant from both the Congress and the BJP. Though BJP is a bigger threat in Odisha now, the BJD government is involved in eight land and water disputes with Andhra Pradesh, ruled by TDP. A senior BJD leader said,”If the NCP or such party had moved the no-trust motion, the BJD's stand could have been in its favour.”

Andhra's other party, the YSRCP with 4 MPs is yet to clarify and it may wait and watch. Jagan Mohan is TDP's key rival  but for a special status for Andhra demand he may be forced to back the motion.

The RJD, DMK, YSR Congress, AAP, and Left parties have openly said that they will support the motion. However the recent events in the JDs cong coalition in Karnataka have brought the focus on the 2 JDs MPs. Things are not bullet proof after the cm H d Kumaraswamy made the 'drinking poison' remark

Interestingly the Friday no-trust motion debate will upset the grand plans of the TMC for Saturday. Sources say that initially the TMC protested against the no-trust motion debate being scheduled on Friday as it wanted all its MPs in Kolkata for the annual martyrs day rally to be held on July 21. Initially the TMC was toying with the idea of having the entire spectrum of opposition leaders.

The TMC wanted its July 21 rally — an annual rally to pay homage to the 13 Youth Congress leaders killed by police firing during the Left's regime in 1993 — to be the curtain raiser of the grand alliance.

But eventually the TMC is said to be planning to issue a three-line whip asking all its lok sabha MPs to be present in Parliament for the no-trust motion.

But for the Congress, its allies and new friends, there is no turning back. They have to confidently use the debate on the no-trust motion — to deliver political body blows on the government — and send out a signal that it's preparing to make 2019 different — far different from 2014.

#Lok Sabha, #Parliament, #Rahul Gandhi, #Trust vote
The views and opinions expressed in this article are those of the authors and do not necessarily reflect the official policy or position of DailyO.in or the India Today Group. The writers are solely responsible for any claims arising out of the contents of this article.