Why Modi's India is not a republic of fear

Nothing concentrates the mind like fear. And it is fear that will be the weapon of choice for both the BJP and the Opposition as we head into election season.

Active campaigning for assembly elections in Rajasthan, Madhya Pradesh, Chhattisgarh and Mizoram will begin shortly. The 2019 Lok Sabha election looms. Fear will be the primary emotion the BJP and the Opposition will invoke among the electorate.

Pratap Bhanu Mehta, vice-chancellor of Ashoka University, wrote darkly in The Indian Express on the pathology of fear: “But the second biggest omission (in Prime Minister Narendra Modi’s Independence Day speech) was any acknowledgement of the emerging republic of fear being crafted as we speak: Dissenters are at risk, minorities marginalised, new forms of violence are taking shape, a new lumpenism is becoming the norm under state patronage, institutions are being used to stifle freedom of expression, there is an impatience with checks and balances, and the slow spread of an insidious communal poison in society. Modi was not expected to acknowledge any of these lurking dangers, or even give a solemn commitment to fight them.

“Rarely does an Independent Day speech touch upon such lurking threats to the republic. But in even scarcely acknowledging these burgeoning fears, Modi was doing two things. First, he was saying, all those of you who experience this fear are outside the pale of acknowledgment: You are simply refusing to get onto the fantasy of hope. Second, in not addressing those fears he was in effect signalling that the republic of fear is as much an acceptable prong of politics as the fantasy of hope he holds out.”

Let’s examine each of Mehta’s propositions.

Is India an emerging republic of fear as Mehta warns grimly? There’s no doubt that incidents of cow vigilantism and lynchings have caused great alarm among Muslims. The media has played its part. Cow smuggling, a thriving industry which in turn creates the cow vigilantism industry, gets short media shrift. But does cow smuggling justify cow vigilantism? Obviously not. It points to bad law enforcement that allows both crimes to occur under silent political patronage.

The insidious communal poison was spread decades ago. Gujarat, Maharashtra and Uttar Pradesh experienced communal riots on a vast scale. Almost all of them took place under Congress governments at the Centre and in the states.

If anything, communal riots have reduced during the last four years. Cynics scoff: that’s because Muslims have been browbeaten by the Sangh Parivar’s violent fringe groups. They no longer dare to riot because the hard Hindutva government emboldens their attackers. Writing about the slow spread of “insidious communal poison” in society, Mehta says Modi “is not expected to acknowledge any of these lurking dangers, or even give a solemn commitment to fight them”.

The key phrases are “not expected to” and “lurking dangers”. If you want to invoke fear, that is a masterclass in using insidious language that makes fear a self-fulfilling prophesy: your protagonist is peremptorily dismissed as “not expected” to do the right thing despite the “lurking danger”.

Mehta proceeds with his dystopian prognosis: “In not addressing those fears (Modi) was in effect signalling that the republic of fear is as much an acceptable prong of politics as the fantasy of hope he holds out.”

For Mehta, in the Modi Sarkar fear is real, hope a fantasy.

I’ve often criticised Modi on these pages for his real shortcomings – and there are many. But to say that fear in India today is the reality and hope a fantasy is nonsense.

Of course, cases of lynchings and vigilantism are condemnable. But it is not the first time they have taken place in India. It will not be the last, whoever is in power. India’s torn communal fabric tore many decades ago.

Does that mean Hindu-Muslim relations can never be repaired? Of course it doesn’t. But Mehta’s insinuation that an Opposition-led front can transform his “republic of fear” into a “republic of hope” is itself a fantasy. A quick look at the communal violence in West Bengal under the Trinamool Congress (TMC), a leading member of the Opposition front, will rapidly puncture that fantasy.

That doesn’t mean Modi needs to do nothing to right many of the wrongs of this government. Let’s list them.

First, he must speak more – and not only from the ramparts of Red Fort or through maan ki baat. It remains unacceptable that the prime minister hasn’t held an open, interactive press conference since taking office. Blaming the “biased” media is no excuse. 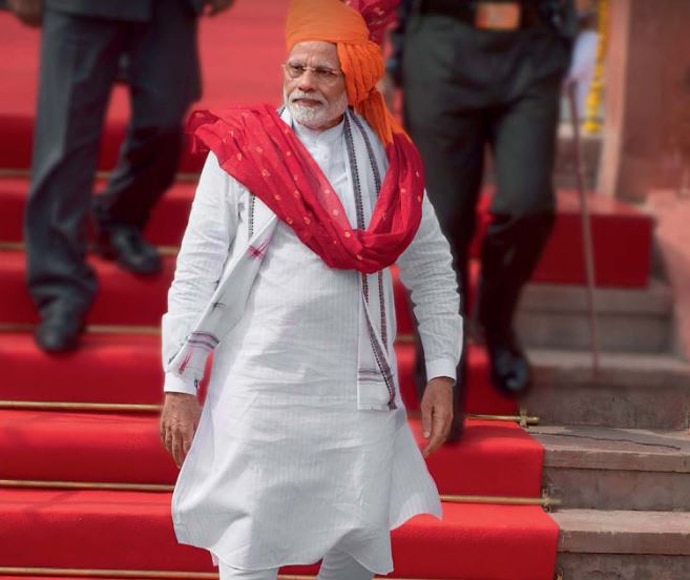 The media, for good or bad, is the fourth pillar of democracy. In India the mainstream media has lost the trust of readers and viewers. The media in the United States, if anything, is even more polarised and contaminated. That doesn’t prevent US President Donald Trump answering questions from the press, however confrontational the interaction. The mainstream British media is equally distrusted by the British public. Yet Prime Minister Theresa May wouldn’t dare not hold regular press conferences.

Modi’s second shortcoming is his long silences over acts of violence. They embolden lumpenism. Several BJP MPs and MLAs continue to encourage with provocative statements violence by fringe groups.

Why does Modi not restrain them more effectively? Because they play to the drumbeat of the hard Right that is a key BJP vote bank. The Congress-Left-TMC-RJD-SP secular front has coddled its Muslim vote bank for decades. The BJP has learnt the art and science of polarisation from practised masters. That is not a justification for counter-polarisation. Modi must rise above such prejudice.

Atal Bihari Vajpayee rose above the narrow-mindedness of his alma mater, the RSS, and forged a legacy. We live in a vastly different era. If Modi wants to forge his own legacy, he must make the republic of hope the reality for all Indians and the republic of fear a fantasy for those who see fear lurk everywhere and hope nowhere.