Why India is betting big on inland waterways under Modi government

Ferrying products through waterways brings down the transportation costs significantly.

The determination, with which the inland waterways plan has been operationalised in the last three years, is another manifestation of the government’s transformative zeal, as it promises to be a game-changer for the logistics sector.

History was created on November 12 when PM Narendra Modi received at Varanasi India's first container vessel carrying cargo belonging to food and beverage giant PepsiCo India, which sailed from Kolkata on October 30. This was the first commercial container movement on an inland waterway in India post-Independence.

In a major boost to port-led development and harnessing our Jal Shakti for India's growth, an inland waterways terminal will be inaugurated in Varanasi tomorrow. pic.twitter.com/mGMuyPejUe

The PM also inaugurated India’s multi-modal terminal on the Ganga river in Varanasi. This is the first of the three such terminals and two inter-modal terminals being constructed on the river.

The multi-modal terminals are being built as part of the central government's Jal Marg Vikas Project, which aims to develop the stretch of the river Ganga between Varanasi and Haldia for navigation of large vessels weighing up to 1,500-2,000 tonnes.

With this, a paradigm change in the working of India’s logistics sector clearly seems to be in the offing.

Even as we wait for the potential benefits to show, it is important to understand why the inland waterway is a game-changer. Equally important is to know how this was pursued and operationalised through the determination of shipping minister Nitin Gadkari.

#Video | The terminal on Ganga river, inaugurated by PM @NarendraModi, comes under a project aimed at promoting inland waterways as a cheaper and more environment-friendly means of transport. pic.twitter.com/1AEN5vFenB

It needs to be noted that in India less than 3.5 per cent goods are transported through waterways. This is abysmally low, compared to other countries. In China, Japan, South Korea and across Europe, this percentage is over 40 per cent. Even in Bangladesh, waterways account for over 30 per cent of the logistics sector.

Ferrying products through waterways brings down the transportation costs significantly. As a result, it reduces the final price of the goods, which in effect, will make these goods more competitive globally.

Equally, in a country like ours, which faces a huge problem of pollution and road safety, inland waterways offer big benefits for both. A robust inland waterway system will decongest our highways as well as city roads (where bypasses are not available on the highway), besides reducing fuel emissions from vehicles. It will also open up a new stream of employment opportunities.

Now, the manner in which 106 rivers were expeditiously enabled to be Inland Waterways in one go is a case study in itself. It may be noted here that while National Highways Act, 1956, vests full power in the central government to declare new highways as national highways merely ‘by notification to that effect in official gazette’, the same is not the case with Inland Waterways. 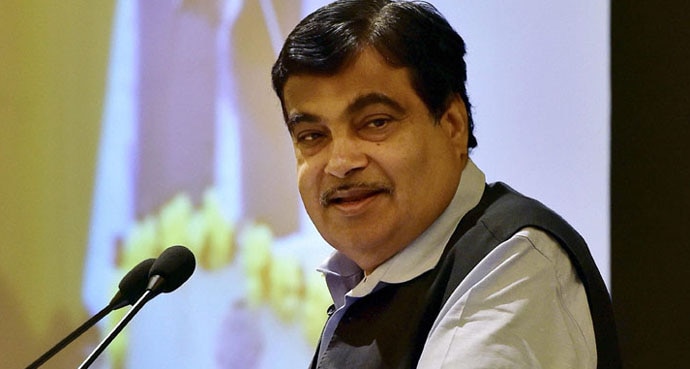 Gadkari was in a hurry. He knew the importance of inland waterways in transforming the logistics sector and bringing the logistics costs down, and hence, various alternatives were mulled over. One option was to go in for a constitutional amendment, vesting powers in the central government to declare by notification, new rivers into inland waterways, just like the national highways.

It was, however, felt that a constitutional amendment itself would be a time consuming process and might take up to two years. Other options were mulled over. Precedent notwithstanding, was there any rule that prevented the government from declaring multiple rivers as inland waterways by a single act of Parliament?

Finally, it was decided to attempt the unprecedented. Hence, all of 106 rivers were declared as Inland Waterways by a Bill introduced in Parliament towards the end of 2015.

Now it is a fact that it may take a couple of decades to operationalize all of these waterways and some of them may not seem viable eventually. But getting them all ‘enabled’ in one go was important to initiate feasibility studies and DPRs (Detailed Planning Report).

It was a statement of intent by a government which is on the go and committed to transforming systems.

#Nitin Gadkari, #Varanasi, #Inland waterways, #Narendra Modi
The views and opinions expressed in this article are those of the authors and do not necessarily reflect the official policy or position of DailyO.in or the India Today Group. The writers are solely responsible for any claims arising out of the contents of this article.