Liberals, don't despair! Here's why you should not let Lok Sabha 2019 get to you!

The liberal's glass is not half-full or half-empty, the glass has simply cracked. Many still can't understand just how Narendra Modi returned.

Avengers: Endgame is over, Game of Thrones sucked — and Narendra Modi is once again the Prime Minister.

This is a dark age for liberals.

In post-election results chatter, liberals are criticising liberals. An aggrandised self-critique, unlike ever before, is taking place in quaint living rooms over wine and cheese. An inability to understand the Modi phenomenon, coupled with the frustration with having to reconcile with his re-election, is causing a lot of self-doubt. After five years of finding fault, liberals are staring at another five years of dissecting state policies, identifying hate crimes, crying foul over government data and attending Jantar Mantar rallies. The greatest fear of all is that five years later, they may again find themselves in a similar situation. Scary thought, that! Here we go — again! The BJP's spectacular win in the Lok Sabha 2019 has left many gasping. (Photo: PTI)

Figuring out how Modi won is both tedious and dispiriting. There are no definite answers. Everyone's choosing their own — Balakot, LPG cylinders, toilets, bank accounts. Psephologists are perturbed... whatever happened to caste calculations? The liberal's glass is not half-full or half-empty — the glass has simply cracked. If only Modi had lost, the past five years would have gone down as a small misadventure in our democracy's large history. Everyone would breathe a sigh of relief, and business would continue as usual. But, instead, the nation seems to be hurtling down a path never trodden before with an all-powerful leader at the helm.

The nation's decision to rally around what can now be called the Modi-Shah hegemony is worrying. These are the common concerns — Has the country's DNA changed? Do the majority of us want India to be a Hindu Rashtra?

For our own sake, it's best if we have clear answers. Unfortunately, these are difficult questions. It's not all hugs: BJP must see that just as Congress' minoritism is wrong, so is its majoritarianism. (Photo: PTI)

Firstly, nations change — there's no need to be surprised. Perhaps it takes time to sink in if it's your country. Secondly, some leaders can capture the imagination of people and win elections. Individuals so charismatic, they can defy logic and reason. That's, at least, what seems to be going on in India. For a very long time, we did not have a leader who really stood out among his contemporaries. Vajpayee, yes, but he just got one term and was not really a disruptor.

Make no mistake; this is a government that has won elections on emotions and not economics. For the most part of the past five years, the government did not know what it was doing. Decisions were arbitrary and poorly thought out. There was a genuine lack of talent in most ministries and policies were ineffective. The government triggered an economic slowdown with demonetisation and amplified it with poor implementation of GST in successive years. They had to hide the embarrassing job data for over a year to win elections — crudely enough, they released it immediately after taking the oath. They have apparently blocked farmers' suicide data since 2016. The tinkering with the GDP calculation method has made global financial agencies raise eyebrows.

These facts stay, regardless of the poll results.

“More than a lack of jobs, the issue is a lack of data on jobs”. Read full interview of PM @narendramodi at https://t.co/vL3D1axWxE pic.twitter.com/yG2MYWpkz9

Unfortunately for the nation, the poor decision-making got buried under WhatsApp forwards that memorialised the legends of the one true leader.

Let me here quote the British novelist Somerset Maugham: "It is not true that suffering ennobles the character; happiness does that sometimes, but suffering for the most part, makes men petty and vindictive."

A good message for India, this.

We need to stop eulogising someone who romanticises his own hardships.

The narratives of hardships and hard work have been as polarising as Hindu and Muslim this election season. Whom will you elect — a leader who has not taken an off in the past 20 years or a leader whose family used to holiday on a naval aircraft on public expense?

So cunningly built, even the liberals fall for this narrative and become gullible. Everyone agrees Rahul Gandhi doesn't work as hard as Modi. Hard work as a yardstick to measure a politician's merit is just an outlandish new cornerstone of Indian politics. Life is about living and it's important for that idea to be in our politics and politicians.

Both Nehru and Indira Gandhi aspired to live a good life. Amid their busy schedule, they'd often take the time out to go trekking. Spend some family time together. Nehru, particularly, took physical health as a matter of pride. He did not need a Yoga Day. Like all good parents, he'd encourage his daughter Indira to prioritise her health, especially because she grew up frail. Surprisingly, it was only after she became the Prime Minister, her health issues subsided. All this is chronicled. 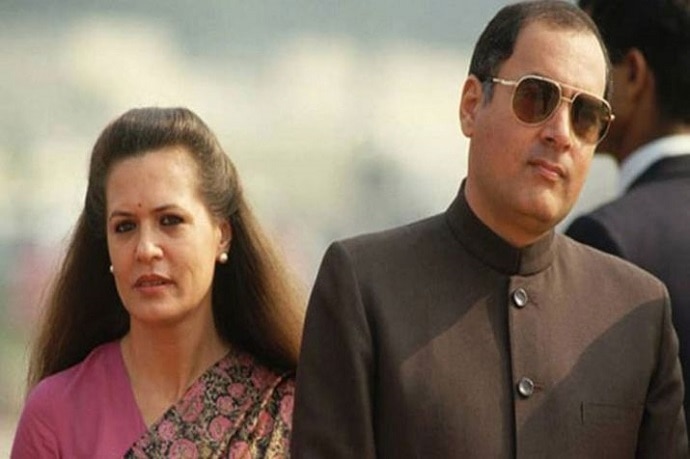 Former PM Rajiv Gandhi, accused of being 'Bhrashtachaari No. 1' by PM Modi, was targetted for his family vacations. (Photo: India Today)

So, did going on trips together made them lesser leaders? No!

To grant a moral high ground to people who work hard is plain stupid. Once morally superior, they can leverage it to justify and defend even the biggest of goof-ups. Remember the 'At least-Modi-Tried' argument even after it was confirmed demonetisation did not bring back black money?

When the trends were out on the morning of May 23, a news anchor pronounced that Rahul and Priyanka Gandhi must completely devote themselves to politics if they want to defeat Narendra Modi. Later in the evening, a friend said Rahul Gandhi should be like Naveen Patnaik, who was a dude until he returned to Odisha and immersed himself in politics. There were other suggestions too.

But most of them seemed to miss the point.

They were all wrong answers to the question — why had people voted for Modi, especially, after demonetisation, GST, massive job losses and economic slowdown? Well, nobody knows for sure!

Post your comment
#Rajiv Gandhi, #Rahul Gandhi, #Narendra Modi, #Tukde tukde gang
The views and opinions expressed in this article are those of the authors and do not necessarily reflect the official policy or position of DailyO.in or the India Today Group. The writers are solely responsible for any claims arising out of the contents of this article.