Led by Prime Minister Narendra Modi, the BJP has secured a sixth consecutive win in Gujarat, while snatching the electorate from Congress’ hold in Himachal Pradesh. The Assembly elections results are out, and it would seem the PM is going strong and is the best bet that the BJP has, anywhere, to score victories.

However, with the tally significantly reduced, at 99 and counting, the victory for BJP is really partial, scraping through this time, though they can always claim that after 22 years of unbroken rule, that’s not a bad seat count. Yet, what went into getting this diminished though electorally successful tally is the PM’s inordinate concentration, the key strategist Amit Shah’s relentless booth-by-booth calculations, as well as practically paratrooping the entire Union cabinet for the purpose of campaigning to retain the political citadel that’s Gujarat. How much of a victory then this is going to be? And what “lessons” PM Modi must take from the results?

Although it would seem that the “Hindutva lab” that Gujarat has been for the BJP, especially since 2002, has paid off, taking the BJP to win once again in 2017, the margins have dropped. The swathes of agitation in rural Gujarat, the distressed farmers, the “rurban” regions of partially urbanised zones, Saurashtra and North Gujarat, the anger of the Dalits, the repressed pain of the Muslims – are almost bubbling over. 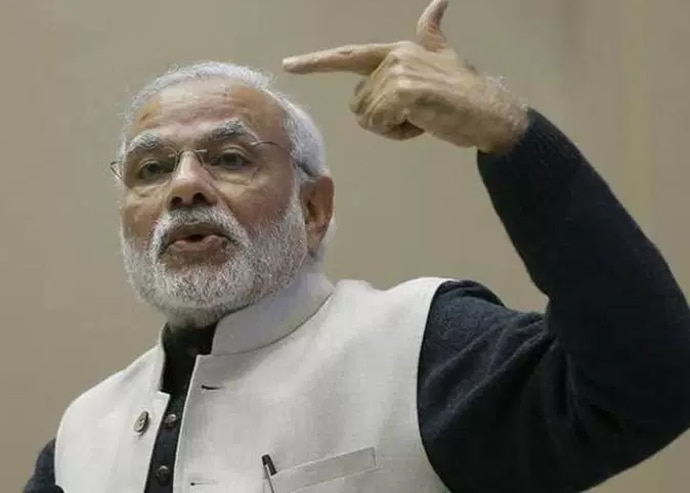 The shrinking of the electorate for the BJP shows that its tried-and-tested formula of majoritarianism is now running out of steam.

With the PM ditching “vikas” as a poll plank as the Gujarat model was constantly being punctured, the image of Gujarat became all important, and this was visible in Modi’s hastened bullet train announcement, or the seaplane ride on the last day. Clearly, the anger on the ground dented the BJP's prospects to a diminished number, and at under 100, the performance isn’t commensurate with the hype at all.

For how long glossing over the issues impacting the poor and the lower middle classes, minority baiting and chasing a bloated image of himself and his “Gujarat model” would prop Modi up? Time he reads the signals.

Rahul Gandhi is a real challenger

With the Congress president refusing to give in to the political poisoning of communalism, Modi has to contend with a surer Rahul Gandhi, matching the PM word for word in ferocity, without compromising on the principles, at least not in Gujarat elections.

The significantly upped tally of the Congress, though not enough to form a government in the western state, is a sure sign of a message being received, and well. If the momentum continues or picks up pace, Gandhi would emerge as a David to Modi’s Goliath in the coming months.

With Congress down, but not out, the UPA will form again around Gandhi as the possible PM candidate, and if the challenge put up in Gujarat is anything to go by, Rahul does show the mettle to slowly and surely emerge as the contender-in-chief. With his message of love and affection posited squarely against the politics of hate, can Modi rely on his 31 per cent electorate once again to sail him through, as was the case in 2019?

A much more combatant Congress and a host of allies firmly behind it giving issue-based support, it’s no longer impossible to dethrone Narendra Modi from India’s heart. The PM should pay heed now to maintain his score later.