Modi 2.0: What should Narendra Modi do after May 23

If PM Modi's first term was characterized by terrific foreign policy achievements, his second term should be all about bold economic reform.

If Narendra Modi returns to power next week — still a big 'if', although many of his detractors have begun to reluctantly accept this as a possibility — how should he kick off his second innings?

This is a good time to slip in a few thoughts before the cacophony of the exit polls begin from Sunday evening.

Depending on the likely outcome, either loads of advice will be heaped upon him — or critics will get down to gleefully dissecting reasons for his setback. Some will be busy speculating about the new government formation and offering gratuitous advice for the same. Others will work on a superannuation plan for Modi.

So, this is a short window of opportunity for lesser mortals like me, who have been supporting Modi steadfastly over the past five years, to get in a word sideways. It will be his victory: But the onus for delivery will also be squarely on Modi. (Photo: Reuters)

First, a Modi victory in 2019 will entirely go to his credit. As a number of journalists covering these elections from the ground have reported, people are voting for Modi. Candidates, party and even the RSS have been relegated to a lower order.

It can be said with reasonable certainty that Modi will not agree to head a minority government with a rag-tag coalition. He would prefer to sit in the opposition. Contrary to popular conjecture, should the BJP's numbers fall below 200 and other allies agree to come on board on condition of Modi not being the Prime Minister, the BJP-RSS will not be able to replace him immediately. It will have to wait for the next opportunity of either the Gathbandhan unravelling or a mid-term election.

So, even if Modi comes back with a reduced majority, it will still be a Modi Sarkar all the way — even more than 2014, one may argue.

Thus, the onus for delivery will also be squarely on Modi. Internal party compulsions and the need for political pragmatism cannot be cited as excuses any more. Concerns about state elections will have to be set aside, even if a few states have to be sacrificed by the BJP. A few reverses in assembly polls — should it happen — will not affect Modi’s fortunes at the Centre, unless he is heading a fragile coalition. That, as discussed above, is an unlikely scenario.

As the second-term Prime Minister, Modi’s first task should be to address the talent deficit in his government. For that, he has to cast his net wider than the shallow backwaters of the Sangh. That does not mean the well-known, fair-weather birds whom he rightly excluded in 2014 — but independent professionals of proven track records and no strong political affiliations.

There are many in industry, academia and, dare one say it, the media who may be willing to come on board with Modi 2.0.

What they may lack in terms of proven loyalty and ideological pedigree can be more than made up by way of competence. Many names of such personalities can be cited. But that may not be fair. However, a case in point is Nandan Nilekani, who is known to have played a big role in the UID implementation.

Modi would need a strong cabinet. Even in his first term, he dealt well with heavyweights like Rajnath Singh, Nitin Gadkari and Sushma Swaraj. Now with his image and credentials towering over all leaders, he should have no problem in taking other experienced leaders in his ministry, like Vasundhara Raje Scindia and Shivraj Singh, to have a more solid team that will allow him the bandwidth to deal with big-ticket items. 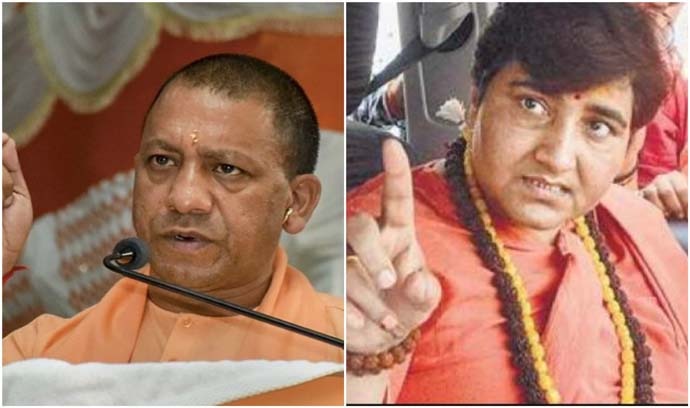 No more hate speech or reprehensible words: Crack the whip on the motormouths of the party. (Photo: India Today)

The lack of a strong legal line-up has been the BJP’s Achilles Heel, while the Congress has traditionally been a party of lawyers. Add to that legal activists and the Modi government has often struggled with the legal gauntlets thrown at it from time to time.

The highly respected K K Venugopal, an institution by himself, is too advanced in years to likely do another term as the Attorney General. It is not just senior law officers, the government needs a battery of legal eagles whom it can field to overcome judicial speed-breakers that the opposition, especially the Congress, will continue to put in its way.

Secondly, Modi has to adopt a zero-tolerance policy towards motormouths — people like Sadhvi Pragya have to be shown the door at the very first offence. That will set lessons for others.

In 2019, practically every BJP candidate — barring a few exceptions like Rajnath Singh and Nitin Gadkari — will owe their victory to Modi and Amit Shah. Therefore, dropping them is not going to pose any risks to the government. If the Sinhas and the Shouries could not bring down the previous government, the damage potential of Sadhvis and Maharaj-s would be even less.

Thirdly, the assembly elections in Madhya Pradesh, Chhattisgarh, Karnataka and Rajasthan should have been big enough lessons for Modi and Shah to realise that there is no substitute for good governance at the states — it is not enough to have a strong Prime Minister with an image cleaner than Caesar’s wife but poorly governed states, low on delivery and high on corruption. That can be a huge dead-weight for the Centre. This time around, voters may have decoupled the Assembly and Lok Sabha elections but it is highly doubtful that they will do it again. Modi–Shah would have realised this by the previous Lok Sabha by-poll reverses and the uphill battle they had to face in Uttar Pradesh. Modi needs mature and competent politicians to ensure that his vision is implemented at the state levels.

Nuisances like stray cattle and cow vigilantes have to be tackled ruthlessly — district administrations must have a clear mandate for dealing with communal crimes that can supersede local political leadership. The safety of women, minorities and Dalits should be non-negotiable without exception.

Some hard calls have to be taken on current Chief Ministers quickly. A situation may arise for appointing new Chief Ministers, either in states that may return to the BJP fold or come as new acquisitions. After a victory in 2019, Modi will not have to be insecure about regional satraps. Modi needs more like Devendra Fadnavis, young persons with a modern and progressive outlook, who can be empowered to take the country forward towards the “New India” in 2022 that Modi envisioned.

However, the biggest expectation of the public from Modi will be his promised action against corruption and economic offenders, on which the general perception is that of slow progress. While the due process of law must be followed and there should not be a witch hunt, at the same time, impressions of a lackadaisical approach put question marks over the intention of the government. Besides, as the adage goes, justice delayed is justice denied.

In his second innings, Modi will have to re-evaluate the government’s media strategy. Hopefully, the 'Khan Market gang' will sober down after the elections and not everyone would renew their membership of the 'Tukde tukde' or 'Award Wapsi' club. Similarly, the counter to Lutyens’ or South Delhi does not have to be North Korea. There is a large section of balanced voices in the middle that does not necessarily look for either access or freebies, which is worth cultivating.

In the last five years, the industrialists have by and large got the message that crony capitalism is on the way out — but, at the same time, a feeling of alienation has set in, which needs to be assuaged. A process of engagement with clear ground rules and boundaries may have to be restarted to facilitate a healthy public-private partnership. This will have an important bearing not only on investment and entry of foreign capital but also privatisation of ailing PSUs.

If the high point of Modi’s first term was foreign policy, the second term has to be of bold economic reforms.

He can move ahead with confidence, without having to be held to ransom by the a-NyAY of perennial sops. He can make fundamental and structural changes in employment creation and uplifting farm income. 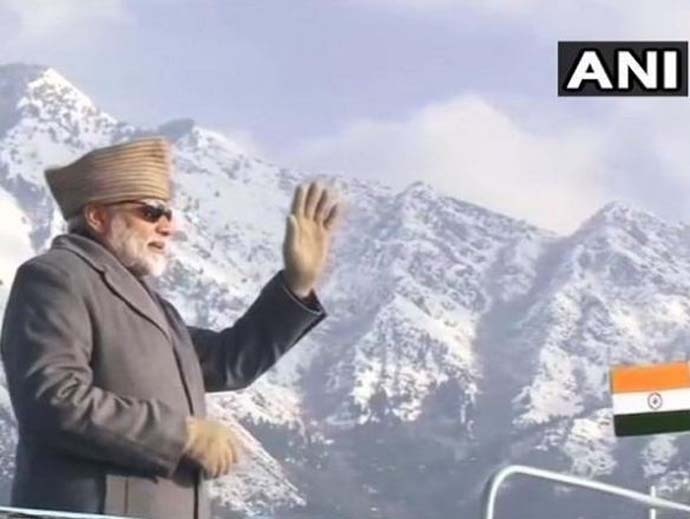 Take a vacation. Not to Lakshadweep maybe, but anywhere you want. (Photo: ANI)

Vacations are not sinful.

If he likes cruises, then he need not have to go to Lakshadweep, but take boat rides through the Sundarbans to shake hands with the Royal Bengal Tiger or Bhitarkanika in Odisha, where he can even wrestle with a crocodile, as in his fabled youth.

After working so hard for the campaign, the Prime Minister does deserve a break. Before that, for some light-hearted moments, he can hold a press conference (where he will answer the questions, not Motabhai), perhaps best located at the India International Centre.

Post your comment
#BJP, #Narendra Modi, #Lok Sabha elections 2019, #May 23
The views and opinions expressed in this article are those of the authors and do not necessarily reflect the official policy or position of DailyO.in or the India Today Group. The writers are solely responsible for any claims arising out of the contents of this article.