Why our foreign policymakers must not undermine India's 'soft power'

We do not believe in coercing others to believe in what we believe. Our “soft power” can have an impact on global thinking on the destructive use of hard power in international relations.

The “soft power” of a country is intimately linked to its image abroad. Today, what happens internally in a country has much greater external resonance than ever before.

References to India being the world’s largest democracy figure are routinely in exchange between us and the leaders of western democracies.

So far, platitudes about India and the West sharing democratic values have not translated into concrete political, security and economic benefits for India. Today they could translate to a degree because the spectacular rise of an authoritarian China — that openly spurns western style democracy — is raising concerns, whereas a rising India’s democratic credentials gives comfort to the West. 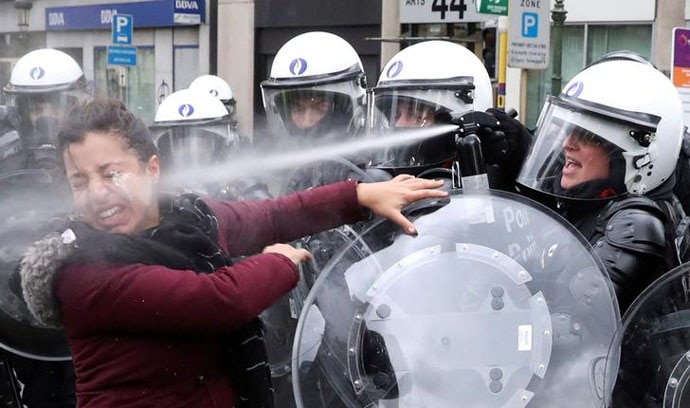 The European democracies too are losing their lustre. (Reuters photo of Yellow Vests protest)

India’s rise is not seen as threatening western interests, whereas America has begun to see China as a rival power that seeks global pre-eminence.

To increase our “soft power” and become a strong global anchor for liberal values rooted in India’s philosophical heritage of respect for diversity and tolerant and accommodative thinking, we have to make our democracy function better.

That our democratic system has worked despite our huge religious, ethnic, linguistic, caste and other diversities, as well the prevalence of widespread poverty in the country, is a tribute to our people.

That we have kept social tensions that inevitably accompany such enormous diversity under reasonable control is an achievement.

However, for ourselves and the world at large, we have to make our democracy less chaotic, more effective in implementing our laws and capable of delivering justice much faster, besides weeding out corruption and raising our low human welfare indices.

India is becoming more attractive economically at the global level with its high growth rates, large market and human capital, but is not associated with useable hard power despite our nuclear and missile capability. 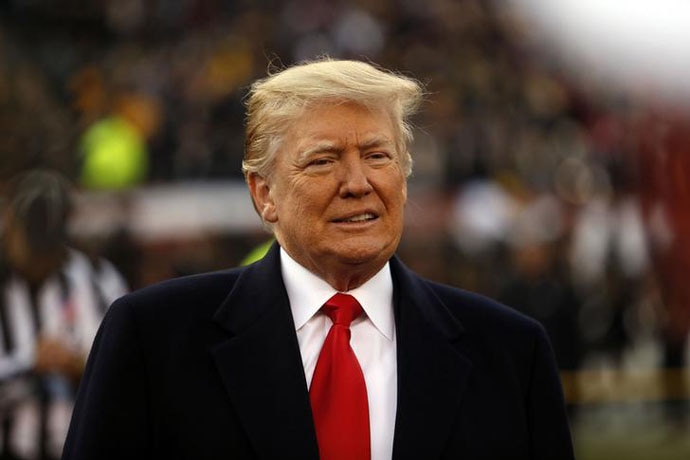 American democracy is beginning to be seen as dysfunctional with the Trump phenomenon. (Photo: Reuters)

But as our hard power gets increasing recognition, as it will, it should be accompanied also by the growth of our “soft power”.

Because we do not believe in coercing others to believe in what we believe, converting them to our way of thinking and imposing our values by force, if necessary, our “soft power” can eventually, hopefully, have an impact on global thinking on the destructive use of hard power in international relations.

For strengthening our “soft power”, we have to improve the functioning of our democracy. Instead, we are making our democracy look increasingly worse and diluting the value of an asset that we possess.

The declining aura of democracy at the international level is unfortunately contributing to this.

American democracy is beginning to be seen as dysfunctional with the Trump phenomenon, with the quality of his discourse, his impetuous tweeting, the probes launched against him, his attacks on the investigative and intelligence agencies of the country, his thrashing of the mainstream media, his criticism of the judges, the bitter divide between Republicans and Democrats and so on. 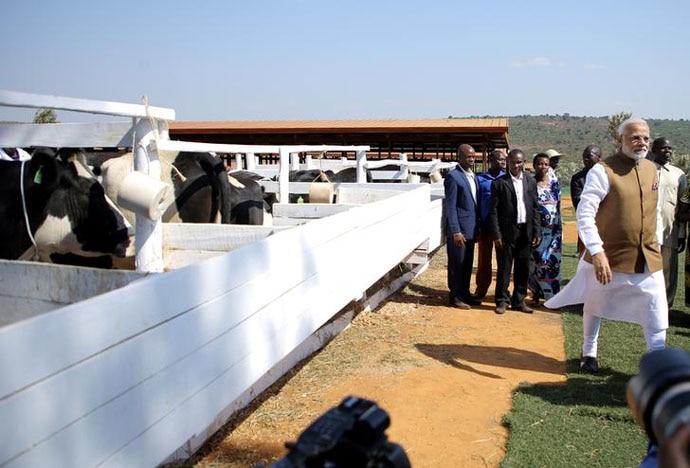 We should not embrace the worst features of American democracy. We must strengthen our soft power. (Reuters photo of Narendra Modi after he gifted 200 cows to villagers who do not yet own one, as part of the Rwandan Government's Girinka "may you have a cow" Programme, in Rweru, Bugesera district, Rwanda)

The European democracies too are losing their lustre because of the gaps developing between the governing and the governed. Democracies are supposed to be responsive to the will and demands of the people, but in actual fact, they are increasingly alienated from the ruling classes.

In France, the political exhaustion of the traditional political formations and now the “yellow vest” movement reflects this.

After the Nazi phenomenon, European societies developed a deep-seated abhorrence of nationalism as a political platform, but today right-wing nationalist parties are gaining strength in various European countries.

We are, unfortunately, imbibing some of the worst features of American democracy.

Public discourse is coarsening. It is now accepted as electoral wisdom that to capture the attention of the public, political leaders have to rake up scandals, make personal attacks, throw accusations of corruption even with no basis.

Political campaigning has to base not on presenting an alternative programme of governance, or telling the public how their lives could be improved through a set of policies different from that of the government in power, but attacking the political adversaries without restraint.

Voters have to be wooed through a liberal use of lies, propaganda and invective.

Instead of attacking the policies of the government, the opposition leaders and their spokespersons are constantly hurling unseemly abuse at the Prime Minister himself, calling him a thief and citing fictitious figures of financial benefits given by him to a corporate chief through a defence deal and incessantly repeating this falsehood.

The strategy appears to be that with constant mudslinging, some dirt will stick.

In our federal political system, the cycle of elections in the country is a continual one, which means that if political norms continue to deteriorate, the worst is not over yet.

The existing deep fault lines in our society can only be managed through mature politics, but if political standards decay, we are exposing ourselves to sharpened political and social divides in the future.

Image building abroad is an important part of diplomacy. Modi has worked with exceptional energy to raise India’s stature abroad. The liberal attacks on the dignity of India’s Prime Minister and the mounting disarray in Indian politics have an external impact as foreign observers abroad and those stationed in India such as diplomats and journalists closely follow political developments in India, as the stakes of India’s strategic partners in its rise have risen.

#Soft Power, #External affairs, #Narendra Modi, #International Politics
The views and opinions expressed in this article are those of the authors and do not necessarily reflect the official policy or position of DailyO.in or the India Today Group. The writers are solely responsible for any claims arising out of the contents of this article.