Keeping Your Word: Dear Navjot Sidhu, now that Rahul Gandhi has lost Amethi, when are you quitting politics?

Congress leader Navjot Singh Sidhu had said that he would quit politics if Rahul Gandhi loses Amethi. It's time to fulfill your promise, Mr Sidhu!

Navjot Singh Sidhu is probably not having a very good time now. For those of you who have been living under a rock, Sidhu's vocal chords were damaged a few days back. It was Karma's way of telling him to be quiet and stop making unbearable statements.

While most of us enjoyed the break we got from his rampant misogyny and ignorance, little did we know that we were in for a further treat! Recently, Rahul Gandhi conceded defeat to Smriti Irani in the 2019 Lok Sabha elections. Smriti won Amethi with a margin of 30,000 votes. Back in April, Navjot Singh Sidhu had promised that if Rahul Gandhi loses Amethi, he will quit politics. Well, Mr Sidhu, you may have forgotten about your statement — but us netizens haven't!

People on the Internet were quick to remind Sidhu to keep his word and leave politics.

“@sherryontopp stand true to your word...” tweeted one user.

“Politics will now be that much less entertaining as @sherryontopp prepares to keep his vow of quitting politics were @RahulGandhi to lose #Amethi. I am afraid he may already have tendered his resignation as Minister to @capt_amarinder,” tweeted another user. 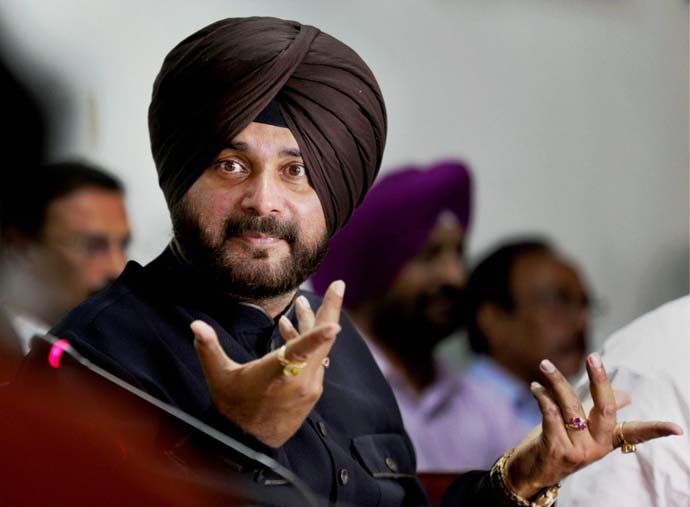 The thing about this whole debacle is that if a politician makes a bold (and frankly, stupid) statement like the one Sidhu made, he/she doesn't deserve to be a part of the country's political discourse. It goes to show that Mr Sidhu is not only terribly misinformed about public opinion, but also clearly very unfamiliar with how the country votes.

And now, if he doesn't quit politics, it would also mean that Sidhu is not a man of his word. How about keeping your word, Mr Sidhu? Rahul Gandhi's lost Amethi. You should quit raajneeti too. (Photo: PTI)

If Sidhu does stick to his word, and leaves politics, my first reaction will be 'Thoko taali!'. I might well go on to laugh my guts out, while tapping my thighs, in Sidhu's signature style.

But most important of all, I will be happy that now, there's at least one less prejudiced politician that the people of India would have to deal with.

So, the clock is ticking, Mr Sidhu, and the ball is in your court. Kindly stick to your word and leave.

Also Read: Bye-Bye Dynasty: The Modi tsunami and the end of an age of privileged entitlement

#Lok Sabha election 2019, #Comedy Nights with Kapil, #Sidhu vocal chords, #Navjot Singh Sidhu
The views and opinions expressed in this article are those of the authors and do not necessarily reflect the official policy or position of DailyO.in or the India Today Group. The writers are solely responsible for any claims arising out of the contents of this article.