The release of the Sharif family is being seen as a major victory for the PML-N. It ushers in more difficulties for Prime Minister Imran Khan.

History was made when the Supreme Court of Pakistan ousted a sitting Prime Minister, and made him step down on charges of corruption.

Nawaz Sharif, who was then Prime Minister, saw his premiership taken away, followed by imprisonment of ten years in the Adiala Jail in Rawalpindi, along with eight years for his daughter Maryam Nawaz Sharif, and one year for his son-in-law Captain (Retd.) Safdar, charged with corruption under the Avenfield reference, by the accountability court.

The court’s verdict came as a massive loss for the Pakistan Muslim League-Nawaz (PML-N) and the Sharif family, as their rivals, the Pakistan Tehreek-e-Insaf (PTI), led by cricketer-turned-politician Imran Khan, took this up as their success against what they called “struggle against the corrupt leaders”, resulting in a populous victory in the 2018 General Elections, making Imran Khan the country’s Prime Minister. 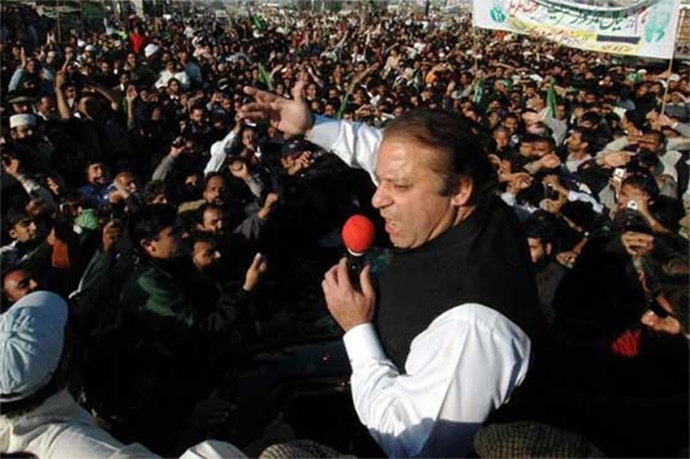 Return of the Tiger: Nawaz Sharif is known as the 'sher' of Pakistani politics. (Photo: Reuters)

While PML-N's future hung in the balance in an uncertain relationship with their coalition opposition parliamentary partners, the Pakistan People Party (PPP), the future for the Sharif family and their political party seemed bleak.

When Nawaz’s wife, Begum Kulsoom Nawaz breathed her last in London hospital on Eid, her husband and daughter were in Adiala jail.

The trauma they went through was visible on the faces of the Sharif family as they were released on parole to attend the last rites of Kulsoom Nawaz in Jati Umra, Lahore. 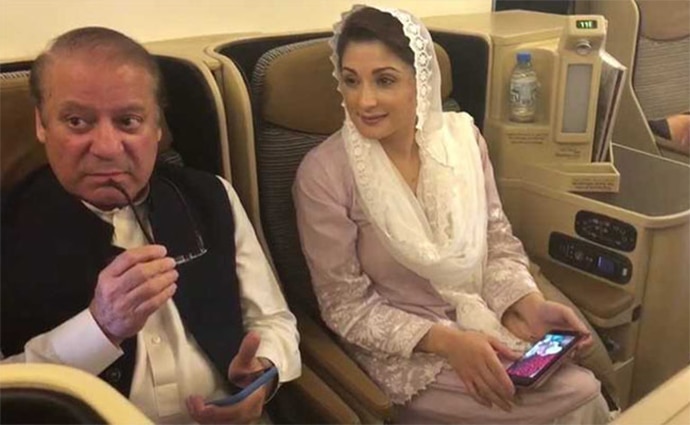 The Journey Back: Nawaz and Maryam Sharif went to jail. The tide could have turned in their favour now. (Photo: Indiatoday.in)

“It is a historic and moral victory. The truth has prevailed”, said PML-N leader Ahsan Iqbal.

“It is the political struggle of Nawaz Sharif that has given him victory. We never lost the elections. In fact, we won the elections. This current government is only there because Nawaz Sharif was deliberately put behind bars. It is now proven that the whole episode of framing the Sharif family was based on a false and propagated agenda,” said PML-N senior leader Mushahid Ullah Khan.

The release of Nawaz Sharif's family is being seen as a major victory for the PML-N — and may usher in more difficulties for the ruling government of Prime Minister Imran Khan.

Nawaz Sharif’s family, after being released from the Adiala jail, was taken straight to the Nur Khan Airbase, from where they will be taken to their residence in Jati Umra, Lahore, on a chartered plane. The popular question Nawaz Sharif kept asking during his public rallies, after being ousted from premiership was “Mujhe kyu nikala?” (Why was I ousted?).

The question soon became an internet sensation with social media, along with the electronic and television media poking fun at it. The then-opposition party of Imran Khan — the PTI — also took digs at the question, calling it hilarious — after all, how could Nawaz Sharif not know why he has been sent to jail?

However, the same question is back in the news again — this time, it sounds much more assertive and powerful because the Sharif family has finally been released.

This time, the Imran Khan-led PTI government ought to take it more seriously.

This time, they need to huddle up and prepare for a major political assault by their arch rival.

Post your comment
#Islamabad, #Imran Khan, #Maryam Nawaz Sharif, #Nawaz Sharif
The views and opinions expressed in this article are those of the authors and do not necessarily reflect the official policy or position of DailyO.in or the India Today Group. The writers are solely responsible for any claims arising out of the contents of this article.