When the NDA was elected in May 2014, the big question was about just when the big bang reforms would come. Then Prime Minister Narendra Modi dro­pped the demonetisation bomb on November 8, 2016. The benefits of that are still to materialise and are even debatable.

Wouldn’t it have been much better if he had denationalised public sector banks which Indira Gandhi had nationalised in 1969 as an image-building ploy?

Since then, every government has used public sector banks as a milch cow for its populist schemes even though the declared aim of nationalisation was to redistribute credit away from large industrial houses to what came to be known as the priority sectors. It achieved mixed results, as seen from the recent spate of farm loan waivers. Almost half a century after the act, it is clear that the public sector bank system is riddled with corruption, cronyism and mismanagement. 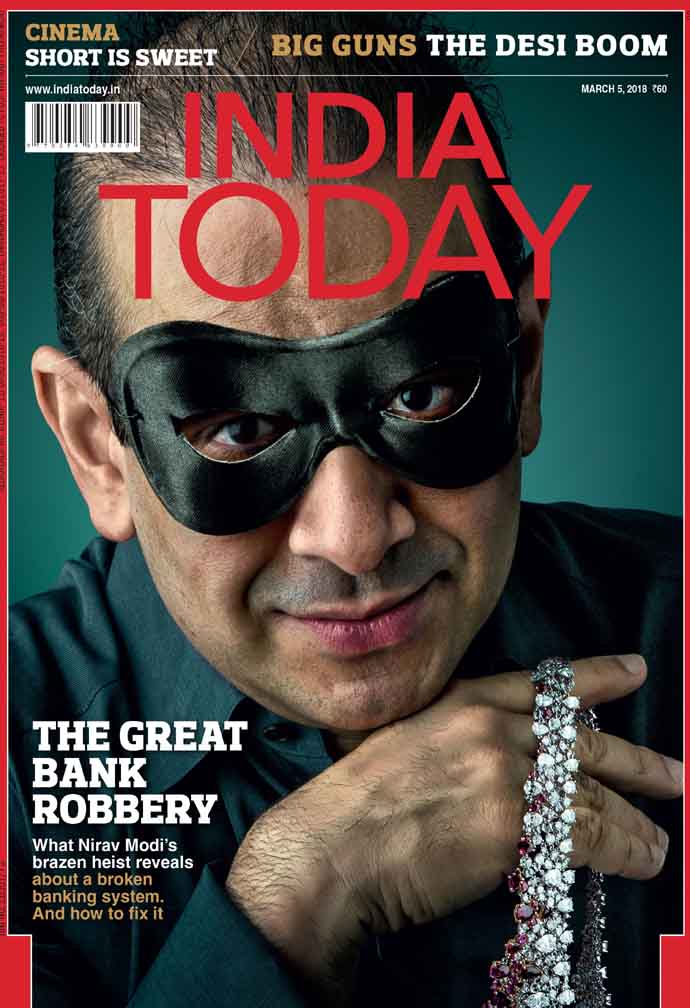 Nothing illustrates this better than the Nirav Modi case which allowed the diamond jeweller to defraud the nation’s second-largest public sector bank of over Rs 11,000 crore by conniving with bank officials to raise letters of undertaking with no supporting collateral for several years. It underlines huge lapses in operations with poor management scrutiny and lack of accountability as well as transparency. It also shines a light on the unholy nexus between banks and influential businessmen who artfully bend rules to suit their requirements.

This comes at a time when the government was trying a three-pronged attack to fix the problem - creating a new Insolvency and Bankruptcy Code (IBC), recapitalising banks to the tune of Rs 2.11 lakh crore to protect depositors’ money and trying to get rid of gargantuan non-performing assets worth Rs 7.34 lakh crore (as on September 2017).

The solutions to endemic problems are well known or at least well documented. In this case, points out deputy editor MG Arun, who wrote the cover story, the government could have implemented some of the recommendations of the PJ Nayak committee on governance issues in banking.

In 2016, the government had also appointed the Banks Board Bureau under former comptroller and auditor general Vinod Rai to enforce “a code of conduct and ethics for managerial personnel” in public sector banks, but not much has been achieved so far. The government also appointed nine executive directors to public sector banks recently to improve the human resource factor.

There is political realisation that change is required, but no tangible result. Recently, chief economic advisor Arvind Subramanian said that besides the 4Rs sol­u­tion of Recognition, Recapitalisation, Resolution and Reform, there is a need for better regulation. Then he timidly suggested privatisation could be the solution. If the government can take the laudable step of privatising Air India, why not public sector banks?

The government already lays down lending norms to private banks to achieve their social goals. Why then burden the taxpayer for the misdeeds of the banks which would run into lakhs of crores? Banks are always tardy in declaring loans as NPAs.

I believe there are many more surprises to come. This is not to say that private banks won’t have frauds, but it is not public money that is lost but that of private shareholders.

For me, the issue highlights three basic problems with public sector institutions in the country. First is that very few bank officials have been charged with malfeasance. The focus is more on the loan taker than the giver. Second is the failure of an elite autonomous institution, the Reserve Bank of India, to spot malfeasance of this scale. Third is the total disregard for public money by those meant to safeguard it. The point is not which political establishment allowed Nirav Modi to exploit loopholes and use hard-earned depositors’ funds to feed an empire of deception. The point is that successive governments allo­wed him to continue to disregard rules and treat PNB as his own private treasury. India Today’s cover story examines all this and more, plotting Nirav Modi’s remarkable rise with his eponymous brand becoming a red carpet regular and luxury fixture with 15 stores across the globe in just over eight years.

I would like to take the liberty of reminding Prime Minister Modi again, which I have done frequently in this space, of his general election slogan: government has no business being in business. Until he applies that to banking in India, there will be many more Nirav Modis in the offing.

Also read: Does Indian Army have a plan, or are we headed towards war with Pakistan?