She now faces the task of winning the trust of the armed forces.

Nirmala Sitharaman has become the first full-time woman defence minister of India. She is only the second woman to hold the crucial defence portfolio - the first being former prime minister Indira Gandhi. As she prepares to enter room number 104 on the first floor of the South Block, Sitharaman faces a huge challenge - of making the Indian armed forces "fit for war".

This becomes extremely critical at a time when China and Pakistan have been sabre-rattling at the borders and terrorists have been launching a series of audacious attacks on security forces in Jammu and Kashmir.

Will Nirmala Sitharaman be able to push files that often get stalled at the ministry of finance? That will be her first big task.

At the time of superannuating, then Chief of Army Staff General Vijay Kumar Singh, now minister of state for external affairs had pointed out the "critical hollowness" in defence preparedness, especially the shortage of ammunition and obsolete air defence capabilities.

From 2012 to 2017, a major part of that critical hollowness that has developed remains to be addressed. According to a recent report by the Comptroller and Auditor General (CAG), in 2015, approximately 50 per cent of tanks and artillery ammunition had stocks for less than 10 days of fighting.

For 40 per cent of its weapons, the Army has less than 10 days of ammunition. What is of greater concern is that the CAG report indicates that the production of ammunition supplied remains inferior in quality and quantity. Sitharaman will have to address this critical hollowness in defence preparedness.

And critical hollowness is not restricted to shortage of ammunition. The Army soldier on the ground needs a new infantry weapon. The order for 44,000 light machine guns was recently scrapped. For the infantry soldier fighting terrorists in Jammu and Kashmir - bulletproof jackets, light helmets, corner shot rifles are all promises that desperately need to be fulfilled.

To fight terrorists at night and the enemy across the line of control (LoC), the Army needs over 30,000 night vision devices and close to two lakh lightweight bulletproof jackets and light helmets.

Similarly, with terrorists increasingly launching mines to take out soldiers in larger numbers, the Army is will waiting for mine protected vehicles (MPVs).

In the summer of 1999, then COAS Gen Ved Prakash Malik during the Kargil War said we will fight with what we have. Almost two decades later, the situation is not very different.

The Army requires 4,000 howitzers. The 155mm howitzer Bofors had played a key role in India's victory in the Kargil War of 1999. The Army had since placed an order for 155mm/52 calibre guns. So far all that the Army has is 145mm 777 howitzers procured from the USA.

Though the Army is also placing another order for 114 155/45 calibre Dhanush howitzers (made in India, on Bofors pattern), there have been some issues with the programme.

The Indian armed forces desperately need new helicopters. The Cheetahs and Chetak helicopters need to be replaced. Though the Army is acquiring six US-built Apache helicopters to support its armoured offensive, its army aviation and air defence units have reduced combat effectiveness due to obsolete equipment.

A large part of India's armoured might is also night-blind. 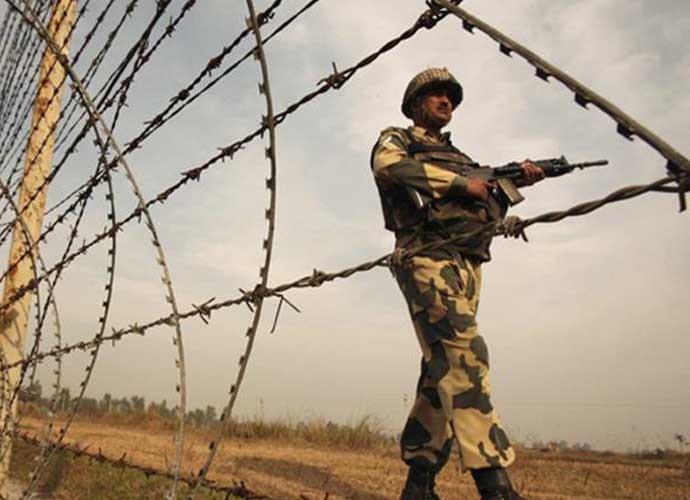 Upsets like withdrawal of free rations at peace stations indicate poor appreciation of the contributions made by the armed forces whether in conflict or peace.

Though the T-90 tanks of Russian origin have night-fighting capabilities and India has more than 600 such tanks, but a number of both the T-72 tanks and Infantry Combat Vehicles remain night-blind. Combined with this is the requirement to make the Mountain Strike Corps against China fully operational.

The issues for Nirmala Sitharaman are not restricted to the Army. The Indian Air Force (IAF) had been projecting a requirement of 45 combat squadrons and had 39.5 squadrons.

However, the numbers have since fallen to fewer than 33 squadrons now and these include MiG-21 and MiG-27 aircraft, some of which are flying on a life extension. So while the IAF waits for 126 new aircraft, it has acquired 36 Rafale fighter jets. The requirement with two hostile neighbours and the need to have offensive capabilities is not restricted to fighter jets.

Both the Army and the Air Force have been seeking upgradation of their missiles and enhanced capabilities to be able to watch over the hill. Surveillance over China and Pakistan - given the hostile neighbourhood - is extremely important.

No smooth sailing yet

With Chinese ships and submarines increasingly expanding their footprint in the Indian Ocean region, the Indian Navy has been desperately trying to play catch up.Accidents have been the Navy's Achilles heel. Coupled with accidents on board the Kilo class submarines, the slow progress of the programme to build six Scorpene submarines has been a cause for concern.

From submarines to destroyers to maritime reconnaissance aircraft to helicopters - 111 utility helicopters and 123 multirole helicopters - the Navy wants to take a giant leap in modernisation to ensure its dominance in the Indian Ocean region.

Indian Navy plans to have 200 ships by 2027. 40 ships are currently being built to enhance its strength from the current 145-ship strong fleet.

Apart from equipment, there are issues of pay and parity that Nirmala Sitharaman will have to address on priority to keep the morale of the fighting forces high. The stature of soldiers vis-à-vis civilians especially after the 7th pay commission has been a cause for concern.

Upsets like withdrawal of free rations at peace stations indicate poor appreciation of the contributions made by the armed forces whether in conflict or peace.

After swearing in as defence minister, Nirmala Sitharaman told India Today TV she felt overwhelmed by the trust placed in her by the prime minister and her party. She now faces the challenge of winning the trust of the armed forces.

Post your comment
#Armed Forces, #Defence Ministry, #Nirmala Sitharaman
The views and opinions expressed in this article are those of the authors and do not necessarily reflect the official policy or position of DailyO.in or the India Today Group. The writers are solely responsible for any claims arising out of the contents of this article.