We may not be a big vote bank, but then, numbers don't decide the actual success of a polity. People do.

“How do people from the Northeast feel about life in Bangalore?”

I was asked this question over the phone while I was at a police station, trying to help file an FIR for a molestation victim from the Northeast. That alone answers the above question.

Karnataka will begin voting in less than 12 hours. While most people living in the state may not be participating directly in the polls, there is a lot at stake for us, too.

It's another matter that at the moment, for all parties in the state, it's all about "Kannadiga pride". They don't feel the need to make a special mention of the "outsiders" living here. Nevertheless, we have been watching the election closely.

I came to Bangalore 27 years ago, but every year, hundreds from across the eight states of the Northeast come to Karnataka for employment and education.

Around three lakh people from the Northeast live in Bangalore, while two lakh others are spread out in other cities of the state. And this, despite the “Northeast exodus” of 2012, when those from the region living here rushed back home following rumours of orchestrated violence against them. Though attacks on the NE people were reported from cities outside Karnataka too, it was mainly those living in Bangalore who left the state in panic.

The police and the government (at the time, the BJP was in power in Karnataka and Jagadish Shettar, the chief minister) claimed that not all the attacks on the northeasterners were racially motivated. Well, we can't be certain that was indeed the case. 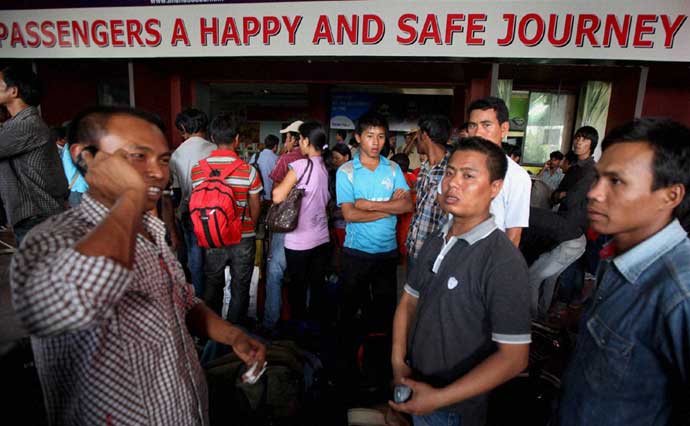 During the 'Northeast exodus' of 2012, those from the region living in Karnataka rushed back home following rumours of orchestrated violence against them. Photo: Reuters

Yet, six years on, every year, citizens from the Northeast come to Karnataka in search of a better life. Bangalore is a favourite when it comes to deciding the city of their dreams outside their homeland. For many of us, it's not just about jobs. Though unemployment is a major reason, there are other important concerns, such as poor governance, lethargic administration, human rights violations and sexual abuse by the armed forces back home, that force us to make this choice.

These are the painful realities which northeasterners wish to leave behind when they step outside their homeland. For a northeasterner with no school education, life as a construction worker or an ATM security guard in Bangalore is any day less menacing than living in the fear of getting picked up by an Army van on the mere suspicion that he/she is a militant – and then never returning home. The same is the case for the educated, yet unemployed — it's better to serve in the hospitality sector, even at the lowest rung, than to succumb to frustration or drug abuse. For the student community in the Northeast, quality higher education of the kind offered outside the region is years away.

Yet, while they leave their homes in the hope of better prospects and progress, they get beaten up, molested, raped and at times, even murdered in this state. Every month, I am inundated with calls from young men and women asking for help against abusive landlords, aggressive neighbours and rapist employers. Not to mention the catcalls and jeers, which, unfortunately, are more than occasional.

In Namma Bangalore, there are different names for a northeasterner. Photo: Reuters

In Namma Bangalore, there are different names for a northeasterner — for the educated elite, we are the “migrant population” (decent enough); for the moneyed but uneducated, and flush with Kannadiga pride, we are the “tribal-chinkis”, sometimes also “Chinese” or a “kanchhi” (Nepali), the "immoral" outsiders.

But that doesn't mean there have been no kind souls in Bangalore. There are many Kannadigas who have been working for our rights. Without their support, perhaps it would not have been possible at all for us to create public pressure on the police.

The police are our only hope because the government says it cannot provide special cover only to NE people. They say if we give special attention to just one group, other "outsiders" too would start asserting their wants. “People from Uttar Pradesh, Tamil Nadu or Maharashtra will say ‘what about us’?” 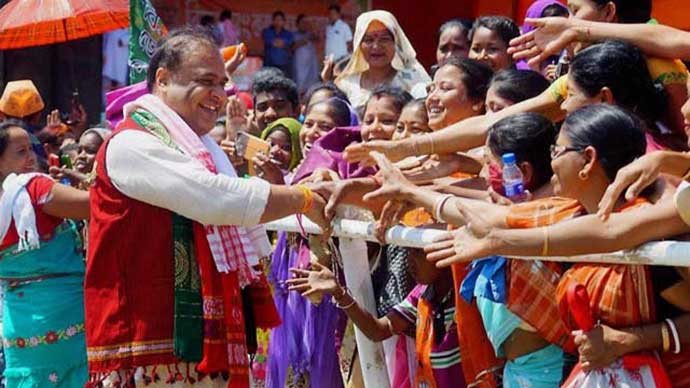 Of course, the BJP got Himanta Biswa Sarma all the way from Guwahati for campaigning. Photo: PTI

Coming back to the elections, in which around 20,000-30,000 of the estimated five crore citizens will cast their ballot tomorrow, political parties, for obvious reasons, don't see much of a vote bank in us. Of course, the BJP got Himanta Biswa Sarma all the way from Guwahati for campaigning — but he didn't meet representatives from all NE states, although a few Assamese friends told me that he had been talking about setting up “Assam House” in Bangalore should the BJP come to power.

The small NE community in Bangalore obviously expects more from political leaders from its own region (irrespective of which party they belong to), especially from someone who is now seen as the most powerful BJP leader in the entire Northeast. But then, we also know that political leaders are bound to place the interest of their party over the people they represent.

For that matter, it doesn't make much of a difference whether the Congress or the BJP wins this election. What we want is someone to hear us out, address our problems. And that is why voting or not, elections mean more to the "outsiders" living here than just the indigenous population.

A change in government policies and programmes would also mean a change in the attitude towards the people from outside Karnataka living in the state. It's about our existence, our careers, our dignity and our dreams.

We may not be a big vote bank, but then, numbers don't decide the actual success of a polity. People do.

And every year, more people get added to this number in Karnataka.

When I look back, it's slightly discouraging that despite spending 27 years in this city, and earning the goodwill of the local people, I remain an inside-outsider.

Also read: Damning evidence that everyone - except Nehru and Congress - met Bhagat Singh in prison

#Northeast, #Karnataka election 2018, #Karnataka Assembly polls
The views and opinions expressed in this article are those of the authors and do not necessarily reflect the official policy or position of DailyO.in or the India Today Group. The writers are solely responsible for any claims arising out of the contents of this article.

The author is president, Northeast Solidarity, and professor and chairperson of the Women's Studies Department in the United Theological College, Bangalore.