My friend Atanu Sen is a Narendra Modi fan, a vocal BJP supporter in WhatsApp groups and on the EVM, and wants the BJP in West Bengal. So why is he unhappy with the state of things in Kolkata after the BJP took away 18 seats from Bengal in May to form a robust government at the Centre?

“There is a sense in the city that the Bengalis are now irrelevant. That the trading Marwari and Punjabi communities that are solidly behind the BJP financially and the voters from Bihar, Jharkhand, Uttar Pradesh and elsewhere who have settled in Bengal as economic migrants and vote en masse for the saffron party, have made the Bengalis largely irrelevant in their own state. This is dangerous and may alienate Bengalis who genuinely want Bengal’s political discourse to change,” he tells me. 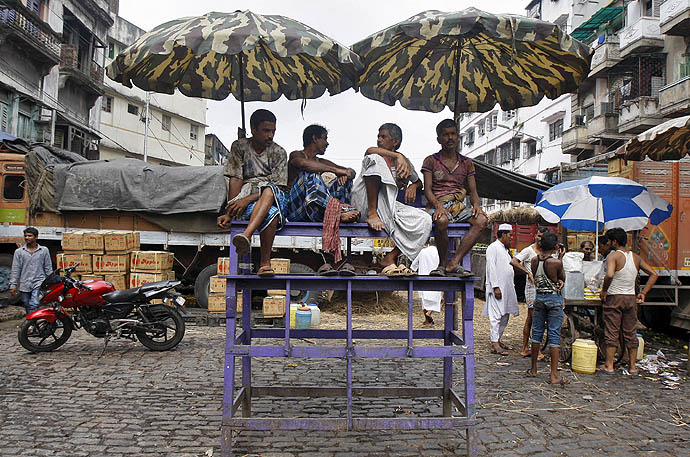 Bengalis are increasingly feeling irrelevant in their own state. (Photo: Reuters)

This is a slippery slope. One of the two main things that strategist Prashant Kishor is believed to have told West Bengal chief minister Mamata Banerjee is to deftly exploit the feeling of otherness that Bengalis are harbouring in their own state. The second is for Mamata Banerjee to talk less.

On the first, there is already a movement on social media and on the streets called Bangla Pokkho led by self-styled Bengali nationalist Garga Chatterjee against the “gutkhakhor, Jai Shri Ram-chanting, illiterate non-Bengali who has come to destroy Bengali culture”. It is a movement that purports to protect the Bengali identity.

As many as 1,029 kms away from Kolkata, there is a similar sentiment growing, owing to very different reasons. The final list of Assam's National Register of Citizens (NRC) has left out over 19 lakh people, marking them as “outsiders”.

Activists and the opposition parties are calling it a humanitarian crisis. But the BJP is rather upset as well.

The party had promised to identify about 40 lakh outsiders and deport them. In the final NRC list, the number of people left out stands at less than half of what the party promised. And then there is the other reason. Othering the Bengali, irrespective of his religion.

In an interview to Hindustan Times, Assam minister Himanta Biswa Sarma, said: “Now what has gone wrong is first, during the NRC exercise, somehow, the NRC coordinator and his team did not accept the refugee certificates and citizenship cards issued to Bangladeshi Hindu refugees who migrated to India prior to 1971. I am not saying anything about post-1971.”

What Biswa Sarma did not say is the NRC has resulted in excluding a large section of Bengali Hindus and that does not augur well for the BJP. 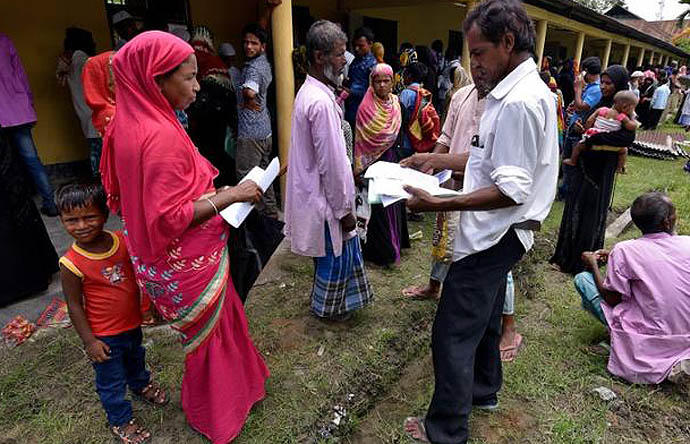 With a large section of  Bengali Hindus being excluded from the NRC, problems for the BJP could mount. (Photo: Reuters)

So has a move that has been taken supposedly against the “illegal immigrant” who has crossed borders, settled down here and stretched the already stretched village economies ended up in giving vent to something far more sinister? The Assamese xenophobia against the Bengali, religion and place of origin notwithstanding, that birthed the Bongal Kheda (oust the Bengalis) movement — a militant campaign of ethnic cleansing of Bengali Hindus in undivided Assam that originated in Brahmaputra Valley in the late 1940s and continued till the 1960s.

And exists till today.

On September 3, Firstpost did a piece on Hiren Gohain's bitter criticism of Miya poetry. “Gohain, who is generally regarded as one of modern Assam’s leading Leftist intellectuals, presented a critique of the ‘discourse of Miya poetry’. He asks, in a rather interrogative tone, as to why the new generation of Miya poets use their own ‘artificial’ dialect, rather than Assamese, to write their poems. If they wrote in Assamese, Gohain says, their poems would appeal more to the Assamese-speaking majority,” it read.

The “artificial dialect” that Gohain has a problem with is the Bengali dialect. Now imagine if a Leftist intellectual, who is vocally anti-Modi and anti-BJP, has a problem with Bengali language being used in protest poetry, how deep the anti-Bengali xenophobia is in Assam. Though few would talk about it in the open.

Prashant Kishor’s reported second advice to Mamata Banerjee is bearing fruit. The chief minister is talking less and talking sensibly. If the first advice is paid heed to, the BJP would have a problem in Bengal, a state that it has almost won. Almost.

Also read: Didi Ke Bolo vs Dada Ke Bolo: Who is winning the battle for Bengal?