NYAY: Why the math doesn’t add up

Congress leaders, including loquacious P Chidamabarm, have been careful to be as vague about the details of NYAY as possible in the party’s manifesto.

And the third, fiscal. 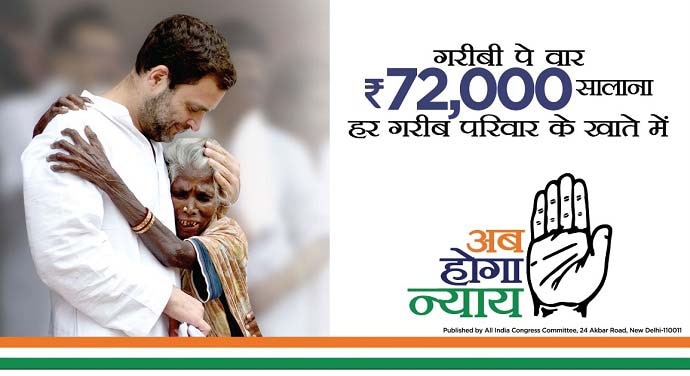 But how? No one has the answer. (Photo: Twitter)

Enter a complication. According to the international statistics site Statista.com, the percentile break-up of average monthly Indian household income (2015) is as follows:

Under NYAY, households with a monthly income currently below Rs 6,000 will boost their average monthly income to Rs 12,000 — higher than the next two slabs which collectively comprise 45.5% of Indian households (b+c). They would continue to have monthly household incomes below Rs 10,000.

There would be an immediate clamour to extend NYAY to these two slabs. Taken together, households currently earning less than Rs 10,000 per month (a+b+c) comprise 67.6% of all Indian households. 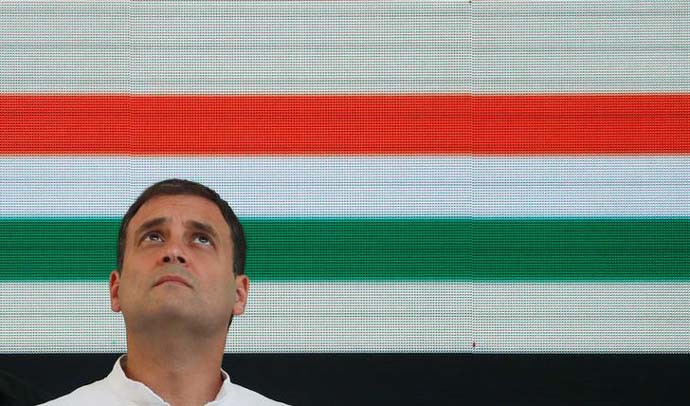 Lost in the day dream is the need for real structural reforms on land acquisition, labour laws and privatisation. (Photo: Reuters)

As the economist, Ila Patnaik, wrote recently: “There is a fundamental problem in the proposition that only the bottom 20 per cent poorest households can be targeted. The average income of the next 30 per cent of households, those above the 20 per cent poor households being targeted and comprising up to half the households in India, is Rs 1.25 lakh. After the income transfer to the poorest 20 per cent, those with income levels up to Rs 1.25 lakh (30 per cent of Indians on the edge of poverty but theoretically above it) will be poorer than those receiving income transfers. These (30 per cent) households will be better off by not earning the Rs 1.25 lakh per year that they are currently earning, and dropping below the poverty line to avail of the income transfer. That way, they will be able to get incomes of Rs 1.44 lakh per year.”

Former NITI Aayog vice-chairman Arvind Panagariya reiterated this point in an article in The Economic Times: “Calculations show that in 2018-19, a solid 40 per cent of rural and 10 per cent urban families had expenditures below Rs. 12,000 a month. Evidently, targeting 20 per cent families is inconsistent with (NYAY’s) goal of ensuring a minimum income of Rs. 12,000 for all. The net will have to be widened quite considerably.”

The second problem with NYAY is the identification of beneficiaries. Those families whose household income is more than Rs 1.44 lakh a year will claim a lower income to become eligible for the Rs 72,000 a year handout. Patnaik writes in the same piece: “In fact, households do not need to even earn less. They simply do not have to report how much they are earning. After all, how will income be measured? Given informal, agricultural income and daily wage employment among the poor, it is not as if their income is credited to their bank accounts. Income earned from growing crops and livestock is particularly difficult to measure.”

Anantha Nageswaran, dean of IFMR Graduate School of Business (KREA University), raises another key point: “What if the beneficiaries climb out of poverty but continue to claim the benefits, as many higher income folks do today? Should there not be a sunset (finite duration) clause for benefits?” Nageswaran goes on to quote John D Rockefeller: “The only thing which is of lasting benefit to a man is that which he does for himself. Money which comes to him without effort on his part is seldom a benefit and often a curse.”

With its Nyuntam Aay Yojana or NYAY scheme, Nageswaran says, “The Congress party is delivering a curse to millions of Indian families.”

Congress leaders have been careful to be as vague about the details of NYAY as possible in the party’s manifesto. Even the usually loquacious former finance minister P Chidambaram says NYAY will be a “pilot project” and “rolled out only in phases.” There is no fine print — The manifesto is as vague as possible on NYAY. (Photo: Reuters)

Pilot projects usually end up being pilot projects — the need to raise an additional Rs 3.60 lakh crore a year for NYAY (thereby increasing the fiscal deficit from 3.4% to an unsustainable 5.2% of GDP) may never arise for two reasons. First, the Congress will likely not have enough Lok Sabha seats to lead a new government in May 2019. Second, even if it does, NYAY will be quietly dropped by referring its implementation to a committee. Committees are favoured burial grounds for pre-election schemes that fail the fiscal test. Public memory is short.

Lost in all this is the need for real structural reforms on land acquisition, labour laws and privatisation.

The Modi government has been particularly disappointing over privatisation — it has rolled out impressive schemes around health insurance, digitising the delivery of subsidies and financial inclusion among others. But it has done nothing to privatise loss-making public sector white elephants like MTNL and Air India.

Whichever alliance forms the government after the 2019 Lok Sabha election must take up structural economic and governance reforms on an urgent basis. The Modi government inherited a high inflation economy with decelerating GDP growth. It has controlled inflation — but with the Reserve Bank of India (RBI) keeping interest rates too high during Raghuram Rajan’s and Urjit Patel’s governorships, industrial growth has been squeezed, leading to a quasi-deflationary economy. Private investment has collapsed, causing a moderation in the GDP growth rate. The Modi government has been progressive in certain areas — but statist in others.

The fear now is not that a khichdi government comprising a menagerie of leaders like Rahul Gandhi, Mamata Banerjee and Mayawati will set future economic policy, but that another five years of the Modi government will not carry out the structural economic and governance India badly needs.

Also Read: Why the 2019 elections are too close to call

#Narendra Modi, #Rahul Gandhi, #Lok Sabha elections 2019, #Nyay
The views and opinions expressed in this article are those of the authors and do not necessarily reflect the official policy or position of DailyO.in or the India Today Group. The writers are solely responsible for any claims arising out of the contents of this article.