Modicare Vs Bijucare: No one cares how a poor father in Odisha carried his son's body in a cart to bury it

The family had exhausted all its resources to meet the boy's treatment expenses.

In the real world, as lived and experienced by real human beings, human rights and dignity are too unreal a demand. Because these demands can never be met, are not allowed to be met by those who themselves have shaped the creative conversations around dignity.

Last weekend, 'adventure sport' enthusiasts on social media swooned and crooned and drilled their heads into Odisha's Chilika Lake, 'time-travelled' to Konark temple, swearing by the 'beauty' of its architecture — the ecosystem built on entitlements by the entitled few and their freedom of speech and dignity.

As the temperature around the lagoon swelled and subsided, not too far away, around the same time, in an impoverished Keonjhar district in the same state, a tribal man was forced to carry his young son’s body on a cart to perform his last rites. The young boy's body mounted on the cart passed by unnoticed in the now-real world of social media that we live in and fight our battles in for human rights. This is not to say that social media and its warriors are responsible for the death, or the denial of dignity in death, to the boy and his family. But somehow, 'everyday' stories of hapless fathers and husbands and wives dragging the burden of poverty and bodies of dead relatives on cycles and hand-pulled carts don't make for screaming debates on TV and social media.

Isn't it strange that those who have created the concept of an equal world, vociferously propped-up wars for freedom of speech, have also created this unequal war?

In this war for equal opportunity, not everyone deserves to be heard, seen and respected — dead or living is purely coincidental. The 'creepy crawlies' whom we need to clean the earth of the dirt that we spread, and yet want them to mingle in the same dirt, as invisibly.

It was the reported denial of a government-run hearse — Mahaprayan — that forced the poor man to cart his son to indignity.

The boy, Kalia Naik, was a rag-picker. According to newspapers that cared to report it, the boy died of hepatitis, but his family knows it was their incurable poverty that killed him. Kalia's fate of ignominy was decided the day he was born into a family, which we so 'thoughtfully' have termed as underprivileged. The cancer of poverty spreads fast and, as expected, it did claim Kalia without wasting much time.

The boy was undergoing treatment at the district headquarters hospital. Doctors had referred his case to the SCB Medical College and Hospital in Cuttack as he was not responding to the treatment. But there was no ambulance which could be provided to shift the patient to the other hospital. So, Kalia’s father, Prafulla Naik, took him home where he died.

According to rights activist Suresh Chandra Sahu, who was quoted by The Telegraph, the family had exhausted all their resources to meet Kalia's treatment expenses.

"Despite repeated pleas, they were not given a Mahaprayan vehicle. Waiting in vain for four hours, the man had to hire a cart by paying Rs 200 to carry his son’s body."

But that was not all.

Since the family had no money to buy fuel wood to cremate body, they buried the body at the community crematorium.

"However, he definitely was entitled to Rs 2,000 under the Harischandra scheme of the government for decent last rites of the dead," Sahu said. Rights activists like Sahu perhaps know nobody is listening, no matter how much people like him or Kalia's parents scream. Our governments, both Centre and states, are deaf and don't feel the responsibility to respond.

"The government has not spoken a word on sewer deaths" #StopKillingUs pic.twitter.com/EP2VF3jalk

In his 'defence', Naveen Patnaik said the Odisha government has not joined the central scheme because it has introduced a better programme, Biju Swasthya Kalyan Yojana, in the state.

In the Centre's 'defence', Prime Minister Modi urged "Naveen babu" not to deprive the poor of the life-saving benefits, but not without unleashing a new blame-game for 'bad governance' and lagging on Swachh Bharat campaign parameters.

The PM alleged that a "PC (percentage commission) culture and delaying decisions have become the identity of the Odisha government", resulting in the state's slow growth. 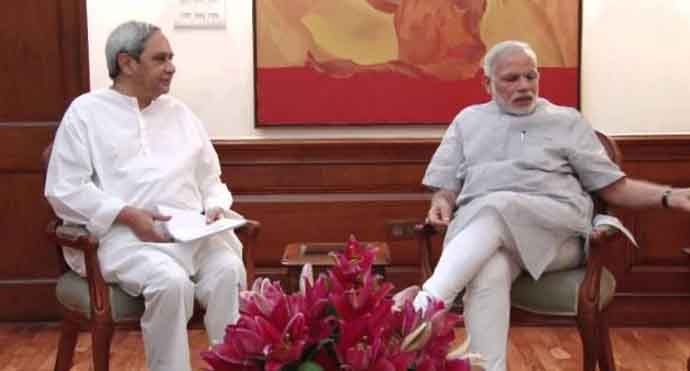 When election is the actual scheme. (Credit: PTI file)

Those who follow Odisha politics know the tug-of-war between the BJP and the BJD, with the media amplifying Modicare Vs Bijucare (both unofficial names of the health schemes). The pitch, as expected, has become shriller ahead of the Assembly and Parliamentary elections next year.

Meanwhile, those who must be wondering why social media should be dragged in every time governments fail to do what they are supposed to do — govern — here are the answers.

Firstly, all governments — states and Centre — in 'New India' run from social media. Unless tagged on specific timelines, the cries of the common man don't reach the digitised ears of governments.

Secondly, social media warriors perhaps don't realise the power of their voice — the real change they can help bring.

Last week incidentally also witnessed a rare moment of glory. The death of a sanitation worker, Anil, who died serving the nation while on duty, would have gone unnoticed if not for a tweet  by a journalist. The family didn’t even have money to cremate Anil's body. But following the tweet, more than 900 people came to the family's rescue. An NGO set up a bank account for donations through an online crowd-funding platform. The social media initiative successfully raised over a million rupees for the family of the Delhi worker.

The boy walked up to his father's body at a crematorium, moved the sheet from the face, held the cheeks with both hands, just said 'papa' & began sobbing.The man was yet another poor labourer who died in a Delhi sewer on Friday. Family did not have money even for cremating him. pic.twitter.com/4nOWD9Aial

If instances like this restore our faith in humanity, it also says a lot about the power of social media and why we shouldn't waste time and opportunity inundating this platform with hatred.

Kalia's father feels that the fact that he could not do the last rites for his son will always remain a scar in his life.

"I have lost my son. I am shattered."

Also read: Why no one came to know Mumbai woman's body was rotting inside her flat till son returned from US

Post your comment
#Modi government, #Naveen Patnaik, #Ayushman bharat scheme, #Modicare vs bijucare
The views and opinions expressed in this article are those of the authors and do not necessarily reflect the official policy or position of DailyO.in or the India Today Group. The writers are solely responsible for any claims arising out of the contents of this article.