Meet The Neighbour: Pakistan is behind Al Qaeda chief's message to inflict 'unrelenting blows' on India

Jihadist groups, and their patron, Pakistan, are prepping for the withdrawal of US forces from Afghanistan. Their aim is to unleash terror in India. It is a time for us to be on utmost guard.

The latest message of Al Qaeda chief Ayman Al-Zawahiri has called for "single-mindedly focusing on inflicting unrelenting blows on the Indian Army and government so as to bleed the Indian economy and make India suffer sustained losses in manpower and equipment".

The message goes on to excoriate Pakistan's perfidy and treachery in Kashmir.

On the face of it, Zawahiri's message seems to convey that Kashmir is now firmly in the cross-hairs of international jihadist organisations — but if only things were that simple in the murky world of jihadist terrorism. 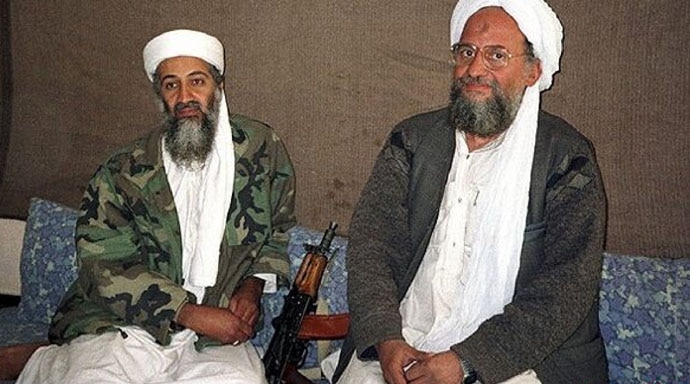 Given the sort of deep linkages that exist between the Al Qaeda, the various hues of Taliban (Afghan, Pakistani and Haqqani Network), the Pakistani jihadist terror groups like Lashkar-e-Taiba (LeT) and Jaish-e-Mohammad (JeM), and the Pakistani 'deep state' and the infamous Inter-Services Intelligence (ISI), the Zawahiri message is a clear-cut indication that the jihadists and their patron — Pakistan — are prepping for the post-US withdrawal from Afghanistan phase, in which a new wave of violence will be unleashed in south Asia — especially in Afghanistan and India.

Delve a little deeper into what Zawahiri said and two things emerge clearly: one, the objective of bleeding the Indian economy and inflicting blows on the Indian army is actually that of the Pakistani state and society and on this, there is a complete convergence of interest between the Pakistani state and Al Qaeda; two, reeling under pressure from various fronts, the Pakistanis would be quite happy with the alibi given to them by Zawahiri. While Al Qaeda cultivates notoriety, Pakistan would like to avoid it because of the costs it entails.

Pakistan would rather collaborate with Al Qaeda and let it take the lead and the heat — even as it profits from the actions of Al Qaeda, which it facilitates. Zawahiri railing into Pakistan works well for the Pakistanis who can use this as an alibi — just as they used planted stories of Taliban harbouring Pakistani terrorists to ward off US pressure to capture Osama bin Laden by claiming that they had no control over the Taliban. This is a claim they have again started using every time the Americans press them to 'do more' to make the Taliban amenable to a negotiated political solution.

This is no conspiracy theory. In fact, the linkages between Pakistan and Al Qaeda have been well documented. By coincidence, a recent book, Islamism and Intelligence in South Asia by an Indian scholar, Dr Prem Mahadevan, has meticulously ferreted out and collated material that exposes how firmly the Al Qaeda and other terror groups are embedded in the Pakistani power and political structure.

Almost as if anticipating the ISI-Al Qaeda game plan, Mahadevan writes that because of increased international scrutiny, a quasi-state terror group like LeT has partnered with Al Qaeda to attack India. 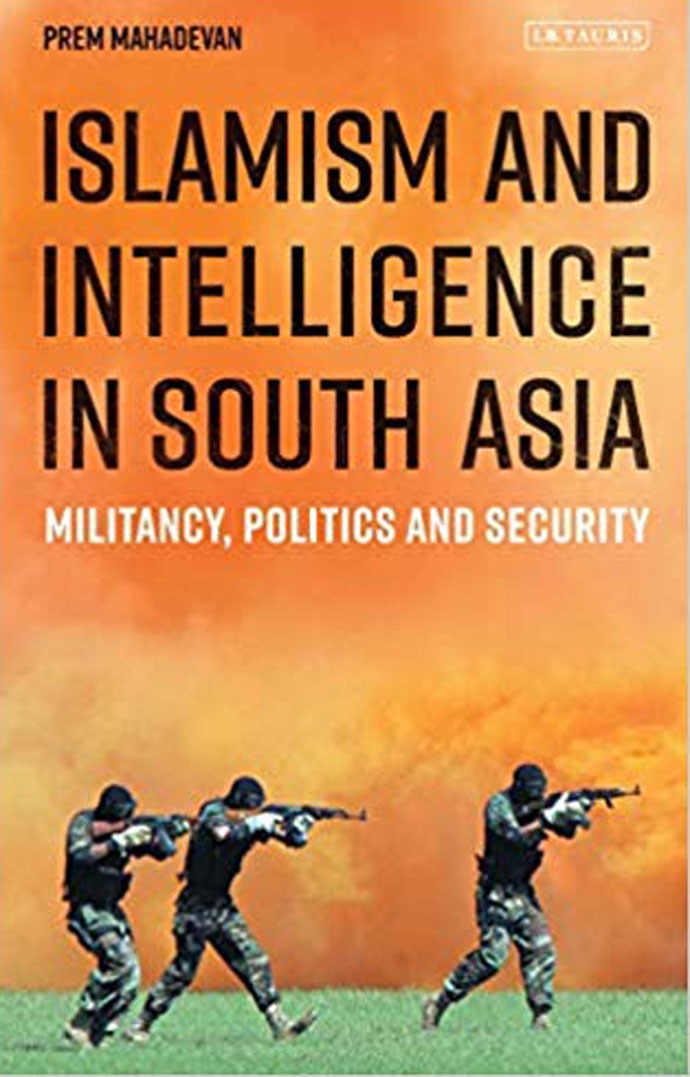 According to Mahadevan, "The logic seems to be that if a stateless Arab group is perceived to attack civilian targets in India, international opinion would not call out the Pakistani security establishment for failing to restrain LeT." And the starkest manifestation of this partnership is the group Ansar Ghazwat-ul-Hind — the Al Qaeda franchise in Jammu and Kashmir.

Although Mahadevan's book is a tour-de-force of the menagerie of jihadists that have been nurtured, and when the situation demanded, neutered, by the Pakistani intelligence agencies, its value increases at a time Pakistanis are once again indulging in their double-speak and double games — putting up a show of sweet reasonableness by seeking talks with India on the one hand, and on the other, doubling down on their support for terrorist groups that seek to damage and bleed India. Even though much of what Mahadevan writes has been either known or suspected, he provides the empirical evidence of Pakistan's shenanigans with both regional and international terror groups. And he does this with great panache — using primarily Pakistani sources to expose Pakistan.

Anyone who watches the Zawahiri message after reading Mahadevan's book will be extremely sceptical about Zawahiri's contempt for Pakistan.

Notwithstanding the fact that there are serious differences between Al Qaeda and ISI, just as there are issues between the ISI and Afghan Taliban, between ISI and JeM and LeT, the ISI and these groups have been known to cooperate with and use each other when it suits them. One reason for this is that the mindset in Pakistan is "strikingly similar to that held by Arab ideologues of wider regional jihads".

No surprise then that one Pakistani branch of the Al Qaeda was a joint project of the mother organisation of jihadism — Jamaat Islami — and the Pakistan Army, which has been described as "an ideology-driven machine specialising in covert warfare conducted largely through non-military cadres of 'like-minded groups'". This was happening even as Pakistan was pretending to be on the frontline of the War on Terror, merrily leading the Americans up the garden path.

Mahadevan gives details of how the terror networks were established, how funding for these networks was organised, how terrorist cadres were imparted training and how the marketing of jihad was done, all with the connivance and complicity of the Pakistan army and ISI.

Not only did the ISI work closely with Osama, it also pressed the Taliban to give him refuge when he had to leave Sudan in the mid-1990s. Pakistan's most favoured: The ISI even pressed the Taliban to give refuge to Osama bin Laden in the mid-1990s. (Photo: Reuters)

It was not just Osama but also other Arab terrorists whom the ISI protected. Mahadevan gives the example of the main accused in the Egyptian Embassy bombing in Islamabad. The ISI arranged for his escape to Afghanistan after the Egyptians got a fix on his location and in what has become a pattern since then (one that India is very familiar with — the Pakistanis asking for evidence and claiming that they cannot locate a wanted man) even as they signed a counter-terrorism agreement with the Egyptians, the ISI allowed several wanted Egyptian terrorists to escape.

The same tack was followed in the case of one of the top Al Qaeda commanders Abu Zubaydah, who worked as a subcontractor for ISI — and was tasked with vetting Kashmiri terrorists for sending them to training camps in Afghanistan. All along, the ISI denied any knowledge of his whereabouts when his extradition was demanded, until they were left with no choice but to apprehend him and hand him over to the Americans. In fact, Mahadevan questions Pakistani claims that they have captured and handed over the maximum Al Qaeda operatives. Most of the Al Qaeda operatives were located by the Americans — Pakistanis had no choice but to capture them.

On their own, they actually facilitated the escape of many Al Qaeda operatives out of Pakistan to Yemen and Saudi Arabia and helped most of the rest disappear inside Pakistan. 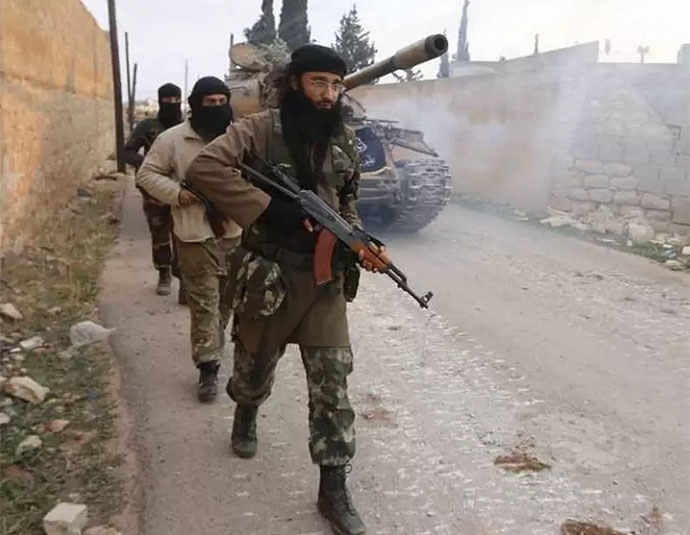 Given the sordid history of the linkages between the Pakistani state and the Al Qaeda and other Islamist terror groups, much of which has been documented by Mahadevan, it would require a leap of faith for anyone, at least in India, to imagine that the Al Qaeda and ISI have severed their symbiotic relationship. The threat of Zawahiri is real; his rant against Pakistan is a subterfuge. Although the Al Qaeda has found it difficult to set itself up in Kashmir or any other part of India, it has to be admitted that there is both a sentiment and an ideological groundswell (the rising attraction of the Wahabi Ahle Hadith sect) that can be exploited in the months and years ahead.

But Al Qaeda will need Pakistani assistance to set itself up — already there are some reports that the Pakistanis have been offering to supply weapons to Al Qaeda affiliate Ansar Ghawat-ul-Hind. This means that even though the bullet may be that of Al Qaeda, the finger pulling the trigger will be that of Pakistan.

This is important because there are straws in the wind that the Modi government or elements in the government are inclined to start a dialogue with both Pakistan and Kashmiri separatists. Any such move will be disastrous — it will only invite the storm of terror that the Pakistanis are in any case preparing to unleash on India, using Al Qaeda and other terror groups.

India's interests would be better served by punishing, not petitioning, Pakistan — even if the claim for a terror attack is made by the Al Qaeda or any other despicable jihadist group.

Also read: What's really biting Kashmir: Separatists have softened their stand with Modi 2.0. But the problem is deeper