Will Bilawal ever become a full-fledged, standalone politician?

...And not the son in-waiting overwhelmed by the political legacy of the family?

I remember it in slivers. The black and white screen of television filling up with his face, speaking to a rapt crowd of thousands, his hands raised, sleeves of his kameez rolled up, eyes matching the passionate words, was one of the earliest memories of my fascination with politics. He was my mother’s hero, she believed every word he said like millions other did across Punjab, in every corner of Pakistan.

Without realising why his speeches mattered to the elementary school me, it was my first unconscious glimpse into the power of oration that is from the heart. When you speak dil se what people wish to hear dil se, each word dipped in sincerity of intention, was the power of Zulfiqar Ali Bhutto, arguably, the most popular and the most loved leader in the history of Pakistan, to date.

Bhutto, prime minister in 1977, overthrown in a midnight coup by General Zia-ul-Haq the same year, and hanged, after a travesty of a trial, and what was later termed as a judicial assassination, in the darkness of April 5, 1979, became the symbol of many things. The Greek tragedy of Bhutto’s family — the assassination of his two sons, Murtaza and Shah Nawaz, and one daughter, two-time prime minister of Pakistan, Benazir — is the saga of the sublime, the shadowy, the glorious and the strangest of politics in Pakistan. 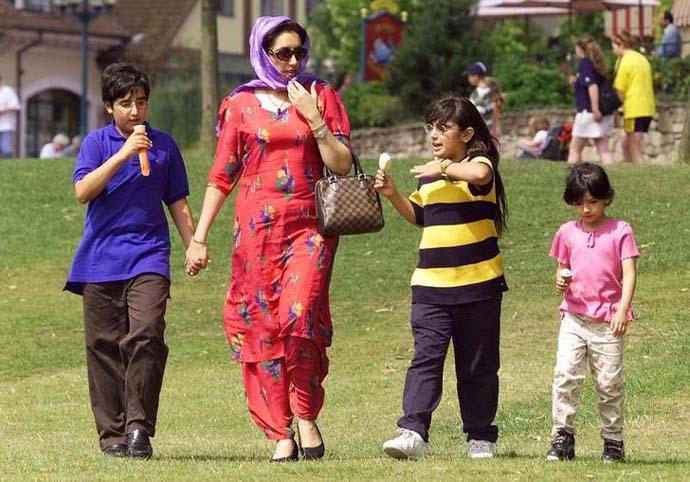 Bilawal has a great facial resemblance to both Benazir Bhutto and Zulfikar Ali Bhutto. (Photo: Reuters)

Lurking around the main storyline are hieroglyphs that in twisty darkness managed to camouflage all that was good and decent. And in 2019, Bhutto’s Pakistan People’s Party (PPP) has become a moth-eaten book that is a shadow of the legacy of the man who was idolised more than any other politician, and whose daughter on her return to Pakistan in April 1986 received a hero’s welcome epics are written about.

Today, Bhutto’s PPP is headed by Benazir’s widower, Asif Ali Zardari, and her son, Bilawal Bhutto-Zardari. Another character who is said to have the real power is Faryal Talpur, Zardari’s sister. At the moment, the brother-sister duo is in custody on various charges of corruption, an allegation not new to Zardari who during Benazir’s first tenure earned the ignominious, and some say, the apt sobriquet of ‘Mr Ten Percent’.

From 1988 to 2019, Zardari has been known for many things — his weakness for a good life, surviving years-long imprisonment on charges of corruption, extortion, kidnapping, and yes, even murder, of Benazir’s brother, Murtaza; becoming president of Pakistan after the assassination of his wife, Benazir; shrugging and smirking off all accusations of corruption all along, and getting arrested by National Accountability Bureau in 2019. His sister, not his children, is alleged to be his ‘partner in crime’, no pun intended. 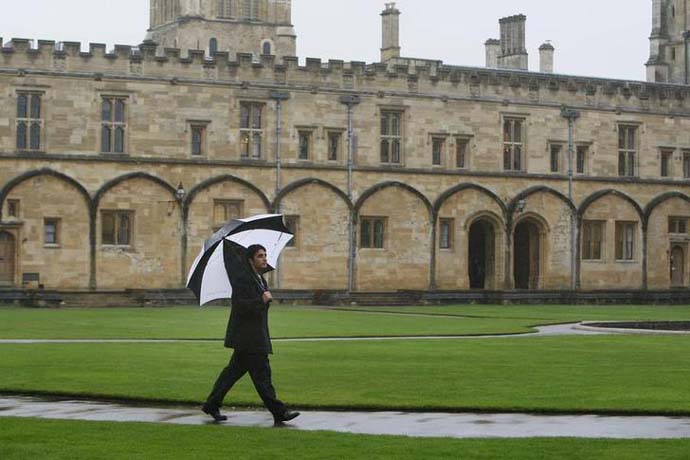 Bilawal is much more than his broken Urdu, his Oxford-perfect English oration. (Photo: Reuters)

Talpur, 61, bespectacled, mostly attired in flower-patterned shalwar-kameez, has the demeanour of a sweet matriarch, and not Griselda Blanco Restrepo. And as they say, allegations are just what they are: allegations. And all brothers and sisters, irrespective of their family credentials and political curriculum vitae, are innocent until proven guilty.

And then there is Bilawal. With my immense sentimental fondness for Bhuttos that despite diminishment over the time still exists like happy, hopeful and idealistic memories of childhood and teens, it is difficult for me to view Bilawal as anything other than Zulfiqar Ali Bhutto’s grandson and Benazir Bhutto’s son. He even has a great facial resemblance to both of them. His Urdu, a constant source of amusement and criticism, mostly good-natured, is improving with time. Amidst the bleakness of the Kashmir lockdown and threats of a nuclear war between Pakistan and India, there are countless memes about Bilawal’s articulation of Urdu words and his ungrammatical Urdu grammar.

Bilawal is much more than his broken Urdu, his Oxford-perfect English oration and his various brave stances on issues that not many speak about. What Bilawal, Benazir’s son, also is: he is Asif Zardari’s son. What was it about ‘sins of the father visiting upon the children’? It is not easy to understand the tremendous burden of Bhutto’s political legacy on Bilawal. What Bilawal also has to bear is the millstone of the second part of his hyphenated family name: Zardari. It is not easy to be Bilawal, and no one knows it better than Bilawal.

It takes me back to May 2012. I was working as the op-ed editor of Daily Times, and Bhutto was still my political idol. PPP was in power amidst usual allegations, mostly true, of misgovernance, shoddy policies and massive corruption. Asif Ali Zardari was the president of Pakistan, and Yousaf Raza Gillani was his figurehead of a prime minister.

Amidst the noise of the disarray the PPP government was the sensible and dignified, then 24-year-old Bilawal, who despite being a non-participant in his father’s politics was a constant target of gratuitous criticism. With a great name comes a great responsibility, and Bilawal, already burdened by the tragedy of the Bhutto side of his family, was to learn that the hard way.

Me, I thought it was all very unfair — the constant Bilawal attacks. I remember the story despite my Dory-ness of forgetting things because I’ve repeated it many times. I made a twitter account on May 25, and I had zero followers. On May 31, I wrote an article titled ‘The Son’, looking into the phenomenon of being Bilawal and being chastised for things he had no part in. My main point was that no person should be judged simply for having a particular family name; that only his actions as a politician or when he is in a position of power to influence governmental work should be the reason to hold him accountable. I did not praise or demonise anyone, all I did was highlight what was invisible to many. That article earned me my first Twitter follower: Bakhtawar Bhutto-Zardari.

She unfollowed me at some point for reasons unrelated to my point here. Bilawal is 31. But he is his father's son in the political theatre of the country. (Photo: Reuters)

Today, Bilawal is many things but most importantly, and with much gusto, is just one thing: Asif Zardari’s son. Almost 31, a member of the National Assembly, Bilawal heads the PPP, one of the most important national parties of Pakistan, and now relegated to being a regional entity limited to Sindh, and a footnote in most parts of Pakistan due to 2013 and 2019 electoral routing. Once lauded as the liberal and charismatic young politician of Pakistan, Bilawal, despite the unsavoury tag of ‘a dynastic politician’ had the promise to achieve much in a Pakistan that is always in an urgent need of politicians who have the political power to unite the country beyond agendas of self, family and party.

Today, Bilawal, still doing politics in the Bhutto name, is not a whole lot more than a powerful orator who roars when anyone from his family or that of the Sharif family are arrested, and the son of a politician who is in custody on allegation of massive financial corruption.

Unlike his grandfather, who became the face of democracy in Pakistan after being incarcerated and hanged by a military dictator, the stark fact is that whether proven or not, there are hardly any takers for Bilawal’s Zardari-is-a-victim-of-a-political-witch-hunt. Only a court can prove Zardari’s innocence or guilt, but the general consensus in Pakistan is overwhelmingly against Zardari. Most people believe Zardari is corrupt, and that is Bilawal’s one battle now: to prove them all wrong.

The big fight for justice for his father, aunt and other jailed leaders of Pakistan has been shrunk into one face: Prime Minister Imran Khan. Importance of facts be damned, Bilawal has labelled a legal process a political witch-hunt. Khan is the Loki to Bilawal’s Thor. Just one problem here: not one case against Zardari et all was filed by Khan or his party or government. It was Nawaz Sharif’s government that filed all the cases. Now Sharif and his daughter, Maryam, and other leaders of Sharif’s PML-N are Bilawal’s allies in the battle of invulnerable dynasties versus a new Pakistan where everyone will be held accountable.

Benazir’s fight, in a uniformed autocracy, was against a dictator who ousted and killed her father, the democratically elected prime minister, loved by millions. Bilawal’s fight, in a democracy, is to save his father who is accused of corruption of billions of rupees.

Dear Bilawal, love and loyalty to family are sublime, and so is fighting for justice. What is not sublime is calling a due process of law demonisation of one family, political victimisation of one party. Glibness is not a substitute for legal defence. Outrage at being held accountable in a Pakistan where the powerful literally gets away with everything is not unusual. It is just that there is merely a handful of opportunistic takers for that narrative now. A political party is not one family. The country is beyond self, family and party. Familial and political agendas of preservation must not be more important than national interests, and doing the right thing. Construction of a victimisation narrative for retaining political relevance is just sad. Facing a legal trial with all its due processes is a democratic phenomenon that all those in public office must be prepared to face if accused of culpable actions. There is no glory in equating accountability of financial corruption to the midnight coup of a dictator that made a mockery of all values of a nascent democratic order.

I wonder if Bilawal Bhutto-Zardari would ever work to become the national politician he has the potential to be, and be more than just ‘The Son’.

I’m not holding my breath.