There have been crucial instances of India trusting Pakistan enough to engage in visits and talks. These have invariably been followed up with terror attacks on India

'Talk peace, act war' appears to be the guiding principle of the civilian and military establishment in Pakistan.

India and Pakistan enjoy a topsy-turvy relationship, proof of which are the numerous wars and border skirmishes the two nations have frequently experienced since they attained independence from the British in August 1947.

While Pakistan constantly peddles a narrative which frames India as the bad guy in all its run-ins with its neighbour, the truth, however, is very different.

While war is always an understandable reality between two rival nations, the fact that many of India's wars with its neighbour took place after it held fruitful peace talks with Pakistan exposes the true intention across the border.

But it's not just wars. Our neighbour has also betrayed our trust by following peace talks with proxy attacks. These bring us to the only possible conclusion that Pakistan has over the years continued to use the promise of peace as a decoy for inflicting pain and suffering on India.

Here are four instances in the recent past when Pakistan back-stabbed India by responding to peace with violence. In February 1999, when Indian Prime Minister Atal Bihari Vajpayee embarked on a bus ride into the Pakistani city of Lahore to meet his counterpart, Nawaz Sharif, popular opinion was that India and Pakistan had turned a page on their troubled relationship and now, things would finally start to look up for the two nations.

Apart from signing a major peace accord, the trip also gave to the world countless memorable moments of love and hope as Vajpayee and Pakistani PM Nawaz Sharif appeared to be hugging out the long-standing differences between the two nations.

But even before the images could be taken down from television channels and newspapers, in May 1999, the Pakistani Army reportedly sent troops into the higher reaches of Kargil and started capturing post after post of Indian territory.

What followed was the most recent war in Indo-Pak history. A ray of hope: When PM Vajpayee batted for peace with Pakistan. (Photo: PTI)

Next up was the bilateral summit between PM Vajpayee and General Parvez Musharraf, for which the latter had flown down to Agra in May 2001.

The Agra summit was scheduled to be the venue of the signing of one of the most crucial peace treaties between India and Pakistan. However, due to many factors, no agreement was eventually signed and the summit to date is regarded by many Indian security experts as one of the greatest missed opportunities of the India-Pakistan relationship.

But it would have been okay if things had just stopped there.

Later that year, we saw two major proxy attacks from the Pakistani state that soured the Indo-Pak relationship.

In October 2001, insurgents attacked the legislature building in Kashmir, killing 38 people. However, an even bigger blow was dealt when gunmen attacked India's Parliament in December that year and killed 14 people.

India blamed Lashkar-e-Taiba (LeT) and Jaish-e-Muhammed (JeM) for the attacks — two organisations that to date find patronage in Pakistan. 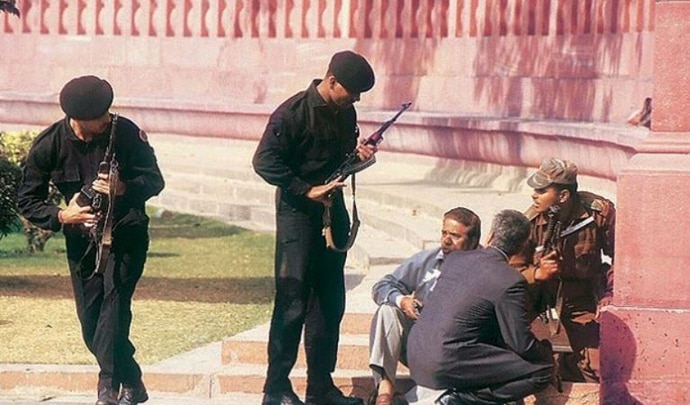 Proxy attacks from the Pakistani state have soured Indo-Pak relations in the past. (Photo: India Today)

The November 26, 2008 attacks in Mumbai were one of the deadliest instances of terror faced by any country across the globe.

On that fateful day, 10 Pakistani terrorists from the Lashkar-e-Taiba attacked separate locations in Mumbai — killing 164 people.

However, a lesser known fact is that before the attack, India and Pakistan were once again moving closer to peace.

In fact, the relationship was in such a good place that India had opened a trade route across to the Pakistani side of Kashmir for the first time in six decades, only a month before the Mumbai attack. Between 2014 and the end of 2016, PM Narendra Modi-led NDA government took a number of extraordinary steps to improve relations between India and Pakistan.

First was PM Modi's invite to his Pakistani counterpart Nawaz Sharif to come to New Delhi for his swearing-in ceremony. The optics were great and once again, there was an anticipation of peace in the air. But Modi did not stop just there.

In an unprecedented move in December 2015, PM Modi made a surprise visit to the Pakistani city of Lahore on Sharif's birthday and the wedding of his granddaughter. PM Modi reached out to Pakistan. But we received Pathankot in return. (Photo: Reuters)

The move was lapped up by audiences from both sides of the border who had once again started dreaming of peace.

But, cut to January 2016, and all such hope was lost when six gunmen attacked an Indian air force base in the northern town of Pathankot, killing seven soldiers in a battle that lasted nearly four days.

Later in the year, India was betrayed again when four heavily armed Pakistani terrorists attacked an Army base in Uri, killing several jawans.