The sudden spike in terror attacks in Jammu and Kashmir, even before spring has arrived, is an advance intimation of how things are likely to unfold in the weeks, months and years ahead. The portents have been there for some time. In late 2016, the post-demonetisation euphoria of having sucked out the financial oxygen fuelling the disturbances that followed the killing of terrorist Burhan Wani was misplaced.

At that time, a young Kashmiri political activist warned that the worst was yet to come. He was of the view that 2017 would be relatively quiet because the separatist-terrorist combine in Kashmir, along with their Pakistani patrons, were preparing the ground for a massive upsurge in violence in 2018. While he appears to have proved prescient, the deterioration in the security situation in Kashmir is in many ways merely a matter of detail.

The trend line of things going south has been clear from around 2012-13. But as is the want of the political spin doctors, every big attack has been described as an act of desperation. The reality is quite different. If anything, every single terror attack in the last few years is nothing if not an act daring India and declaring that the jihad factory operating in Pakistan was back in business. Although the security forces notched significant successes in eliminating a record number of terrorists in 2017, the fact of the matter is that their operations alone were never going to be enough to prevent the resurgence of militancy and terrorism in Kashmir.

This is so because by eliminating the terrorists, the security forces are only mowing the grass; they aren’t addressing the ecosystem that exists in Kashmir and which allows the grass to grow back every time it is mowed. For the foreseeable future, therefore, the best that the security forces can manage is a holding operation. That they are able to do even this much is creditable, more so in the face of a political class that incentivises separatism by not only withdrawing cases against murderous mobs, but also doling out compensation packages and providing government jobs to people involved in targeting the men in uniform.

As long as the politics of running with the hare and hunting with the hound continues to dog Kashmir, the cycle of violence will not be broken. Over the last year or so, Delhi has made some efforts to make a dent in the anti-India ecosystem that for many years has been assiduously nurtured and allowed to flourish in Kashmir. The most notable effort is the clamping down on the funding networks that sustain, sponsor and support the disturbances in the Valley.

And yet, despite the cases that have been filed against some of the most prominent and pivotal names involved in money laundering and terror financing, only the tip of the iceberg has been touched so far. The fact that there are serious allegations against serving state ministers, senior politicians both from the ruling and opposition parties, as well as their relatives and associates, and no real action has been initiated against them, gives an idea of the scale of the challenge confronting the Indian Republic. 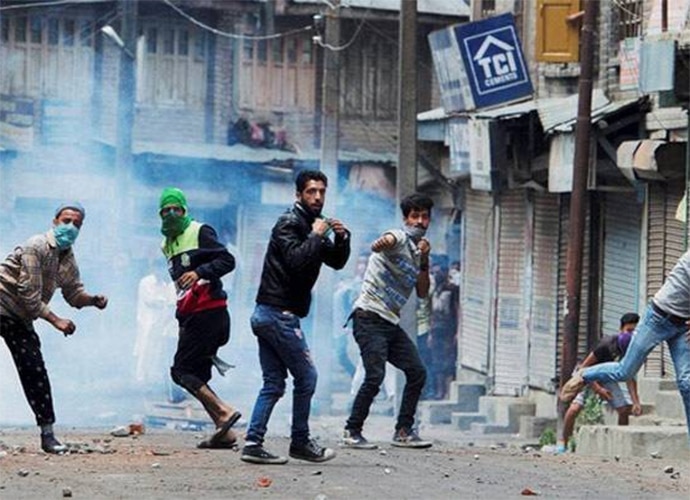 Dismantling the political, ideological, financial, administrative, cultural, educational and social ecosystem of separatism and terrorism in Kashmir will, however, take many years of concerted and concentrated action. In the meantime, the government will have to provide the necessary wherewithal to the security forces in terms of weapons, infrastructure, equipment, and legal and political support to combat and crush the terrorists. It is simply unacceptable that despite the resurgence in terrorist activity and knowing that the terrorists target military installations, these have been left vulnerable to attacks by suicide squads of terrorists.

Clearly, the security protocols and standard operating procedures in these places are outdated and not robust enough to counter the tactics employed by terrorists. It is nothing short of a scandal that for hours, sometimes even days, security forces have no clear idea of how many terrorists infiltrated and attacked their camps. The reason is simple. Recommendations and suggestions for beefing up defences have not been acted upon because of bureaucratic inertia and sloth. What the babus and bean-counters don’t appreciate is the effect on the morale of troops when not only soldiers but also their families become targets of terrorists.

At a time when international jihadist organisations like Al Qaeda and ISIS have started focussing on J&K, Islamist radicalism has found many adherents, and the Pakistanis are working overtime to reignite the fires of jihad in the state, for the government to talk tall but not demolish the bureaucratic obstacles to provide the security forces with what they require to fight and defend themselves is nothing short of a compromise with national security.

There is no denying that Kashmir is now in the throes of a second insurgency. While this round may not last as long as the first one, it is likely to be bloodier and messier. India must, therefore, be prepared to dig in for the long haul. And even as India works to demolish the ecosystem of separatism, it must put in place administrative systems, political structures, and security strategies that not only defeat the terrorists but also prevent a third recurrence.

#Separatists, #Terrorism, #Kashmir, #Jihad
The views and opinions expressed in this article are those of the authors and do not necessarily reflect the official policy or position of DailyO.in or the India Today Group. The writers are solely responsible for any claims arising out of the contents of this article.