Is Pakistan eyeing a space race with India?

Both nations are eyeing 2022 to send their astronauts into space. But who exactly will Pakistan send?

In 2017, Pakistan’s then-Air Chief Marshal Sohail Aman announced that Pakistan would be able to send astronauts into space within two years.

Meanwhile, Pakistan's minister for science and technology, Fawad Chaudhury, again announced (he announced this in October last year) that Pakistan will send its first astronaut to space in 2022. The selection process would start from February 2020. Fifty people will be shortlisted. The list will then come down to 25 — and in 2022, the first would be sent.

Proud to announce that selection process for the first Pakistani to be sent to Space shall begin from Feb 2020,fifty people will be shortlisted — list will then come down to 25 and in 2022 we will send our first person to space,this will be the biggest space event of our history

Now, it's not a bad thing if Pakistan says it's shifting from pure and unabated violence into space science resources and expertise for research purposes. But why the announcement of an already announced programme created such ripples is not clear.

There can be a few reasons:

Pakistan’s Space and Upper Atmosphere Research Commission (Suparco) came into existence in 1961, eight years before the Indian Scientific Research Organisation (ISRO). But Suparco is no match for India's ISRO and Pakistan is very far behind India and China in this race.

Obviously, Pakistan will do it with Chinese help.

Russia, the United States and China are the three countries to have sent astronauts into space. Many Indian-origin astronauts (Rakesh Sharma, Kalpana Chawla) have been in space, but not as part of India’s missions. 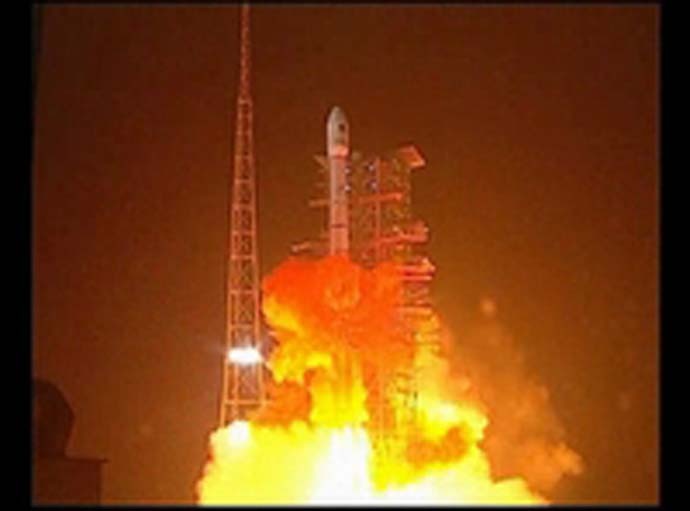 What a tiny rocket you have: Pakistan's space science and research record have not exactly been noteworthy. (Photo: Suparco website)

The fourth spot is still empty.

ISRO is also preparing for India’s first Human Spaceflight Programme (created in 2007) — which will send three astronauts into space. And India’s deadline, too, is 2022 — 75 years of our Independence.

To keep up the good PR

Imran Khan’s US visit is open to various interpretations. It managed to get good press. It was kind of a soft-launch of Imran Khan in Washington where at least, Pakistan got to be represented in a different way.

And as soon as he gets back, his minister announces this space mission. If nothing else, this could be well-orchestrated PR machinery to keep some good words about Pakistan lingering in space, sorry, the air. See you in space? (Photo: Reuters)

Then, it found a new partner in China.

Now that Imran Khan has apparently pressed the ‘reset' button in the US-Pakistan relationship — at least, that’s what the PTI government wants us to believe — the re-announcement of the space mission can’t be coincidental.

But how this often-tricky relationship even goes remains to be seen. Who knows, given the vagaries of both the Pak army and the changing tides of American favour on Pakistan, it could even be Imran Khan who's the lucky first Pakistani getting sent to space!

Also Read: Imran Khan Gets Trumped: The Imran Khan-Donald Trump meeting was a desperate job interview, not a state visit