'Rigged', 'selected', 'confused': A concise guide to the vocabulary of Imran Khan's critics

The main purpose of these buzzwords apart from the construction of a narrative of victimhood of Khan’s political rivals is to create an environment of negativity within Pakistan.

In Pakistan, in the last few months, in an effort to contain their shock and disappointment at having seen their favourite political parties voted out of poor, the glib and the shrewd have been forced to have a great deal of free time. And while watching their political favourites fade into background, held legally answerable for the enormous amount of money they seem to have amassed innocently unaware of where they got it from, and sentenced to prison, there is a new activity to keep their twitchy minds in action: invention of catchphrases.

Political leaders in opposition use it. Those who call themselves political analysts use it. Editorials and op-eds have it in abundance. TV anchors spout it. Influential tweeters use it. Trolls use it. There is excessive repetition. The intention is to form a roar like that of a wounded lion that would give the impression of it being the truth and nothing but the truth.

The buzzwords, the argots, the patios are devoid of imagination. Their singular purpose is so blatant it is like a giant neon-sign on a darkened intersection. There's a new buzzword every month in Pakistan — to discredit the Imran Khan government. (Photo: Reuters)

First came the slogan of “pre-election rigging.” Along with the justified grievances of jolts to the supremacy of civilian power and accelerated speed of disqualifications were the chants of the 2018 elections to be “pre-rigged.” It is of no consequence that the same elections produced neck and neck contests, the PTI lost many important constituencies all over Pakistan, and despite getting an over-all better number, faced a grim battle to form governments in the centre and Punjab. And it is of no consequence that the same elections would have been accepted as free and fair if the winning party was one of those that had been in power so many times people like me who suck at maths have lost count: PML-N and PPP.

Then came the buzzword of “the selected prime minister.” Despite the reality of almost all elections in the history of the last five decades to have been labelled rigged, the one in which Imran Khan emerged victorious, is — you guessed it —more rigged than all others, and Khan alleged to be the “handpicked one” of those who are alleged to have the real power: the men in khaki. The incredulity at seeing a person other than a Sharif or a Bhutto/Zardari/handpicked by Zardari to become the prime minister of Pakistan was the pain more than that of what the stepsisters felt watching the Prince Charming take Cinderella’s dainty foot in his royally gloved hand to see if the glass slipper fitted her. Millions of Pakistanis who voted for Khan be damned, the fact that the votes of those who didn’t vote for Khan weren’t enough to get his political rivals to the finishing line is so unpalatable that a new narrative had to be constructed. 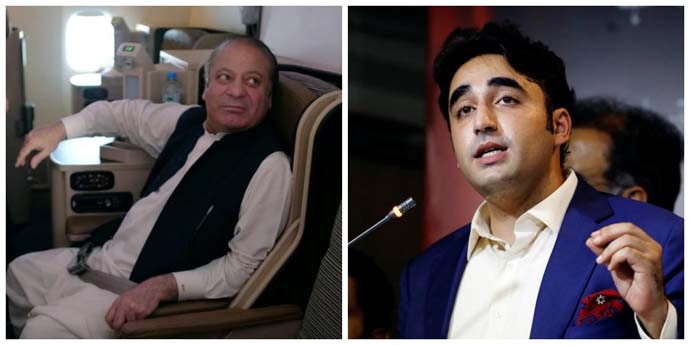 The pain of not seeing a Sharif or a Bhutto/Zardari/ in the chair is intense. (Photo: Reuters)

Along came the next catchphrase, this one had many words: “Lack of knowledge” of how to run the government. Khan’s cabinet is clueless. Khan’s ministers don’t know their economics from their international relations. Khan’s advisers are sharp dressers but not fit to be giving him advice on how to eliminate terrorism or increase foreign investment. Khan’s committees on various public sectors are as useless as the committee (kitty in Indian jargon) parties of bored old begums and newly rich socialites: high on appearance, low on productive outcome.

Immaterial is the simple fact that despite it being Khan’s first time as the prime minister, his commitment and genuineness to work on the macro and micro issues of Pakistan is categorical and beyond reproach. And that Khan accepting the idea of failure for some of his ideas and ideals is very clear about having a regular, reportable and verifiable system of implementation, progress and immediate and short-term result of initiatives and policies on the federal and provincial level.

There was also one that was as short-lived as most Machiavellian wiles of those coining it: “Imran Khan’s government is a failure.” The three-month-old government of Khan has had so many obituaries written by naysayers sponsored or promoted by his political rivals, it is safely in the range of the number of conspiracy theories regarding that one question that has been on the minds of the Americans since 1963: who killed JFK? The 'selected PM': Almost all elections in the last five decades have been labelled rigged. But Imran Khan emerged 'victorious' in this regard. (Photo: India Today)

The latest one is a twist on all of the above, giving all the failed ones a tweak, and coming up with one that is easy to establish and hard to repudiate: Khan’s government suffers from “confusion”. Seriously? A government that inherited an almost broken economy, most major state institutions in disarray, foreign policy a mess, and most of its indexes in a downward spin, all that is being done is rejuvenation of the economy and rehabilitation of the system. And whereas all that is easy in theory or in a Hollywood movie, in real life it is a long, slow, very hard and a very complex process. Prices of utilities are high, the value of rupee is down, new taxes have been added, and things seem bleak. What there is not: confusion. What there is: a government in Islamabad that is doing its best, at times faltering and finding a new way, but steadfast and singular in its mission. To turn Pakistan around.

The government of Imran Khan is not a failure, it is not lost, it is not confused. It is aware of the issues that beset Pakistan, and it is committed to finding a solution to each one of that. Turning the economy around is the responsibility, the aim and the promise of this government. A robust economy is instrumental in reduction of poverty, illiteracy, injustice and corruption, and Khan’s government is focused on its attainment. Khan is not merely suggesting the chickens and the buffaloes; what Khan is doing is the formation of a solid infrastructure; a modern, safe and transparent environment for business, local investment, entrepreneurship and foreign investment; construction of dams; freedom from dependence on foreign loans and aid; and a system of fiscal accountability.

The main purpose of these buzzwords apart from the construction of a narrative of victimhood of Khan’s political rivals is to create an environment of negativity within Pakistan. It is a diversion tactic to take the attention away from corruption cases on leaders of PML-N and PPP. It is to establish the idea that things are not good. It is to alarm a nation already in their day-to-day battle of existence that Khan’s government is a sham, that it is a failure in four months, and that it is confused as hell. That your life will not change, that you were better off in the time of the previous governments, that things will simply worsen, and that Khan’s promises are just that: promises.

Khan’s promises may have been many, some apparently vague, some difficult to achieve, but none unrealistic, none utopian, and what remains unchallenged is his absolute sincerity and dedication to turn them all into reality. Real life is not a miracle, and neither is real governance. Factual and rational criticism is essential to keep a government under constructive scrutiny. That is rare in Pakistan. What is in abundance is the phenomenon of the gratuitous. The short- and long-term result of hyped headlines, distortion of statements, pontification through editorials, noise on TV, unverifiable allegations in public events, twisting of facts on Twitter, exaggerated lamentation pieces in foreign publications, viralling of contemptuous hashtags and condescending commentary in panels in conferences and talk shows is to establish, endorse and enable the propaganda: failure of Imran Khan government.

But as a wise man said, “The whole aim of practical politics [in this case, propaganda] is to keep the populace alarmed (and hence clamorous to be led to safety) by an endless series of hobgoblins, most of them imaginary.” And that “Effective leadership is not about making speeches or being liked; leadership is defined by results, not attributes.”

Khan’s government will work and Khan’s government will do its best to rid Pakistan of its small and big issues. Yes, I believe that to be true based on my deep observation of the working of Khan’s politics and his government. And it is also because right now when I’m writing about Imran Khan as the prime minister of Pakistan, I came across this quote that says quite succinctly what I wish to say, and it is so Khan: “The leader has to be practical and a realist, yet must talk the language of the visionary and the idealist.”

Also Read: Pakistan has got a national pastime. It's blaming Imran Khan

#Criticism, #PTI, #Imran Khan, #Naya pakistan
The views and opinions expressed in this article are those of the authors and do not necessarily reflect the official policy or position of DailyO.in or the India Today Group. The writers are solely responsible for any claims arising out of the contents of this article.