Beyond Balakot: Why the sudden deployment of INS Vikramaditya off the Pakistan coast is significant

As Pakistan Day approaches, this could be a general security arrangement in our part of the seas. Or, it could be a deployment based on specific intel inputs, including possibly of 'samundari jihad'.

These are as follows.

The naval assets were part of a major defence exercise held in the Indian Ocean region recently. The exercise was to end on March 10. But, before its formal conclusion, these assets were redeployed reportedly as per certain exigencies. This announcement and the message of war-preparedness came on Sunday. Alongside, a Reuters report claimed that the situation between India and Pakistan during Pulwama/Balakot actually ‘spiraled out of control’ — requiring immediate intervention by US officials.

The report claims, “…at one stage, India threatened to fire at least six missiles at Pakistan, and Islamabad said it would respond with its own missile strikes ‘three times over’”.

India has denied these claims.

In-between all of this comes the announcement of this naval mobilisation. 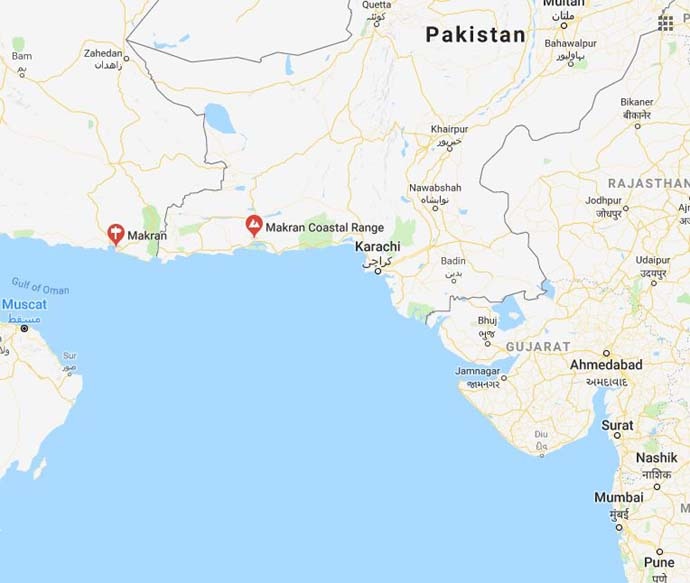 Hemmed In — The Pak Navy has not been able to venture beyond Makran Coast, due to the 'overwhelming superiority' of the Indian Navy. (Photo: Google Map)

According to a Hindustan Times report, such a huge mobilisation has not taken place since Operation Parakram, which followed the December 2001 attack on India's Parliament.

Now, Operation Parakram was the first full-fledged mobilisation since the 1971 war. It began on December 15, 2001, and ended on October 16, 2002. There was no conflict during these 10 months — but there were near-conflict situations twice.

If this naval deployment reminds defence experts of Operation Parakram, we can’t actually sit back and relax. The government has already admitted knowledge of Samundari jihad, where sea-routes might be used to attack India.

Meanwhile, Pakistan Day (March 23) — which marks the 1940 signing of the Pakistan Resolution, seeking a separate homeland for Muslims, by the Muslim League — is close.

Clearly, the Indian naval forces are not going to take any chances.

Also Read: Where is Masood Azhar?