The young CM won Sankhalim, which was a Congress stronghold, both in 2012 and 2017's Assembly elections. He is believed to be a core RSS man and also a favourite of the late Manohar Parrikar.

He was once an Ayurveda practitioner. Today, he is Goa’s chief minister.

Pramod Sawant is just 45 — but he's come a long way in his political career. Sawant, just like his predecessor, Manohar Parrikar, has been a dedicated Rashtriya Swayamsevak Sangh (RSS) worker.

Sawant took oath as the chief minister of Goa in a ceremony held at 2 am, as the BJP managed to keep its allies together following hectic negotiations that went on through the day. Who is Pramod Sawant?

Sawant is a two-time MLA from Sankhalim in North Goa and speaker of the state Assembly. His career in the BJP started as a youth leader. Sawant has held various posts in the BJP youth wing, including the post of national vice-president.

The young chief minister won Sankhalim — which was a Congress stronghold — both in 2012 and 2017's Assembly elections. He is considered a leader who follows the party’s ideology very closely.

Sawant was unanimously elected the legislature party leader before his name was finalised for the Goa chief minister’s post.

He came into prominence in the state when he led a protest in 2011 as the president of the Goa chapter of the BJP’s youth wing, against the Digambar Kamat-led Congress government over alleged irregularities in the mining sector.

Best wishes to Dr. Pramod Sawant and his team as they begin their journey towards fulfilling the dreams of the people of Goa. I am sure they will build on the work done in the last few years and boost Goa’s growth trajectory.

Sawant was chosen despite the presence of senior leaders, such as former chief minister Laxmikant Parsekar and Union Ayush minister Shripad Nayak, in the party. Sawant’s appointment as chief minister is thus a sign of the party passing on the leadership baton in the state to the next generation.

Some party insiders even say that Sawant was Parrikar’s choice to take over the reins from him because of the former’s commitment to the party’s ideology.

The transition of power in the state was necessitated after Parrikar's passing away on Sunday, March 17, a tragic loss that capped frenzied political developments, with the Congress too staking claim to power. 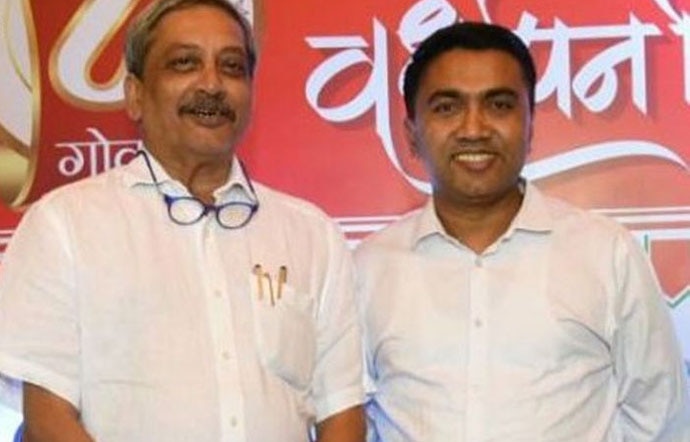 Pramod Sawant is believed to have been Manohar Parrikar's personal favourite. (Source: Twitter)

Will Sawant succeed in holding the coalition government together?

Watch this space for all the latest developments in Goa's turbulent political waters.