A sailor’s salute to Pranab Mukherjee

Pranab Mukherjee, the administrator, did not budge a millimetre while containing the political fallout. But the gentleman had no hesitation in accepting the factual position and apologising for the institutional unfairness face to face.

Shri Pranab Mukherjee was an astute politician, a seasoned administrator and a gentleman. It is rare to find the right balance in a mix of these three personal attributes in one individual. It is more common to see combinations of two, and even where all three are present, the mix is invariably tipped in one direction or another.

During the infamous war room leak case 15 years ago, my name had got unfairly embroiled in the controversy even though I personally had nothing to do with the case. The accused and punished officers were not directly reporting to me, I was not responsible for their personal misdemeanours and there was no organisational lapse attributable to me. But in response to a question from the Board of Inquiry on whether I considered myself responsible in any way, I had said that being in the hierarchical chain, since their immediate superior was reporting to me, it would be inappropriate for me to deny any responsibility. But I was not the first one in the chain and nor was I the last. 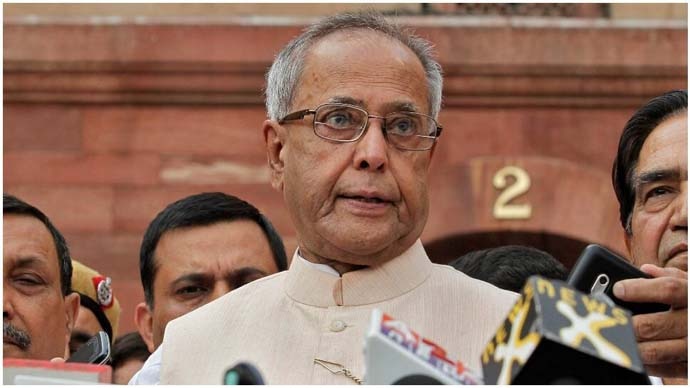 Pranab Mukherjee was a rare mix of the right balance of an astute politician, a seasoned administrator and a gentleman. (Photo: Reuters)

The Ministry of Defence (MoD) translated the above as my owning up to my culpability and the Naval Chief’s informal remark “That was a bad show” as a ‘verbal reprimand’. I was deemed to have confessed to my lapse and punished by the Chief therefor.

MoD, accordingly, turned down successive recommendations of the same Naval Chief, to appoint me as a Principal Staff Officer in Naval Headquarters, in Headquarters Integrated Defence Staff and then as Director-General Coast Guard. It was understood that the episode was a great political embarrassment to the government and it was expedient to find a senior enough scapegoat. Accordingly, the Raksha Mantri recorded on file to effect, “...I acknowledge that I had agreed to accept the Naval Chief’s recommendation for this appointment but, regret, I have changed my mind...”

A few months later, when the winds were fairer, I was appointed Commandant of the National Defence College (NDC). Immediately after taking over, I called on Pranab Mukherjee who had by then taken over as the Foreign Minister. At 8 pm on a cold December evening, I was ushered into his study, which was an outhouse at his official residence. After courteously responding to his general queries about the NDC, I tabled the issue and said: “Mantriji, about the war room leak, I just wanted you to know that I had nothing to do with it but ended up paying a very heavy price in terms of professional izzat." He looked me very honestly in the eye and said, “I know that, Admiral. I am sorry about it.”

Pranab Mukherjee — the administrator — had considered and reconsidered the issue and did not budge a millimetre while containing the political fallout. But the gentleman had no hesitation in accepting the factual position and apologising for the institutional unfairness face to face!

The seniormost minister in the Union cabinet had disarmed me and I had nothing further to say except to thank him for the consideration.

#Naval war room leak case, #Defence minister, #Pranabmukherjee
The views and opinions expressed in this article are those of the authors and do not necessarily reflect the official policy or position of DailyO.in or the India Today Group. The writers are solely responsible for any claims arising out of the contents of this article.

The writer retired as Commandant of the National Defence College, New Delhi.