This is not even about the shrinking freedom of Pakistan's media. This is a far larger and much more sinister design.

1. Three television channels went off the air in Pakistan.

2. A Twitter hashtag calling for the arrest of all 'anti-national' journalists trended.

3. An interview of former President Asif Ali Zardari was taken off the air a few minutes after it started.

4. No lampooning of political leaders allowed on Pakistan media. 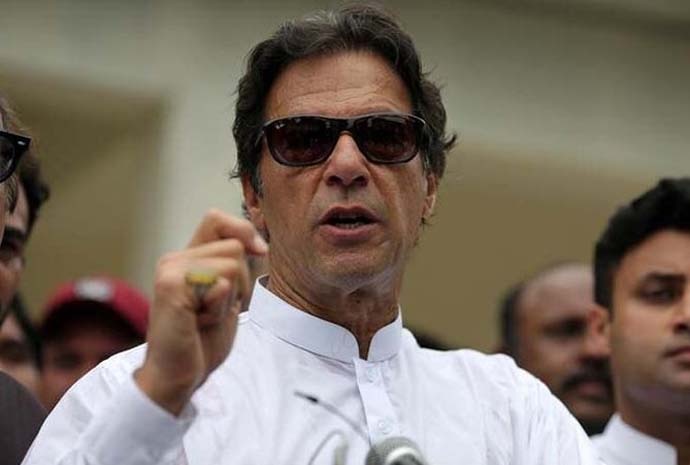 When a new government comes to power, it starts various experiments. It issues a few new orders. It recalls a few previous orders. It mixes and matches within an order to find the solution to the jigsaw puzzle called governance.

Then eventually, it gets busy with other things. The number of orders being issued comes down.

But this is not happening in Pakistan.

The Imran Khan government is not a new government any more. But it still hasn’t come to the stage where it can stop issuing gag orders — and start concentrating on graver issues facing the country.

PML-N vice president Maryam Nawaz held a press conference in which she showed some video clips. The clips showed Accountability judge Arshad Malik admitting that he was blackmailed to convict Nawaz Sharif. We don’t know the veracity of those video clips. The media could have investigated and found that out — but the news channels were warned and three of them were pulled off the air.

Asif Ali Zardari’s interview with Geo TV was taken off abruptly. And to foil any such occurrences in future, the cabinet passed a new resolution: No convicted politician will be allowed any air time on television.

The electronic media watchdog of the country, Pemra, has been directed to issue orders accordingly.

Now, this is the model Pakistan has — whoever moves out of power gets convicted by whoever moves into power. So, whatever decisions are being taken now will one day come and bite back Imran Khan too.

But what’s more concerning is that the government is not finding its way forward — or, more accurately, it's not being allowed to find its way forward.

It will perpetually remain in the throes of 'experiment' — and, meanwhile, it will continue threatening freedom and fundamental rights — in various forms.

Also Read: Imran Khan is a prisoner of his own image. This is why he is the best bet for India