Boycott Pakistan Strategically: Terror and sports never go together because ethics is no game

Compete in multilateral contests but no India-Pakistan matches. We must cut out direct sporting ties with a nation that sponsors terrorism. By playing bilaterally with them, we legitimise their duplicity.

In 1974, India reached the Davis Cup tennis final for the first time. Our opponents — South Africa.

I was a tennis fan. I had represented my school, West Buckland in Devonshire, in tennis matches around England. In 1974, I travelled to Calcutta to witness a key Davis Cup match between India and Australia. When India defeated tennis power Australia and then, the Soviet Union, to reach the Davis Cup final for the first time in history, I should have been thrilled.

Because India’s opponent in the final was South Africa. 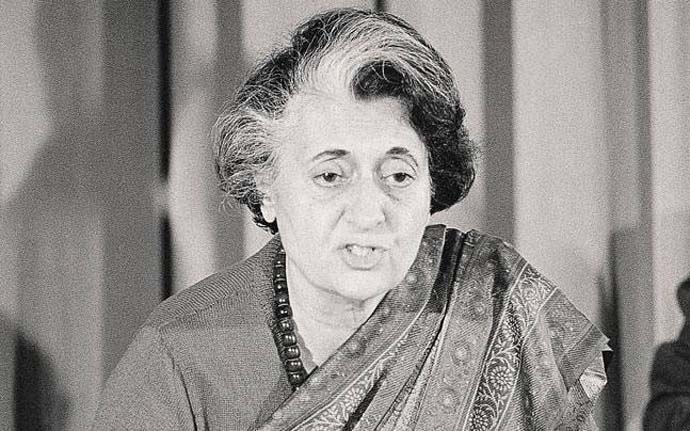 We were young, but not so young as to be blind to the grotesque practice of apartheid that kept South Africa’s black majority population in near slavery to the small white colonist minority, drawn mainly from Britain and the Netherlands.

We put aside our love for tennis and as students fully supported the Indira Gandhi government’s decision to forfeit the Davis Cup final against South Africa.

Global pressure on South Africa increased. The West, led by the United States (with its horrific history of slave trading) and Britain (with its equally brutal history of colonial invasions), had long protected white South Africa’s apartheid with trade and sporting links.

But, as global outrage over apartheid grew, other countries began to boycott South African sportsmen.

South Africa was banned from the Olympics and international cricket.

By 1992, apartheid was gone, Nelson Mandela freed from the prison he had been incarcerated in for 27 years and South Africa re-admitted to the global community.

Cricket played a key role. In 1968, the mixed-race English cricketer Basil D’Oliveira had been refused permission to play in South Africa as part of the England Test team. An outraged TCCB (Test and County Cricket Board, as the body governing cricket in England was then called) cancelled the tour.

The growing isolation of South Africa hastened the end of apartheid.

Sport has frequently been used to punish countries — or convey a political message. At the height of the Cold War, the United States boycotted the 1980 Moscow Olympics. In retaliation, the Soviet Union boycotted the 1984 Los Angeles Olympics.

Following the Pulwama terror outrage, should India boycott the match against Pakistan in the 2019 World Cup in Manchester on June 16?

India can’t boycott international tournaments from the Olympics to the Cricket World Cup just because Pakistan is competing. India’s sports strategy should, therefore, be to ban all bilateral sports with Pakistan while continuing to compete in multilateral tournaments.

India should play in the 2019 Cricket World Cup — but forfeit the match against Pakistan on June 16. It will send a powerful global message about India’s zero tolerance for terrorism.

But the two points don’t matter.

India’s policy must, therefore, be coherent and consistent — no bilateral sport links with Pakistan. In multilateral events, forefeit points against Pakistani teams, whatever the consequences to the medals tally. The blood of India’s martyrs, who fall victim to Pakistani terrorism on a near-daily basis, is above winning medals. We love to beat Pakistan. This time, we must beat them by refusing to play them. Because they're not worth it. (Photo: Reuters)

A common argument is — don’t mix politics in sports. But politicians and the army in Pakistan do exactly that. The Pakistan Cricket Board (PCB) is run by the army. Prime Minister Imran Khan is the PCB’s patron.

Pakistan’s cricket captain Sarfaraz Ahmed said he was “disappointed” that cricket was being targeted after the Pulwama terror attack. Note that he didn’t say he was disappointed about terrorism, nor did he condole the CRPF martyrs. Instead, he added insouciantly: “I don’t recall Pakistan ever mixing sports with politics.” This looks great fun — but it's time India stops this and honours our brave martyrs instead. (Photo: Reuters)

It isn’t just the army, politicians, media and religious extremists in Pakistan who are viscerally anti-Indian. The average Pakistani, bred on text books and other propaganda that paint India as the villain, is equally hostile to the idea of India. That idea conflicts with the idea of Pakistan where, for example, the persecution of Ahmadiyyas is constitutionally permitted.

Pakistan has used terrorism in India and Afghanistan for two separate reasons. In Afghanistan, the strategy is to give Pakistan global leverage. It blackmails the US by threatening to cut loose the Taliban terror group (which it created and controls) unless global powers continue to allow it to use terrorism as an instrument of foreign policy.

In India, the Pakistani army uses low-intensity conflict to ensure its centrality in the country with the economic rewards that brings. For Pakistan, terrorism is an instrument of state policy. But just as terror and talks don’t go together, terror and sports don’t go together either.

India is preparing a strong multi-dimensional response to the Pulwama terror attack.

The fight against Pakistan-sponsored terrorism in Kashmir, Punjab and the rest of India will be a long and hard one. Playing against Pakistan in sport — any sport — should be farthest from every Indian’s mind. Pakistan has given us nothing but grief. Why should we give them the dignity and joy of playing against India? (Photo: Reuters)

India contributes over 70% to global cricket revenue through television viewership and sponsors — if it used its clout more effectively, the International Cricket Conference (ICC) would fall into line rapidly.

A worry India has is being banned from hosting Olympic events after two Pakistani shooters were denied visas for the world shooting championships. The right strategy should be to allow Pakistani competitors in multilateral tournaments, in India or abroad — but forfeit any direct contest with them, whatever the cost in medals.

Forfeiting a cricket match in the 2019 World Cup against a state sponsor of terrorism and sacrificing two points is a small price to pay to honour the martyrs of Pulwama.

#World Cup, #Cricket, #India-Pakistan, #Pulwama
The views and opinions expressed in this article are those of the authors and do not necessarily reflect the official policy or position of DailyO.in or the India Today Group. The writers are solely responsible for any claims arising out of the contents of this article.