This nation needs a polite reminder.

We did not have to go to war with the British to drive them out of this country. This, despite the fact that they were bigger and bolder — compared to the ethically-challenged and fragile nation named Pakistan.

This nation has the resilience to bring a terror-sponsoring country like Pakistan to its knees — without putting a finger on the bomb. So, can we just step back and work towards a rational plan of action — diplomatic, economic, internal — that will break the enemy’s back. Of course, diplomatic and economic pressures are already building up, but it is the internal push that needs to be a little more aggressive.

To begin with, it’s time we stopped playing to the global gallery.

Either you aim at winning the global popularity vote — or you pay heed to the pressing need of calling a spade, a spade. We can teach them a lesson — but we need to learn one internally too. (Source: Reuters)

People pelting stones during an army operation is not 'democracy in action' — it’s obstruction of a mission, a critical terror operation. If stone pelters have human rights, so do the soldiers who are in Kashmir — away from their loved ones and families, guarding our borders. If their safety requires giving them the right of way while their convoys are moving, please make way.

After all, we do make way for VIP movement in Delhi, and more importantly in the Valley, to protect politicians in motion!

And for the nation’s sake, Kashmir's locals hanging photos of an anti-national Jaish-e-Mohammed recruit like Adil Ahmed Dar with an AK-47 in their 'baithak' — showcasing it almost as a badge of honour — have to be called out. Locals congratulating Dar’s father for his son’s feat have to be labelled as accomplices in terror mongering.

This is neither freedom of expression, nor is it democracy at play — this is called 'sedition'.

And here is my request to the armchair war-mongers as well who are getting louder and more unruly by the hour. If you do not have a son or a daughter or a loved one stationed at the border, check the broken needle of your moral compass when you cry 'War!'. Stop war cries coming from within studios and drawing rooms if you do not have a loved life at stake. Only the soldiers have the moral right to decide the right time to go to war. You cannot build national character by building a narrative for war — hiding in those cosy armchairs of opinion. 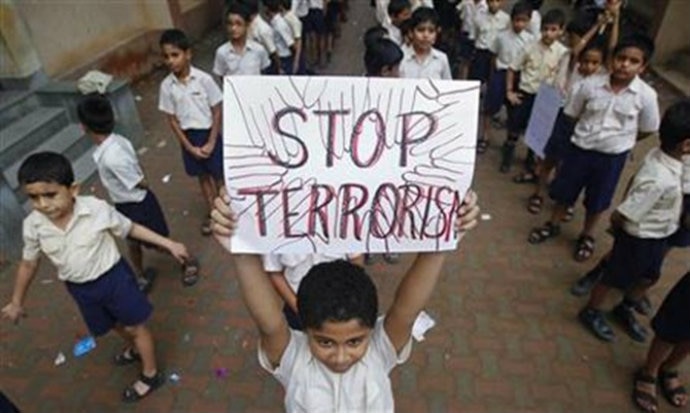 Next, please contain this nauseating nationalism born out of opportunism. It should not take the death of 40 soldiers who didn't even get a chance to fight to make you rediscover your patriotism. The feeling cannot be sporadic. It should be a consistent strain running through the DNA of the nation, not just in times of crisis but in times of peace too. That is what gives everyone time and space to think through a stable and sustainable policy for fighting terror.

Finally, anyone using the Pulwama attack as a reason to harass Kashmiris living in their neighbourhood, across India, should, in my view, be thrown behind bars. They should not be allowed to see daylight till they apologise for being so small-minded — and till they develop a heart big enough to be eligible to be called Indian.

Let us fight these internal battles first to win the larger war.

#Adil ahmed dar, #Jaish-e-mohammed, #Sedition, #War mongering
The views and opinions expressed in this article are those of the authors and do not necessarily reflect the official policy or position of DailyO.in or the India Today Group. The writers are solely responsible for any claims arising out of the contents of this article.