So far, in the battle of perception, it's advantage Team Rahul. Congress looks cool, controlled, composed. BJP looks the opposite.

In the age of post-truth, facts often drown in the narrative. PM Narendra Modi knows it better than most politicians. But, on the Rafale controversy, Modi government’s communication strategy is floundering. 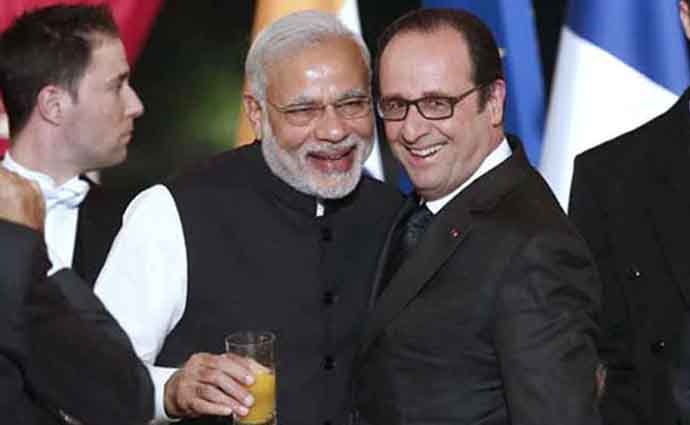 A rough deal: Rafale is the last assault to try and destroy Prime Minister Modi's image of incorruptibility. (Credit: Twitter)

The Congress seems to have got its communication act together. Opinion is still divided on its social media strategy. But it is doing much better on messaging and media management. It is using Rahul Gandhi for all direct attacks on the Prime Minister. In the process, it is positioning Rahul as the sole challenger to Narendra Modi.

That is smart strategy.

None of the other Opposition leaders are putting themselves on a 1:1 confrontation with Modi. Hence, by default, it is turning into a Modi versus Rahul battle in 2019. That may be a high-stakes gamble, but the Congress has decided to go for it. Rahul aside, the Congress has got a team of very articulate spokespersons. The team comprises many top lawyers. Leading the pack is Randeep Surjewala, who comes across as a trained communicator. The Congress is displaying far greater discipline, keeping its motormouths in check. Even mavericks like Digvijaya Singh have been rather restrained. It selects its TV panellists with care, such as Rajiv Desai, who has been a career PR professional. At the state level too, a defined hierarchy seems to be in place. So, there have not been too many instances of verbal malfunction — this is a vast improvement over 2014.

In contrast, the BJP’s communication appear scattered and inconsistent.

The strategy is to keep its star campaigner, Narendra Modi, insulated from the noise on the ground. That is understandable. The Prime Minister should be free of distractions. He has to focus on communicating the government's achievements to the people. He cannot get diverted from course by decoys in a crucial election year.

The BJP’s weak link is the lack of competent communication resources down the line. Some of its best spokespersons are now in the government. For instance, Smriti Irani, Nirmala Sitharaman, Piyush Goyal — it is not so easy for them to hop in and out of TV studios or hold press conferences anymore. On top of that, the BJP’s man of all seasons, Arun Jaitley, is in and out of action due to health reasons. Version Vs Version: Arun Jaitley has said the Rafale deal is clean. His version is strongly challenged. (Credit: PTI file)

Leaving aside the talent deficit, the more fundamental issue is one of strategy.

Here, Rafale can be a great case study.

Right from the beginning, Modi was cautious about the Defence portfolio. He knew Defence purchases have been the Waterloo of many governments. So he kept the position vacant, till he found someone completely trustworthy. The choice of bureaucrats for the Ministry of Defence went through similar scrutiny.

In hindsight, it appears the Modi government was somewhat naive in how it went about the Rafale deal. Due to inexperience, it may have underestimated the pitfalls of defence purchases. Rather chuffed, it boasted about how it had cleaned up the process by eliminating middle-men. But the competitors of Rafale, and their agents, kept their powder dry for firing at an opportune time.

Once the controversy erupted, the BJP’s defences cracked. Their responses have ranged from the confused to the comical. It started by taking cover under the confidentiality clause. Generic answers on the revised prices raised more questions than it answered.

On the choice of the Anil Ambani Group as the “off-set partner”, the government was on the defensive. It was already carrying the tag of "suit-boot sarkar" on its sleeves. Now, it had to contend with shrill cries of crony capitalism.

Tied up in knots, the BJP pulled out all kinds of people to bat — each more clueless than the other. There were ministers, politicians, party spokespersons, Twitter warriors et al. A yesteryear starlet came up with a bizarre video shot by her filmmaker husband to explain the deal. Many a slip 'twixt cup and lip: The Rafale deal has a bewildering choice of people 'defending' it. (Credit: Screenshot/YouTube)

Meanwhile, the Congress went about their business in a cool and systematic manner.

After testing the atmosphere with a few initial salvos, the party did its own research. They found the Rafale story was sticking in public imagination. After Bofors, even the common man understood what “defence kickbacks” are. The Ambani name resonates with the public whenever talk of mega deals come up.

Rafale had all the ingredients of a blockbuster.

The Congress decided to up the ante.

The strategy was well-crafted by professional campaign managers. Rahul Gandhi led the frontal attack with information fed by sources. The party unleashed a 360-degree campaign by co-opting sympathetic elements in the media. Its own much improved social media team drummed up surround sound. Some “independent” voices also joined the campaign, giving it added credibility. Whether Arun Shourie, Yashwant Sinha and Prashant Bhushan came on their own is not known.

The construct for the 2019 battle is simple and straightforward. Modi and Amit Shah make no secret about their mission of “Congress Mukt Bharat”. In the same spirit, the Gandhi family’s single-point agenda is “Modi Hatao”. The BJP’s chips may be down under the weight of anti-incumbency in many parts of the country. But, the Gandhis know, Modi can still carry it over the hill on his lone shoulder.

The only way to stop that is to stop Modi on his track.

The Congress has been working on destroying Modi's standing as a leader on every count. They have run down Modi's handling of the economy, foreign policy, law and order and defence. But one area in which Modi has remained untarnished is personal integrity. Rafale is the last assault to try and destroy his image of incorruptibility.

Team Rahul should be happy with the progress they have made so far.

In comparison, the BJP’s communication team appears to be out of depth and floundering.

Most BJP spokespersons are clueless about the facts, let alone the fine print. Some BJP ministers do not seem to understand the meaning of “offset”. They confuse it with local manufacture of aircraft. Instead of taking these issues head on, they go off on tangents. The common man needs pointed rebuttals, not obfuscating rhetoric.

The BJP's social media teams keep waging hashtag wars that serve little purpose other than adding fuel to the fire. Responding to #HamaraPMChorHain with #RahulKaPuraKhandanChorHain only degrades the debate.

What the BJP needs today are professional crisis communication specialists from overseas. Unless it gets this and does the needful, Modi may well have to be his own saviour, without much help from his colleagues.

So far, in the battle of perception, it is advantage Team Rahul in what could be a political French Open.

Also read: Will Rafale deal be able to dodge the political fusillade?

Post your comment
#Modi government, #Emmanuel Macron, #Francois Hollande, #Rafale Deal
The views and opinions expressed in this article are those of the authors and do not necessarily reflect the official policy or position of DailyO.in or the India Today Group. The writers are solely responsible for any claims arising out of the contents of this article.