The controversy over the Narendra Modi government’s decision to purchase 36 Rafale fighter jet aircraft from the French company Dassault Aviation has been dominating India’s political discourse for the last several months.

The ruling Bharatiya Janata Party and the main Opposition party Congress are at loggerheads over the deal. According to the Congress, the government has violated procedure and bought aircraft at a price which is three times higher than what the Manmohan Singh government had negotiated. 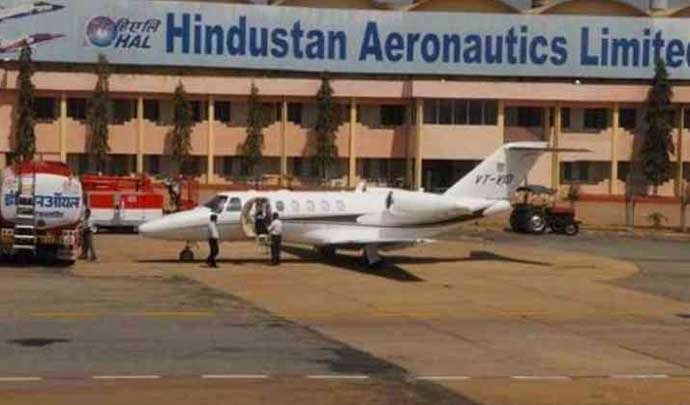 Questions have been raised over why Hindustan Aeronautics Limited wasn't given the offset contract for the Rafale jets. (Source: Twitter)

The Congress has also accused the Modi government of ‘gifting’ offsets to the tune of 3.9 billion euros to Reliance Defence — a company that has no experience of making jets or defence equipment and in the process inflicted massive losses on Hindustan Aeronautics Limited (HAL).

Watch Éric Trappier, Chairman @Dassault_OnAir, on 25/03/15 speak, in the presence of IAF & HAL Chiefs, about responsibility sharing on the Rafale contract. 17 days later PM Modi gave the contract to Reliance.@nsitharaman should resign for lying to the nation. #RafaleModiKaKhel pic.twitter.com/6VoIcFjPlg

The Congress has claimed that the video is proof of the fact that Dassault and HAL had almost finalised the agreement.

To explore this aspect and HAL’s role in the deal, India Today filed a series of Right to Information queries with the public sector undertaking (PSU).

a) What kind of understanding HAL had with Dassault Aviation regarding Rafale fighter jets?

b) Did HAL chairman visit the Dassault facility in March 2015?

In response to the first question, HAL said, “HAL is not party to Rafale procurement”.

Dismissing the Congress' charge, the PSU said, “The chairman of HAL did not visit the Dassault facility in March 2015.”

India Today further filed an RTI and asked about meetings between HAL officials and Dassault Aviation officials in the last five years. The details that the RTI query sought included dates, agenda and venue of each meeting. It also sought the names of representatives from HAL and Dassault who (if at all) attended these meetings. 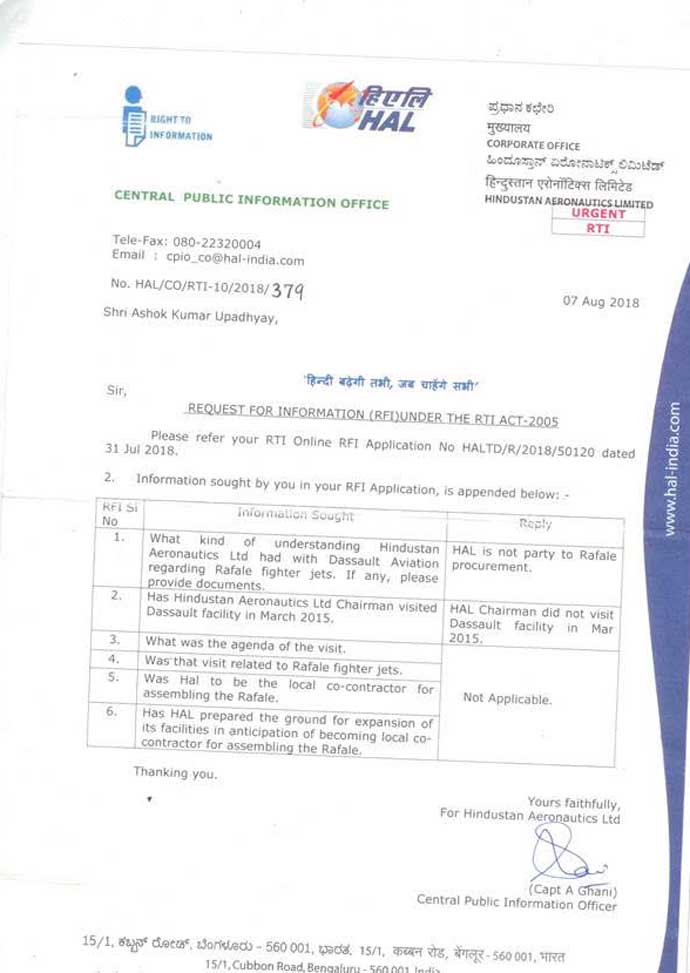 “The meetings coordinated by Marketing Dept HAL, Corporate office were held on 22nd June 2014 and 27th July 2014. The meetings were led by Off. GM (MMRCA) and Offg. GM (Offsets) respectively from HAL side and by VP (Intl Coop) from Dassault Aviation side. (sic)”

Though HAL did not divulge the agenda and venue of these meetings, it said that meeting were held between the HAL and Dassault officials in 2014.

In response to the projects on which HAL and Dassault Aviation are working on and have worked on, the PSU’s response read: “Mirage upgrade and overhaul projects.”

In another RTI India Today asked, “How many projects is HAL working on in the field of manufacturing aircraft under licence”

Also read: What we know about IAF's upgrade plans with made-in-India aircraft